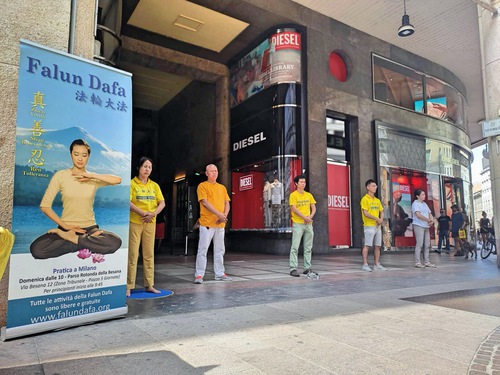 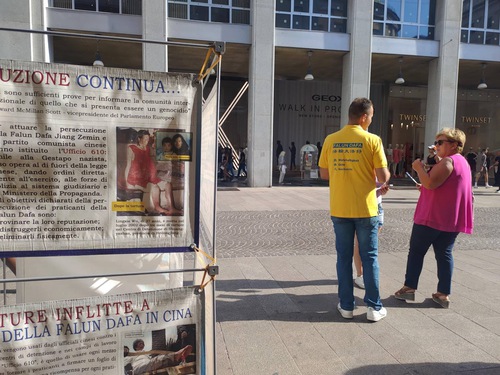 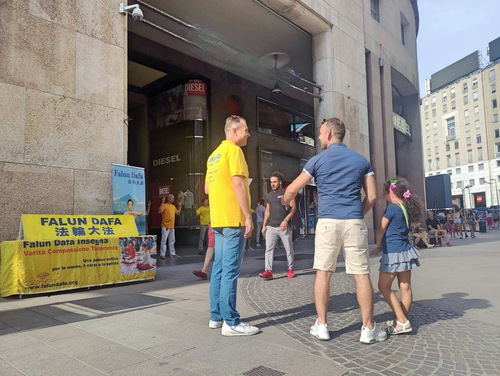 Falun Gong practitioners set up display boards, demonstrate the exercises, and talk with passers-by about the spiritual practice and the CCP’s persecution in Milan on August 27, 2022 .

The practitioners’ activities drew the attention of passers-by and tourists. Many people stopped to watch the exercise demonstration. Some took photos and videos. Some talked with practitioners to learn more about the persecution. Some Chinese people accepted informational materials in their native language. Some passers-by expressed their sympathy and support for Falun Gong, when they heard that in China, Falun Gong practitioners, people who are following the principles of “Truthfulness-Compassion-Forbearance,” were illegally arrested, detained, and tortured by the CCP.

A family from Piedmont stopped to read the information about the CCP’s persecution of Falun Gong, and the woman asked for more details. When she learned that the persecution was still going on, she was surprised and expressed her support for Falun Gong practitioners in their peaceful protest of the persecution. 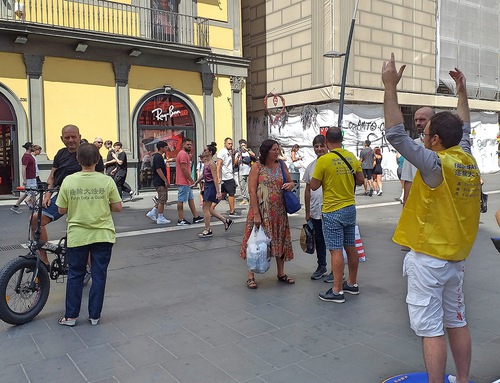 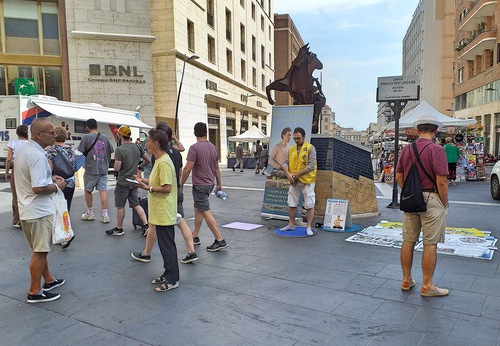 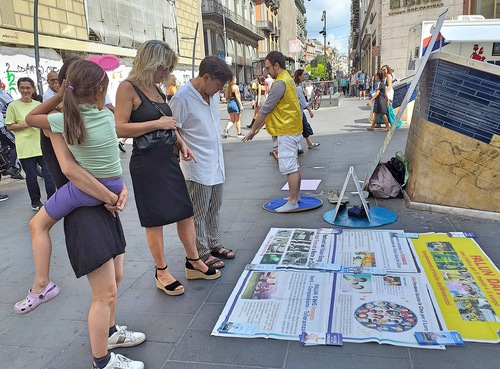 On the same day in southern Italy, some Falun Gong practitioners in Naples and Basilicata held a truth-clarification activity on Roma Avenue, the most lively commercial street in the center of Naples.

After a middle-aged man learned in detail how the CCP persecutes Falun Gong practitioners, he expressed that he wanted to let more people know the facts, and ask them to sign the petition calling for an end of the persecution.

Jiang Zemin, the former head of the CCP, perceived the spiritual discipline’s growing popularity as a threat to the CCP’s atheistic ideology, and on July 20, 1999, he issued an order to eradicate the practice.

Under Jiang’s personal direction, the CCP established the 610 Office, an extralegal security organization with the power to override the police and judicial systems, and whose sole function is to carry out the persecution of Falun Dafa.

Minghui.org has confirmed the deaths of thousands of practitioners as a result of the persecution during the past 23 years. The actual number is believed to be much higher. Countless practitioners have been imprisoned and tortured for their faith.