(Minghui.org) August 22, 2022 is International Day Commemorating the Victims of Acts of Violence Based on Religion or Belief. On this day, Falun Dafa practitioners in Paris held an information day event in the communities of Antony and Bourg-la-Reine, located in the southern suburbs of Paris. The events exposed the Chinese Communist Party’s (CCP) persecution of Falun Dafa, which has been going on for 23 years. They also called on people to support the efforts to end the persecution.

Antony and Bourg-la-Reine are the most densely populated areas of Paris, and are also two of the best preserved historic sites from King Louis XIV’s reign. 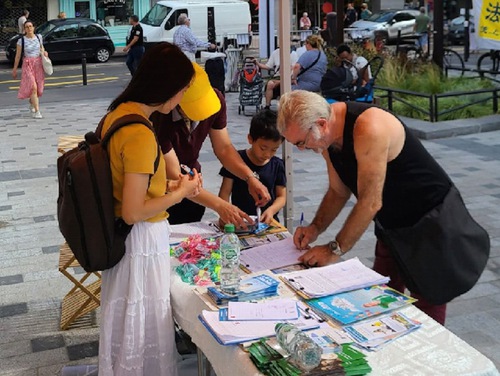 Passers-by sign a petition to support practitioners’ efforts to end the persecution. 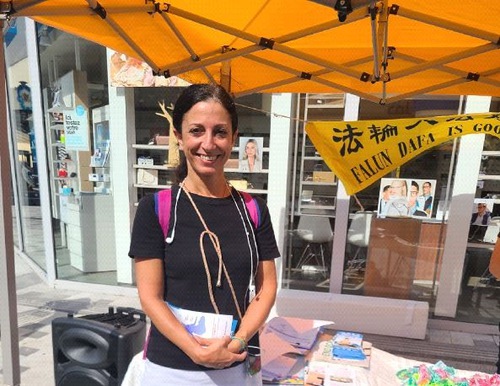 Ms. Gabaret is a French language teacher in Antony. She said she appreciates China’s traditional culture and has practiced Tai chi. She felt grieved by the persecution that Falun Dafa practitioners are facing in China and said that she wants to tell her friends and colleagues about it so that more people can learn the truth. She also left her contact number and said that she is willing to teach French free-of-charge to Falun Dafa practitioners who escaped from China due to the persecution. She would like to help them to adapt to life in France as soon as possible. 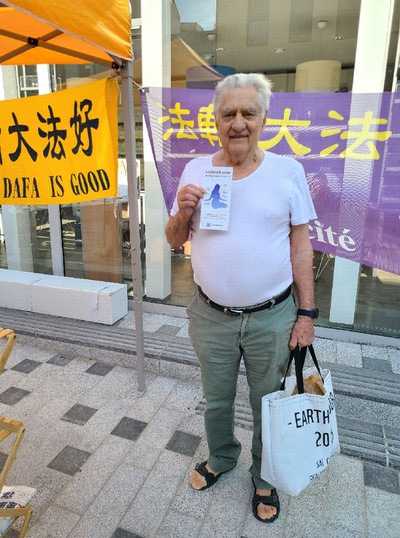 Mr. Grosse gave practitioners a thumbs up every time he passed by their booth and praised their courage.

Mr. Grosse is the retired director of the Atomic Energy Commission (CEA) of the Saclay Nuclear Research Center. He repeatedly stopped by the practitioners’ booth and gave them a thumbs up each time. He praised their courage and condemned the CCP’s surveillance of people. “Everything there is being controlled and there is no normal life anymore,” Mr. Grosse said, adding that the CCP regime has a fascist nature. 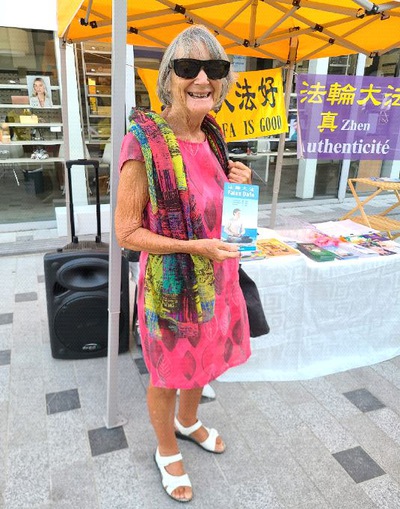 Ms. Bertrand from Australia encouraged her family to sign the petition.

Ms. Bertrand, who lives in Australia, was visiting her family in France. She said that she learned about Falun Dafa in Australia and immediately signed the petition. Ms. Bertrand urged everyone standing near her, including her husband, to sign the petition. She said that she has always objected to the CCP’s cruel suppression of religious believers.

Practitioners set up an information booth on a pedestrian street in Bourg-la-Reine, near the entrance of the city’s popular market. Many passers-by stopped to read the display boards, and many said they were shocked by the CCP’s brutal persecution of Falun Dafa practitioners and the CCP’s criminal acts. 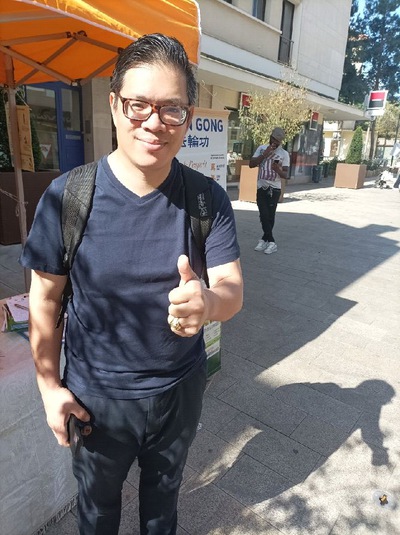 Mr. Thomas condemns the CCP regime for committing criminal acts, which are against humankind.

Mr. Thomas, who has degrees in several academic fields including mathematics, law, and biological sciences, is a member of many local associations in Bourg-la-Reine. He condemned the CCP regime for committing criminal acts, which are against humankind. “Making use of the powers in their hands, they caused the misfortune of the Chinese people. The people there are being persecuted for their beliefs,” Mr. Thomas said.

Not only did he sign the petition himself, he talked to passing residents and asked them to also sign. Among these people were a former judge from the European Court of Justice and the president of the town’s bocce club. They and many others signed the petition and condemned the CCP’s inhumanity.

Many local residents stopped by the practitioners’ booths during the events in Antony and Bourg-la-Reine. They hope that the CCP’s egregious human rights violations can be stopped as soon as possible.

“Podcast (Cultivation): “Falun Dafa Gets Mother and Son Through the Hardest of Times””

Latest Podcast
Podcast (Cultivation): “Memories of Being Steadfast in Cultivation and Returning To True Cultivation”
- Sep 03, 2022