(Minghui.org) Today’s news from China includes incidents of persecution that took place in 6 cities or counties in 3 provinces, where at least 23 practitioners were recently persecuted for their belief. 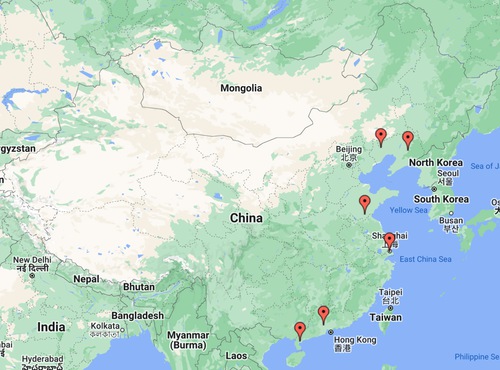 Plainclothes officers broke into a practitioner’s home in the Chikan District on September 8, 2022. They arrested 15 practitioners who were reading Zhuan Falun together.

Among the 15 practitioners, one practitioner, a teacher, was taken away in handcuffs by the police. Two elderly practitioners returned home at 6:00 a.m. the following day.

Ms. Zhao, 69, was sentenced to four years and fined 5,000 yuan on June 7, 2022, for passing out informational materials about Falun Gong. She has been held in the Panyu Detention Center.

Local police officers arrested at least ten practitioners on July 13, 2022. Mr. Zhang Guisheng has been held in a detention center since then. Mr. Xu Shoufu was officially arrested.

Ms. Qu Kun was arrested by officers from the Gongren Police Station in the Pingshan District on July 23, 2022. The Nanfen District Procuratorate withdrew the case against her for lack of evidence. Ms. Qu was released without charge and returned home on the evening of August 15, 2022.

Ms. Wang Lijuan, about 60 years old, a retired employee of the Lingyuan Iron and Steel Company, was arrested from her home by officers from the local police department in late August.

It was said that a surveillance camera recorded her when she visited Chen Hua, a practitioner who was officially arrested earlier.