Zheng Zhu’e and Yu Yunxia, members of the 610 Office of the Guangdong Women’s Prison are on the list. 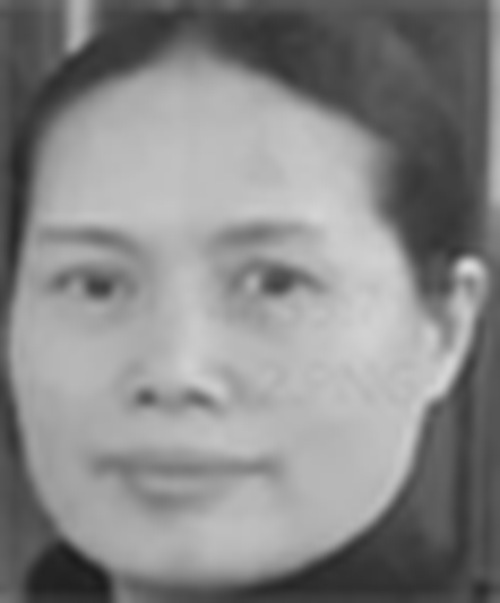 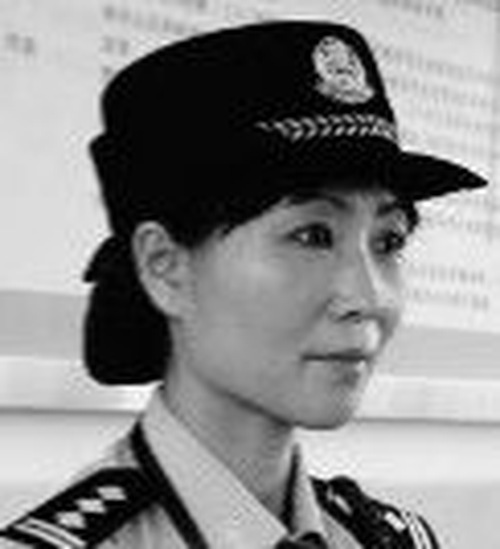 Since 2002, Zheng Zhu’e has served as the deputy director and director of the 610 Office of Guangdong Women’s Prison. She directed prison guards and inmates to torture practitioners who refuse to give up their beliefs. Numerous practitioners died. More became physically or mentally disabled.

Since the persecution began in 1999, Yu Yunxia has been on the front lines to force the practitioners to give up their beliefs and has become an expert with over 20 years of experience in brainwashing the practitioners. She was awarded the National Women’s Model in 2017.

When the practitioners were taken to the prison, they would first be held in the fourth ward for the “entry education.” The guards there were specially selected. Most of them graduated from law schools and were especially articulate at persuading people. Yu Yunxia was one of them. A 100% “transformation rate” of the practitioners was required by the prison authorities.

With the practitioners’ prison admission, they were cut off from all daily necessities and deprived of communication or meeting with their families, unless they wrote a statement to renounce Falun Gong.

The practitioners were strictly controlled and constantly monitored by the inmates, including when they took a shower or used the restroom. The inmates reported everything they said and did to the guards. Such tight control started from day one and lasted until they were released.

From participating in the persecution, the inmates were given rewards or commutation if a practitioner gave up Falun Gong. The rewards were reviewed on a monthly basis. Some inmates were exempted from doing forced labor as well.

The purpose of brainwashing is to make Falun Gong practitioners give up their beliefs. To achieve this goal, the prison guards tried to confuse the practitioners with their judgment of right vs. wrong.

The brainwashing methods include repeatedly forcing the practitioners to watch propaganda videos smearing Falun Gong, writing thought reports every day, as well as doing hard labor. The practitioners were forced to write “guarantee letters” against their will to achieve the 100 percent transformation requirement.

1. Ms. Huang Dingyou Dies of Leukemia Less Than a Month of Prison Release

Ms. Huang Dingyou was arrested in 2003 and sentenced to five years in Guangdong Province Women’s Prison. The prison doctors often drew blood and bone marrow from her with the excuse of checking her health. She was forced to take unknown drugs in large quantities.

In July 2007, the prison suddenly notified the family to pick her up. Only after she was brought home did her family realize that Ms. Huang, who was completely healthy prior to being imprisoned, had late-stage leukemia. They also learned that during her time in prison, she was monitored by inmates and not allowed to talk for years. After she came home, she didn’t know how to talk anymore. She passed away on August 8, 2007, less than a month after she was released. 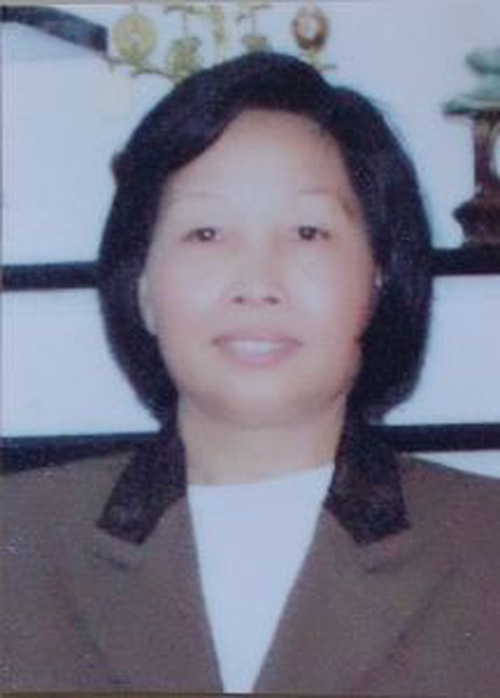 Ms. Zhao Ping, a former lecturer at the Guangzhou Public Security Management Cadre College, second-level police inspector, and a lawyer, was incarcerated for 17 years for practicing Falun Gong. She was arrested again in August 2008 during the Beijing Olympic Games and later sentenced to three years in Guangdong Province Women’s Prison.

Ms. Zhao once recounted that she was subjected to inhumane brainwashing and unpaid labor in the prison. She wrote that “In the extremely narrow space where I lost my freedom, I was monitored by the designated inmates 24 hours a day. My every movement could be reported at any time. I could not talk to anyone or do anything alone, including doing laundry, taking showers or using the restroom. The ‘strict control’ started from the moment I entered the prison and did not end until I left there. Such ‘a prison within a prison was suffocating and enough to cause a mental breakdown.

“A group of inmates was selected and trained to torture us. Their personalities had to be cruel and wicked, and they had to have some higher education. The prison management linked their rewards or commutations directly to how many of us renounced Falun Gong. They could use any despicable methods to force us.”

Because of Ms. Zhao’s speaking up about the torture in the prison after she was released, she and her family were constantly harassed and threatened. The harassment escalated in 2015 after she filed a criminal complaint against Jiang Zemin, the former head of the communist regime who ordered the persecution. She passed away on May 14, 2016. She was 58.

Ms. Chen Zhengrong, of Shenzhen City, was arrested on May 29, 2010. She was sentenced to four years in Guangdong Women’s Prison. She passed away on December 11, 2013, just over two months after being released on September 28. She was in her 60s. She had needle marks on her arm and her family suspected that she was injected with poisonous drugs prior to her release.

Ms. Lin Shaona, from Jieyang City, Guangdong Province, was arrested and sentenced to three years in the Guangdong Women’s Prison for talking to people about Falun Gong. The torture in prison caused her health to deteriorate quickly, and she developed breast cancer.

The prison refused to release her on medical parole and forced her to undergo surgery and multiple chemotherapy treatments, even though the attending doctor believed that she was not suitable for surgery. After jailing her for two more years, the prison finally granted her “medical parole.” She never recovered after returning home and passed away on June 26, 2013.

5. Ms. Peng Wenxiu Dies After More Than a Year in Prison

Ms. Peng Wenxiu was arrested in June 2014 for distributing Falun Gong materials. She was sentenced to four years in Guangzhou Women’s Prison six months later. As a result of the physical and mental torture in prison, she lost her teeth and could not eat as a result. She died a year later on December 24, 2015. She was around 60 years old.

Ms. Li Songfang was arrested on February 20, 2008, for putting up information about Falun Gong. She was secretly sentenced to four years in Guangdong Province Women’s Prison. When her husband received the verdict, he was so shocked that he became mentally ill and was sent to a hospital intensive care unit.

After three years of torture and brainwashing in prison, Ms. Li became severely ill. She developed late-stage uterine cancer, uremia, and stomach bleeding. The prison authorities notified her family to pick her up on March 18, 2011, when she was on the verge of death. She was taken to a hospital for treatment, only to pass away on May 3. She was in her 50s.

Cases of Practitioners Suffering Mental Illness Due to Torture

Ms. Wu Zhujun was sentenced to four years in prison in 2007. She was tortured in prison and injected with unknown drugs. She developed mental illness and could not eat on her own or talk. She was released in 2012. Even now, her mental health has not recovered. She cannot remember her experiences being persecuted in prison.

Ms. Liu Mulan, a practitioner from Wuhan, Hubei Province, was transferred to the fourth ward of Guangdong Women’s Prison on January 10, 2012. Both her mental and physical health deteriorated sharply within a few months. As she refused to give up Falun Gong, the prison authorities claimed that she had “high blood pressure” and forced her to take unknown drugs every day. The drugs caused Ms. Liu to suffer a mental disorder, hallucinations, blurred vision, and quick weight loss. Her feet were swollen and her speech was sluggish.

Ms. Xie Kunxiang, a former police officer, was sentenced to 3.5 years in 2005. She became mentally disoriented due to the torture in Guangdong Province Women’s Prison. Despite her condition, the prison guards forcibly drew her blood multiple times and injected unknown drugs into her.

Ms. Yang Xiaolan was incarcerated at Guangdong Province Women’s Prison from December 2004 to October 2006. The guards forcibly cut her hair short and forced her to wear the inmate’s uniform. They also forced her to work without pay, stand for long hours facing a wall, and shocked her with electric batons. She was once dragged around on the concrete ground where her feet were severely injured.

The inmates restricted her use of daily necessities, such as sanitary napkins, laundry detergents, and toilet paper. When she resisted the persecution, she was forced to sit on a small stool without moving for an extended time and injected with toxic drugs. She developed epilepsy and mental illness as a result.

Ms. Su Guiying, from Zhanjiang City, Guangdong Province, was arrested on August 31, 2016, and sentenced to four years. In the prison, she was subjected to beatings, prolonged standing, prolonged exposure to the scorching sun, denied restroom use, and sleep deprivation. The guards also poked her eyelids with toothpicks, poured cold or boiling water on her, pinched her, and brushed her private part. She was also held in a psychiatric hospital and injected with unknown drugs.

Ms. Li Meiping was a judge in the Meijiang District Court in Meizhou City. She was arrested on November 10, 2004, for distributing Falun Gong materials. Later, she was sentenced to five years. The prison guards injected unknown drugs into her vagina. She had vaginal bleeding and amenorrhea for two months. She later had difficulty getting up and had severe pain in her upper body, especially her back.

Ms. Liu Peizhen, of Shenzhen City, was sentenced to eight years in Guangzhou Province Women’s Prison in April 2006. As a result of the torture, she became almost completely blind, and she could not read or take care of herself.

“Learning the Importance of Solid Cultivation”