Lin Fenghai, the secretary of the Shandong Provincial Political and Legal Affairs Committee (PLAC) is on the list. 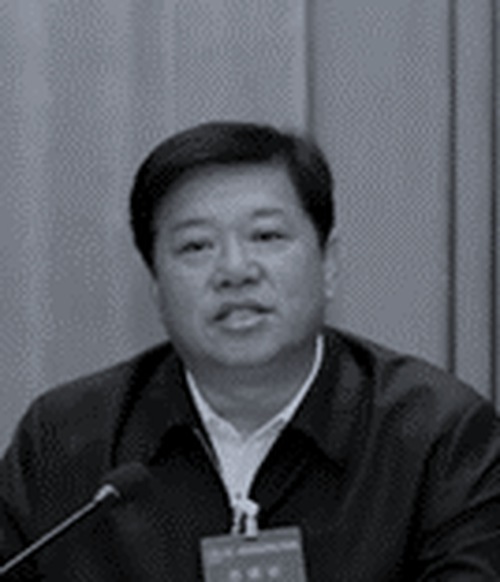 In Shandong Province, where the persecution of Falun Gong has been most severe, the provincial PLAC, an extra-judiciary agency tasked to oversee the persecution, is the main driving force.

After Lin Fenghai became the secretary of the Shandong PLAC in June 2017, he worked with the 610 Office, another extra-legal agency tasked to persecute Falun Gong, to hold activities to slander the practitioners and incite public hatred against the practitioners. During his tenure, the practitioners were arrested and harassed on a large scale.

The following are select persecution cases.

The Shandong Provincial Office for Prevention and Handling of Cult Issues, the Shandong Science and Technology Association, and the Shandong Anti-Cult Association jointly organized a ceremony on September 9, 2017, to mark the beginning of the “Cult Prevention Day” in the Guchengyuan Community Center.

A year later, on September 6, 2018, another session of the “Cult Prevention Day” event was held in Linshan Square, Zaozhuang City. The next event was held on September 27, 2019, at the Qingdao University of Technology.
In 2019, the Shandong PLAC, Shandong Association for Science and Technology, Shandong Anti-Cult Association, and Shandong Radio and Television Station and its Agricultural Science Channel, co-hosted “Top Ten Anti-Cult Volunteers” event from June 12, 2019, to November 8, 2019. These so-called volunteers gave propaganda speeches in various cities including Jining, Weifang, and Binzhou to smear Falun Gong.

On June 29, 2020, a ceremony was held at Jinan West Railway Station for the “Cult Prevention Propaganda Month” on high-speed trains in Shandong Province. Lin Fenghai attended the ceremony.

On July 28, 2020, the “Second Shandong Provincial Volunteer Learning Activity” was launched in Dongchangfu District, Liaocheng City. It was organized by the Shandong PLAC, Shandong Association for Science and Technology, the Shandong Anti-Cult Association, and the Shandong Radio and Television Station. The same campaign was also held in Zibo City on August 13, which was one of six pilot cities designated by the Central PLAC to lead the nationwide brainwashing campaign of Falun Gong practitioners.

From January to May 2022, 44 Falun Gong practitioners in Shandong were sentenced, 165 were arrested, and 77 were harassed.

In 2021, eight practitioners died as a result of the persecution in Shandong. Another 102 were sentenced, 1,008 arrested (the highest in the country), and 1,595 harassed.

Before the Sixth Plenary Session of the CCP Central Committee, the Jining PLAC and the 610 Office orchestrated a group arrest of 35 practitioners on October 28, 2021. To prevent Falun Gong practitioners from recognizing the police, the authorities dispatched officers from other districts and counties for the operation.

In 2020, over 2,000 practitioners were targeted in Shandong for their faith. Among them, four practitioners died in the persecution, 76 were sentenced, 785 arrested and 985 harassed.

On November 11, 2020, another 50 practitioners were arrested in Zibo City, including Cao Yuling, Wang Guilan, Meng Xiuqin, Wang Baoling, Qu Ke’an and Wang Zhongshi. Most of their homes were ransacked.

Ms. Zheng Quanhua, 63, was arrested at home on July 17, 2018. She stood trial in Jimo Court in late July 2019 and was sentenced to seven years three months later.

In 2018, 107 Falun Gong practitioners were sentenced in Shandong and four died as a result of torture while detained.

One month before the Shanghai Cooperation Organization (SCO) Summit took place in early June in Qingdao City, 269 practitioners were arrested. Among them, Ms. Cai Ying, a 48-year-old translator, was arrested on April 26, 2018, and detained at the No. 2 Pudong Detention Center. She was tortured to death on May 8.

Also before the 2018 SCO Summit, Sun Qisheng, secretary of the PLAC in Weifang City, publicly slandered Falun Gong in a video conference. In the two months that followed, at least 153 practitioners were arrested in Weifang, including 36 in April and 117 in May.

Mr. Sun Pijin of Mengyin County, Shandong Province, also died one day after he was arrested while working on his family farm on June 17, 2021. The police informed Mr. Sun’s family of his death on June 18. They said that Mr. Sun refused to have the coronavirus test at the Mengyin County Chinese Medicine Hospital and that he jumped from the building and died instantly. The police cordoned off the scene and did not allow anyone to get close.

When Mr. Sun’s family saw his body at the Mengyin County Funeral Home, they saw that he was leaking brain fluid, one of his eyeballs was missing, and his abdomen was sunken. The authorities forced his family to have his body cremated eight days later. They also forbade his family from appealing or filing any wrongful death lawsuits.

Eight months after Mr. Sun’s death, his daughter, Ms. Sun Yujiao was incarcerated around February 2022 to serve a seven-year term for her faith in Falun Gong.

Case 2: Man Dies Months After Being Released on Medical Parole

A Weifang City resident, Mr. Chu Liwen, was arrested on September 22, 2019. After the Fangzi District Court returned his case twice due to insufficient evidence, the police eventually released him. The police ordered Mr. Chu to go to the hospital for a physical exam on June 22, 2020, but he refused to comply. On January 13, 2021, the police arrested him on the street when he was selling baked flatbread, and took him to the hospital for a physical. A month later, on February 9, Mr. Chu was sentenced to eight years. He was released shortly after, as he was extremely ill while imprisoned.

Mr. Chu passed away on July 1, 2021, less than five months after he was released from prison on medical parole, shortly after he was sentenced to eight years for practicing Falun Gong. He was 65. Even three months before he died, the police still harassed Mr. Chu and his son, forcing them to live away from home.

Case 3: Mr. Yao Xinren Dies after Falling into a Coma in Detention Center

Mr. Yao Xinren, 51, was arrested at work on July 3, 2019. The authorities approved his arrest on August 10 and held him at the Zhangjiagou Detention Center. The police submitted his case in December of that year and the prosecutor indicted him afterward. After nearly ten months of detention, Mr. Yao suffered a stroke on April 22, 2020. He was operated on but fell into a coma. On February 4, 2021, without his wife’s consent, the authorities took Mr. Yao off life support and transferred him from the hospital’s intensive care unit to a senior center with no proper medical equipment for his care. Mr. Yao passed away a week later on February 11.

Ms. Li Ling of Penglai City, Shandong Province, was seized by a village official and paramilitary soldiers on June 28, 2020, after being reported for possessing Falun Gong literature. She was taken to an empty house in a mountainous area and viciously beaten and tortured. She died of her injuries on July 13.

Ms. Li began to experience a stomachache in June 2019 while being held in the Linyi City Detention Center. The pain later spread to her back and legs. Shortly after she was hospitalized on July 6, a group of doctors operated on her without her family’s consent. She remained in a coma after the surgery and her eyes were taped shut the entire time. The doctors claimed that she had complications in her liver and kidneys and they put her on a dialysis machine. She died on July 12 after the police removed the life support machines. Her body was cremated without her family’s consent.

Ms. Guo Zhenxiang, of Zhaoyuan City, Shandong Province, was arrested for passing out Falun Gong materials at a bus station on the early morning of January 11, 2019. At around 10 a.m., her family was summoned to the police station, where they were told that their loved one had died. She was 82.

Mr. Wang Wenzhong was sentenced to seven and a half years in prison in 2012 and confined in the 11th ward of the prison. As a result of the torture here, he suffered three strokes and had to have three operations.

On March 8, 2017, his family mailed him a letter, but the prison guards refused to let him read it and tore it into pieces while insulting him. Four days later, Mr. Wang suffered another stroke and became incapacitated. He died on January 12, 2018. He was 44.

“Sichuan Resident Arrested for Her Faith, Found Tracking Device on Her Tricycle”