(Minghui.org) On Place François Rude in the center of the historic city of Dijon, practitioners told people about Falun Dafa and collected signatures on a petition to end the CCP’s (Chinese Communist Party) 23-year-long persecution of the spiritual practice on August 6, 2022.

Located in eastern France, Dijon is 310 km (193 miles) southwest of Paris. Once the capital of the Duchy of Burgundy, the city has a rich culture and is filled with historic architecture, including 100 churches. 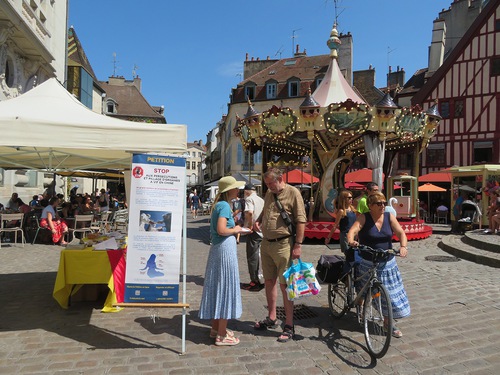 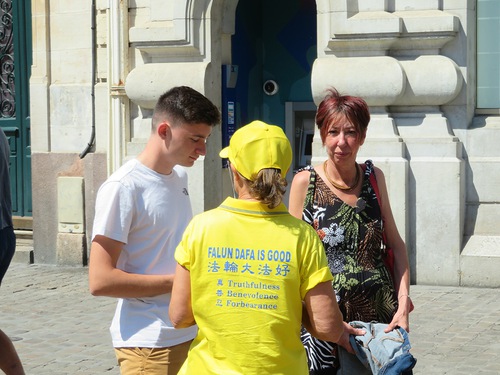 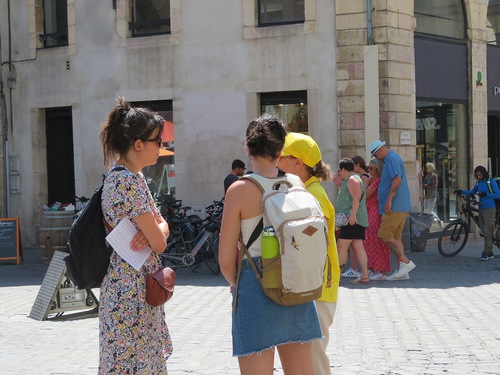 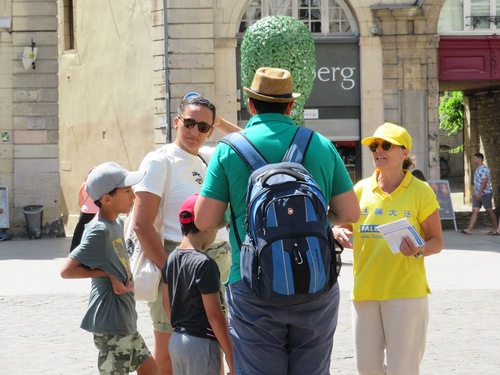 The Place François Rude is a popular place on the weekends, with lights and music and a carousel. At their booth, practitioners distributed information and told people about Falun Dafa.

People were shocked to learn how the CCP persecutes practitioners in China, including removing organs from them while they are alive. Many people signed the petition calling for an end to the persecution and expressed their desire to help. Some even wanted to make a donation.

Jean-Pierre Bailly used to work at a hotel. After hearing about the CCP’s live organ harvesting, he said, “This is killing through torture. It is not something that a human being would do. This is 2022. In this modern day, this is not tolerable. No one has the right to do such a thing.” He encouraged practitioners to remain courageous and never give up.

Ms. Monique Muller signed the petition and said, “The CCP is cruel and is doing all sorts of bad things. This is not something that a human being would do. China does not have freedom so people cannot express their thoughts. If they speak their own thoughts, they will be massacred. Things are like that in China.”

Ms. Deutch works at a child care center. She said that the CCP’s persecution of Falun Dafa, “is inhumane, barbaric, and needs to be stopped. Live organ harvesting should be condemned. We cannot let it (the CCP) do anything it pleases!”

Ms. Murielle Mignet commented, “All this happened because of money. I can imagine that live organ harvesting has been going on all the while in China. Exposing it is very good. Expose those people behind it who are making use of organ transactions to make a profit. This must be stopped!”

Computer engineer Mr. Hichem works in Canada but was in France on holiday. He heard about Falun Dafa in Canada and said, “Live organ harvesting is a shameful scandal. It is shocking!”