(Minghui.org) Falun Dafa practitioners in Scotland held activities at the entrance of the Meadows in Edinburgh on July 23, 2022, marking the 23-year peaceful resistance to the Chinese Communist Party’s (CCP) ongoing persecution of Falun Dafa (also called Falun Gong). Practitioners exposed the CCP’s atrocities, including torture, incarceration, and organ harvesting from living Falun Gong practitioners. Many people out enjoying Edinburgh’s large public park signed a petition calling for an end to the persecution. 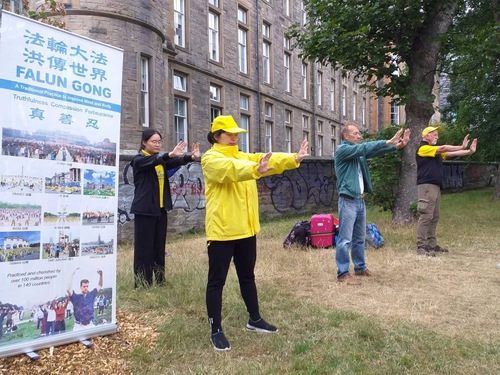 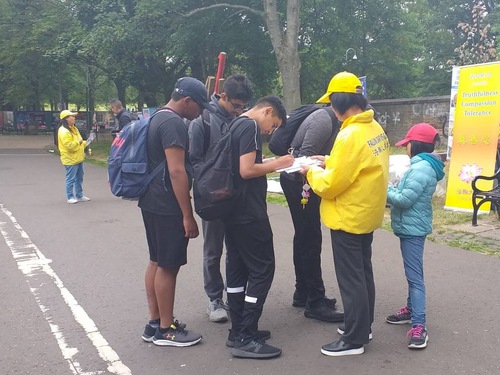 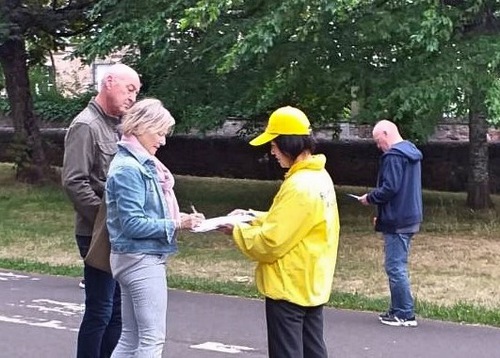 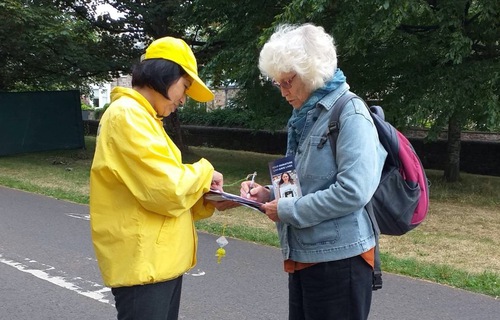 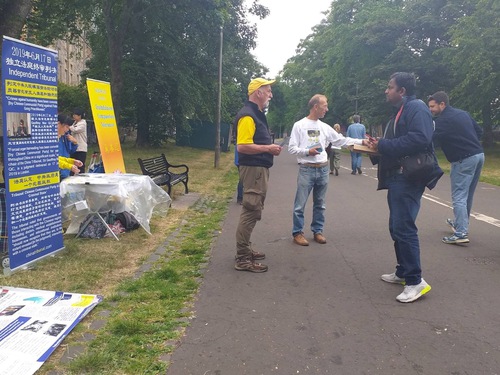 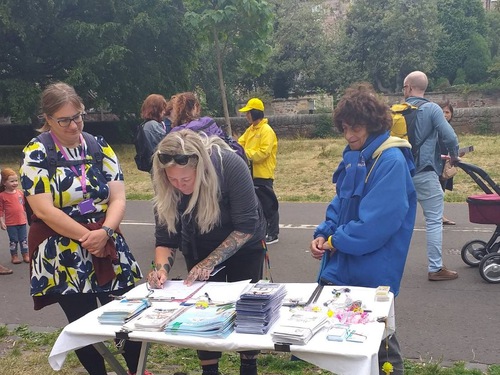 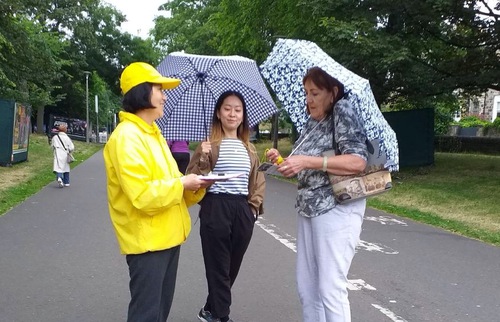 Passersby sign a petition calling for an end to the persecution of Falun Gong.

Rosemary Byfield, a Falun Gong practitioner who has lived in Scotland since February 1999, has personally benefited from the cultivation practice. She and other Western practitioners went to Beijing to appeal for Falun Gong on Tiananmen Square in 2002. They were arrested and interrogated by the CCP authorities.

Rosemary told the reporter that she hoped the British government would help stop the CCP’s persecution, and she wants to tell all Chinese people who have been deceived by the CCP's propaganda, “Falun Gong is great! The CCP is destroying humanity. Seek the truth of Falun Gong!” 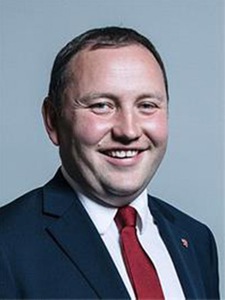 Ian Murray, MP for Edinburgh South, and other Members of the Parliament jointly signed a statement expressing their concerns regarding Falun Gong practitioners being persecuted for their belief. They asked the UK Government to pressure Beijing, and give a clear response to the China Tribunal’s judgment regarding the CCP’s crime of forced organ harvesting. 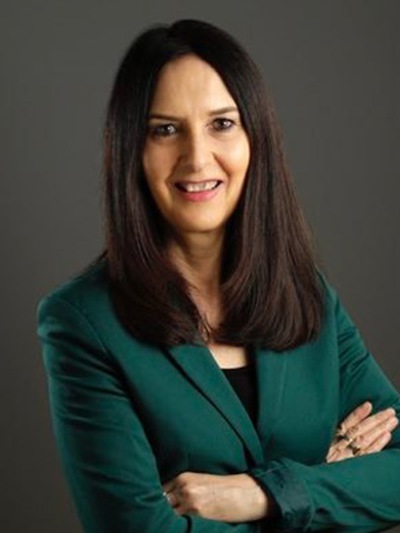 Margaret Ferrier, MP for Rutherglen and Hamilton, wrote in her letter of support, “Freedom of belief or religion is a fundamental human right, whatever religion or faith that might be. Falun Gong, like many religions at their core, is about spreading good in this world. ...I stand with Falun Gong practitioners in solidarity.

“Followers of Falun Gong have faced unimaginable horrors in China. Psychological and physical abuse, torture, and death, sanctioned by the state. That so many have been reportedly subjected to forced organ harvesting is despicable. It is an unacceptable violation of every person’s right to bodily autonomy. These abuses are motivated by prejudice and hatred, and it cannot continue.”

The practitioners’ activities received great support from the public. Some people showed interest in learning Falun Gong. A Chinese man took pictures of the event and shared them with his friends online. Another Chinese man talked with practitioners for a couple of hours. He had followed news about Falun Gong and recognized Dafa’s principles of Truthfulness-Compassion-Forbearance as the solution to the many social problems in China.

“A Brand New Me: Constantly Improving My Character While Taking Care of My Parents-in-Law”