(Minghui.org) Falun Dafa practitioners in Vancouver held a large-scale group exercise demonstration and a parade on July 9, 2022. They hoped to let more people know about Falun Dafa and called on them to help end the Chinese Communist Party’s (CCP) persecution of the spiritual practice. 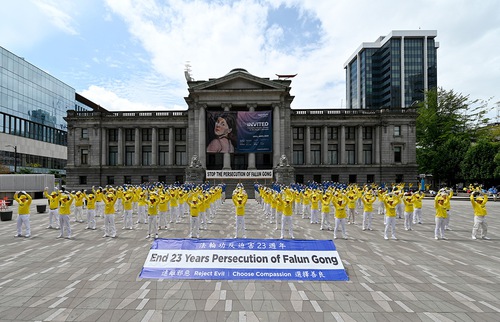 Group exercise in front of the Vancouver Art Gallery 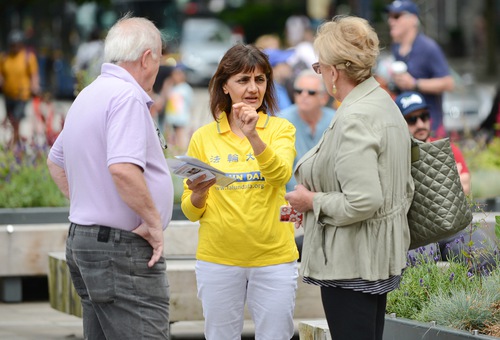 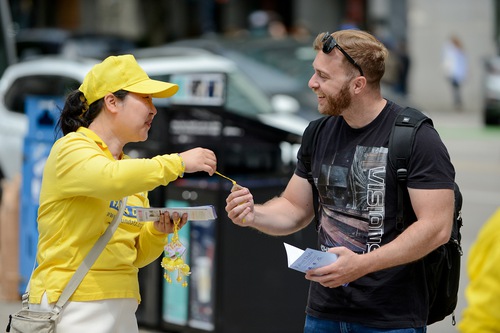 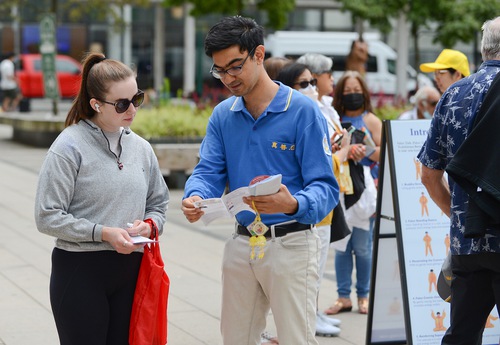 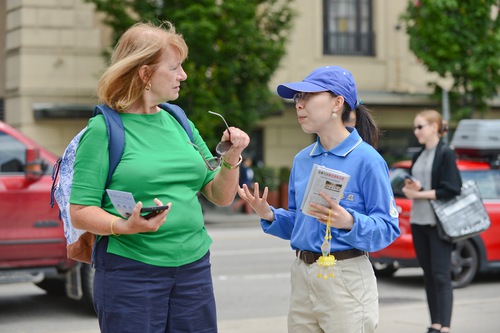 Practitioners tell people about Falun Dafa and how it’s persecuted in China.

The Chinese Communist Party launched the persecution of Falun Dafa on July 20, 1999. Countless practitioners in China have been imprisoned and tortured, and some died as a result of this persecution. 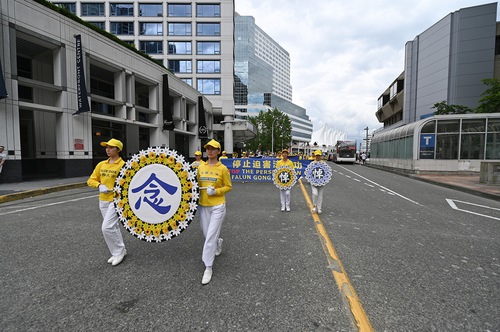 The large parade headed by local police started at 2 p.m. and passed through Vancouver’s main streets. Many people were attracted to the parade and stopped to watch and took pictures and videos. 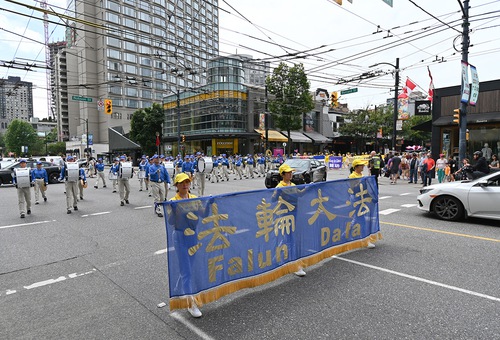 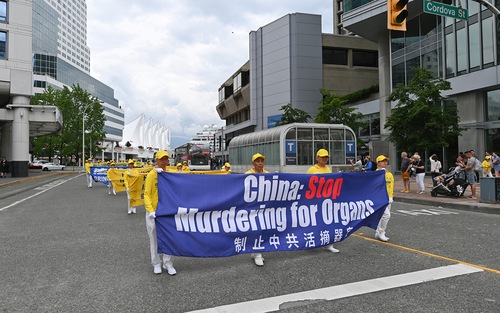 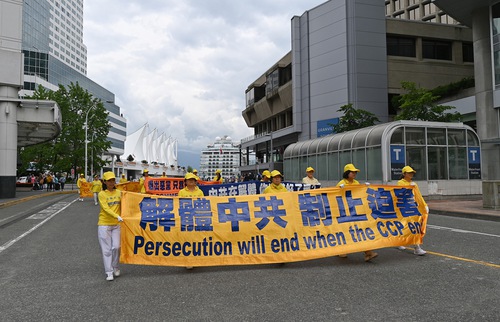 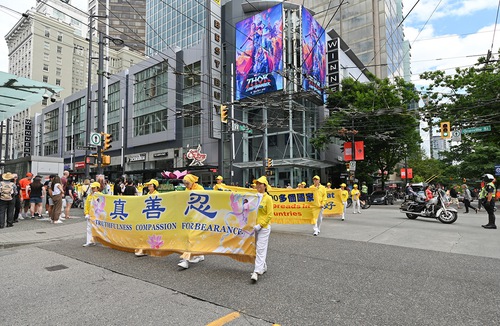 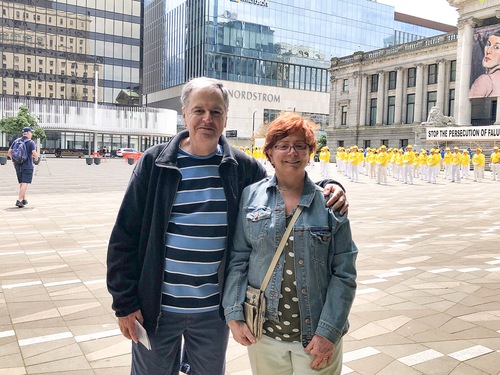 Professor Rosa Meyer from Brazil and her husband

Professor Rosa Meyer from Brazil watched the group exercises and said that the exercises looked very relaxing. She said that she taught in China but didn’t like the dictatorship, “The Chinese people need more freedom. They can’t visit any international social media websites. They can’t visit many websites on Google. What I consider the worst is that they don’t know what they are missing.”

Lynne from Minnesota said the group exercise was a touching scene and a tribute to those people who are persecuted. She said it was, “Very, very important to raise awareness of this persecution around the world.” 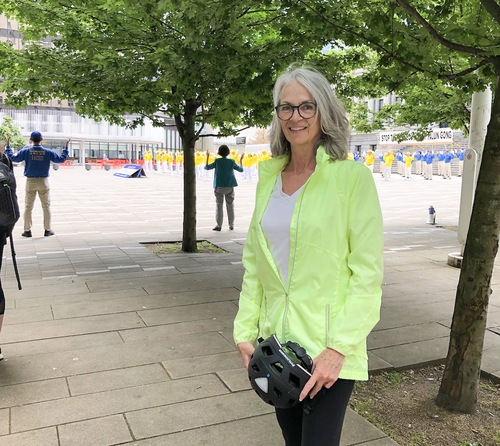 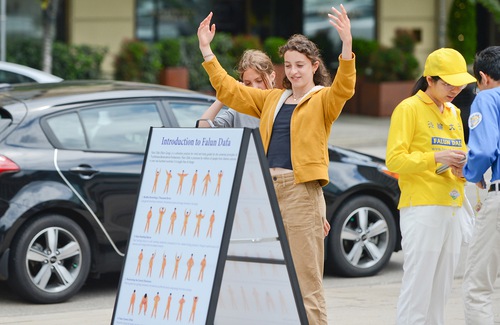 A passerby does the exercise movements.

Andy Zhang who recently began practicing said that the book Zhuan Falun teaches people how to measure their behavior with the principles of Truthfulness-Compassion-Forbearance. “I couldn’t straighten out my ring finger before. About one year after I began practicing Falun Dafa, I suddenly realized my finger was straight. It happened while I did the exercises. I was amazed!”

Li Qing who lived in Hebei Province, China, said, “I used to be in poor health. I couldn’t hold anything heavy or sit still. I had serious problems with my waist and legs, too. I even thought about giving up my life.” She explained that practicing Falun Dafa restored her health, and all her ailments disappeared, so she told everyone she knew how great Falun Dafa was.

After the persecution was launched Qing went to Beijing several times to appeal for Falun Dafa. A policeman on Tiananmen Square grabbed her violently and threw her into the nearby police station, where she found many other fellow practitioners.

“We were searched. We weren’t allowed to use the restroom the entire day. They sent us to the Yanjiao Police Station in the evening where we were interrogated. Authorities from the 610 Office from my hometown took me to their office in Beijing. I was handcuffed, and deprived of water and food. Police ordered us to kneel down, and cursed us.”

Qing said she never gave up her cultivation despite the persecution because Falun Dafa brought her great health as well as hope.

“Intensifying Efforts to Raise Awareness During the Pandemic”

“Learning Forbearance from the Thug Who Humiliated Han Xin”