(Minghui.org) Falun Dafa practitioners held activities in the Châtelet neighborhood and Place Saint-Michel in central Paris for two consecutive weekends on June 11-12, and 18-19, 2022. They introduced Falun Dafa, raised awareness about the persecution, and collected signatures on a petition to help end the Chinese Communist Party’s (CCP) persecution.

Practitioners demonstrated the exercises and clarified the truth under the brilliantly blue skies. After people learned about the CCP’s persecution of Falun Dafa in China, they signed the petition to condemn the atrocities. 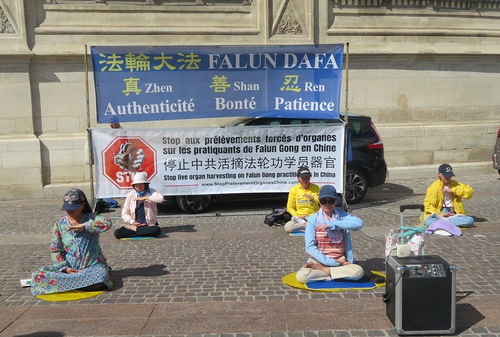 Practitioners demonstrate the Falun Dafa exercises in the center of Paris on June 11, 2022. 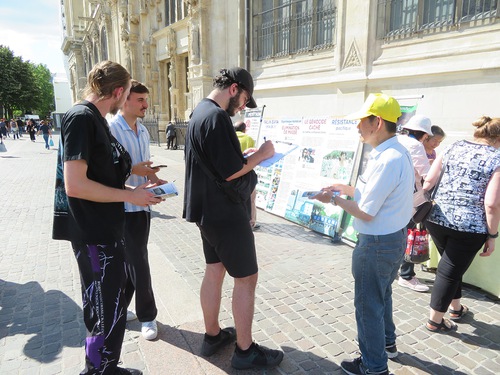 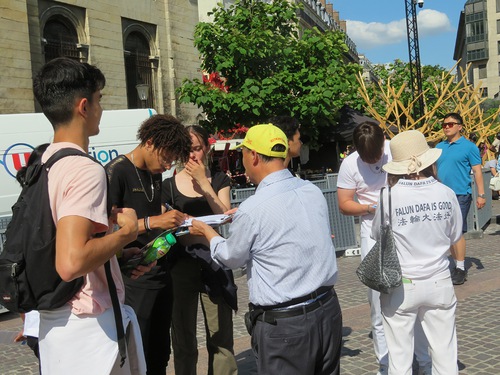 People sign the petition to protest the persecution on June 11, 2022. 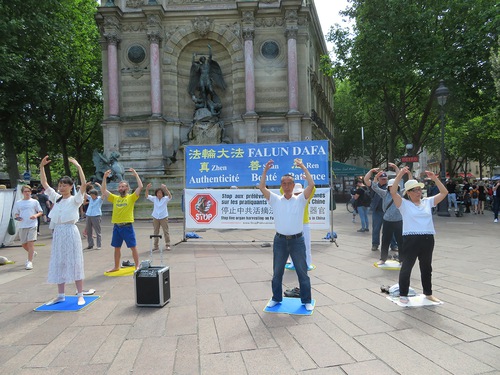 Demonstrating the exercises at Place Saint-Michel on June 19, 2022 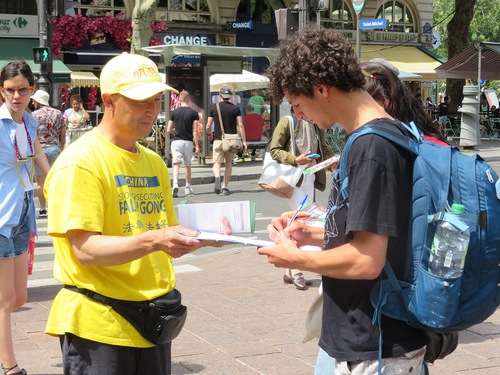 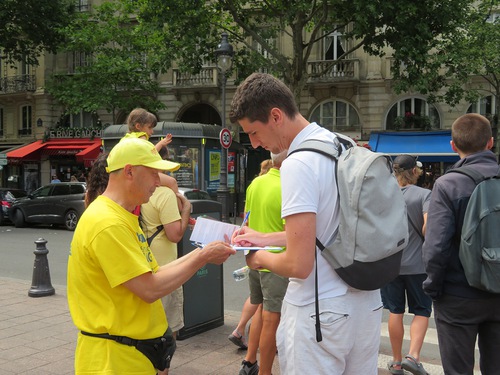 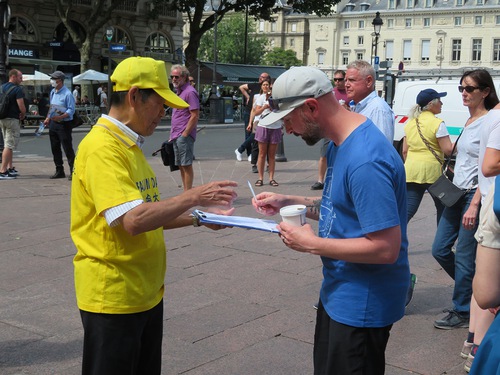 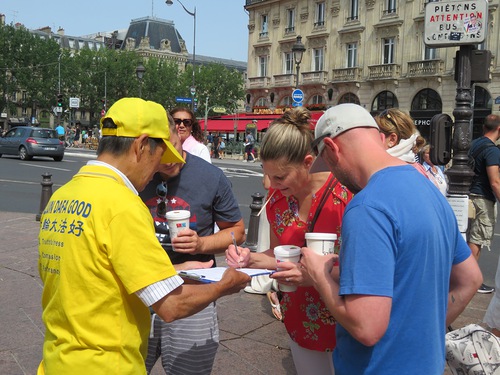 Tourists sign the petition protesting the persecution on Place Saint-Michel on June 19, 2022. 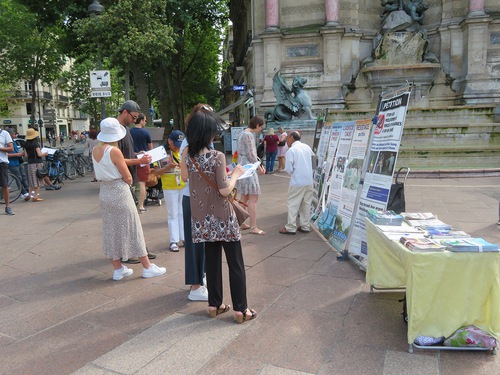 People stop and read the display boards and sign the petition protesting the persecution on Place Saint-Michel on June 19, 2022.

Gérard Elsaesser said he was attracted by the peaceful music as practitioners meditated when he passed by Châtelet on June 11. He stopped and had a long conversation with practitioners. After leaving he soon returned. It turned out that he went to a nearby bookstore to buy the French editions of Falun Gong and Zhuan Falun, which a practitioner suggested he read. He said that he would read the two books and learn to practice Falun Dafa.

When Jessica Espagnol learned about the CCP’s persecution of practitioners she said it made her sad, “You practitioners are very courageous in doing this [clarifying the truth] here. You are doing very well. Keep it up!”

Another passerby, Michael Kos, said, “The CCP has been around for a long time. Today, the CCP is a bit like the specter of communism, and China has become a capitalist country, ruled by power. Maybe it is their pre-set model, which is to dominate the governments of various countries including the world’s major powers. The government, the fake democracy, is very powerful. If we look at China we know what awaits us. It is terrible.”

High school student Casandre said, “I am shocked to hear about the persecution. I think we should focus on talking about these persecutions in schools, as well as the history of the Chinese Communist Party. I am 16 years old. We young people know very little about persecution.”

Christophe said, “Organ harvesting is an inhuman act. It is not the act of a government. The function of the government is to help people, regardless of their beliefs. Such an incomprehensible government is an abnormal one that kills people. This is pure crime.”

Jiang Zemin, former head of the Chinese Communist Party (CCP), perceived the spiritual discipline’s growing popularity as a threat to the CCP’s atheistic ideology, and on July 20, 1999, issued an order to ban the practice.

Under Jiang’s personal direction, the CCP established the 610 Office, an extralegal security organization with the power to override the police and judicial systems, and whose sole function is to carry out the persecution of Falun Dafa.

“The Truth Clarification Point is my Cultivation Site”