(Minghui.org) Falun Dafa practitioners held activities on Plaza Pasing in Munich, Germany on June 18, 2022. They demonstrated the exercises and exposed the Chinese Communist Party’s (CCP) persecution, in particular its crime of harvesting organs from living practitioners. Despite the scorching heat, many people stopped to talk to practitioners and signed a petition calling to end the CCP’s atrocities. 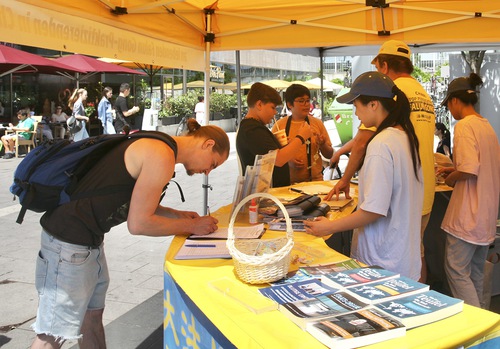 People sign the petition to end the persecution during Falun Dafa practitioners’ activity on Plaza Pasing in Munich on June 18, 2022. 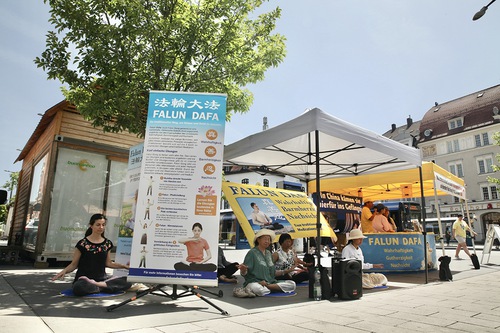 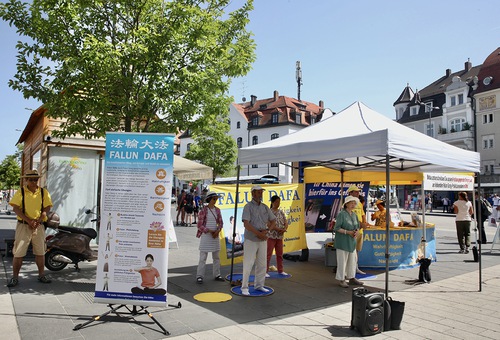 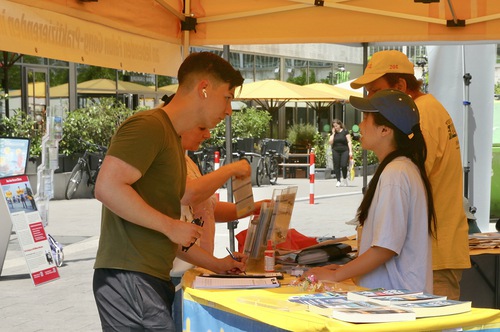 Passersby stop to talk to practitioners.

A young man named Eddy talked with practitioners for a long time. He explained that he signed the petition the last time he saw practitioners’ activities. Eddy said, “We Germans certainly know what happened in our history, but it’s hard to imagine such cruelty is still happening today!” 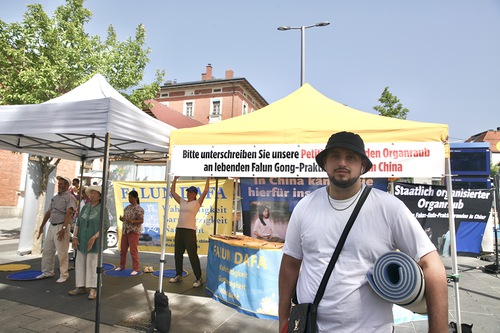 Local resident Morek Lipowicza signed the petition calling for an end to the CCP’s crime of forced organ harvesting.

An elderly resident told a practitioner that he had been watching practitioners as they did the exercises while he sat in a coffee shop across the street, and felt a powerful and comforting energy. Wanting to learn all about Falun Gong and how the persecution came about, he took some introductory flyers to read.