(Minghui.org) Changhua Christian Hospital, the largest healthcare system in central Taiwan, announced on June 10 that it would not renew its contracts with two surgeons because of their alleged involvement in organ harvesting in mainland China.

Chen Yaoli and Ke Zhiran, two members of the liver transplant team, visited mainland China numerous times to undertake organ transplantation procedures without notifying the hospital, said the announcement. Given the controversial source of organs in mainland China, the doctors' activities violate regulations on organ source transparency and traceability. Based on concerns over these violations of medical ethics, the hospital decided it would not renew their contracts when they expire on June 30.

The hospital pointed out the ongoing organ harvesting in mainland China with victims including Tibetans, Uyghurs, Christians, and Falun Gong practitioners.

The Taiwan legislature amended The Human Organ Transplantation Act on June 12, 2015, to prohibit the use of organs from executed prisoners. It also banned the sale, purchase and brokerage of organs, as well as “transplant tourism.” If those who purchase transplant organs overseas are found guilty of receiving an illicit organ, the maximum sentence is five years plus a fine of up to NT$1.5 million [around $50,000 USD]. Furthermore, doctors involved in illegal organ transplants could lose their license to practice medicine.

Legislator Yu Mei-nu from Democratic Progressive Party said that many Taiwanese went to China for illegal organ transplantation. But the Chinese Communist Party (CCP) was actively involved in the organ trade and it depended heavily on the harvesting of organs from living Falun Gong practitioners. “We hope to effectively deter organ trafficking with this amendment,” she explained, “That is why the law was amended to require those who have received organ transplants abroad to provide information to domestic hospitals where they are to receive post-transplant treatment about where the surgery was done and who the surgeons were.” 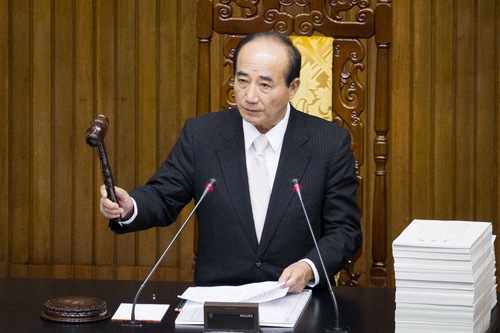 Human rights lawyers welcomed this legislation since it prevents the Taiwanese from receiving organs from unknown sources and helps to ensure that the transplant is medically safe. Similar to legislatures in Spain, it discourages people from becoming accomplices to murder and illicit organ trade by going to China for an organ transplant.

In Israel, 220 religious leaders, politicians, and scholars wrote an open letter urging the CCP to end forced organ harvesting. On July 25, 2012, the Knesset (Israel’s parliament) passed an amendment to the Organ Implantation Law, 5768-2008. This law aimed to eliminate organ trade by criminalizing trade as well as mediation of the donation of organs for implantation.

Matthew P. Robertson from Australian National University and Jacob Lavee from Sheba Medical Center in Israel published an article in American Journal of Transplantation in April 2022 titled “Execution by organ procurement: Breaching the dead donor rule in China”. It was based on a forensic review conducted on 2838 papers from the Chinese-language transplant publications.

“We find evidence in 71 of these reports, spread nationwide, that brain death could not have properly been declared. In these cases, the removal of the heart during organ procurement must have been the proximate cause of the donor's death,” wrote the article, “Because these organ donors could only have been prisoners, our findings strongly suggest that physicians in the People's Republic of China have participated in executions by organ removal.”

As a son of a Holocaust survivor, Lavee could not understand why physicians would violate medical ethics to collaborate with a totalitarian regime on such a hideous crime.

Alejandro Centurion, a neurologist from the U.S.-based Doctors Against Forced Organ Harvesting (DAFOH), urged the American Medical Association (AMA) to take a stronger stand on the issue. “We need to see leadership from the AMA. I would really urge them to do so,” he explained, adding that the British and the Canadian Medical Associations were also taking a stance in condemning the CCP’s forced organ harvesting.

“I Became a New and Better Person After Learning Falun Dafa”

“My Experience of Memorizing Zhuan Falun”