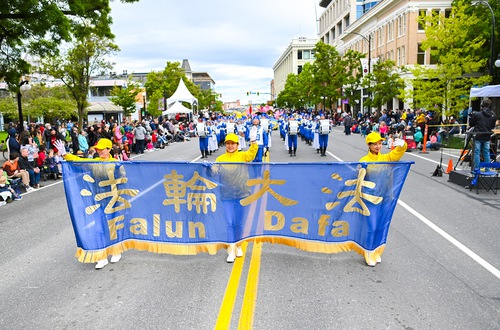 Falun Dafa practitioners in the Victoria Day Parade on May 23. Of the 70 parade entries, Falun Dafa’s was the largest.

The Victoria Day Parade honors Queen Victoria and is held annually in Victoria, British Columbia. This was the first year the parade returned to the city since the pandemic started in 2019.

Parade-goers set up beach chairs and picnic blankets on both sides of the streets early in the morning. The Greater Victoria Festival Society organizes the parade each year. 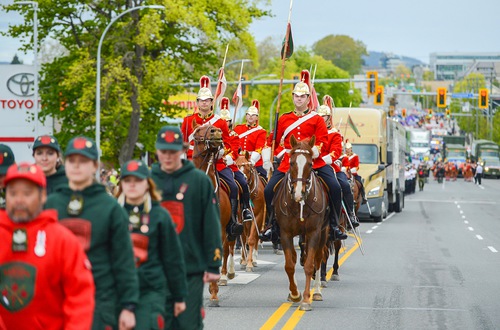 The Naden Band of the Royal Canadian Navy leads the parade.

The parade started at 9 a.m, led, according to tradition, by the Naden Band of the Royal Canadian Navy. The band was followed by 12 military groups.

Canada is known for being home to many diverse cultures, many which were represented in the parade, including groups showcasing the traditions and styles of Korea, Taiwan, India, the Philippines, Ukraine, and many more. 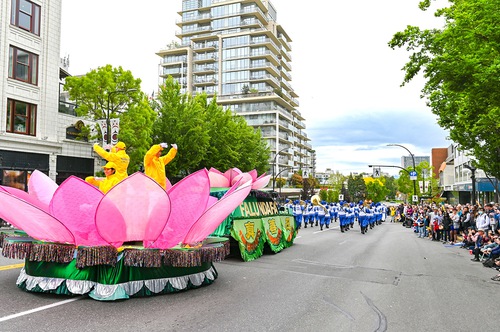 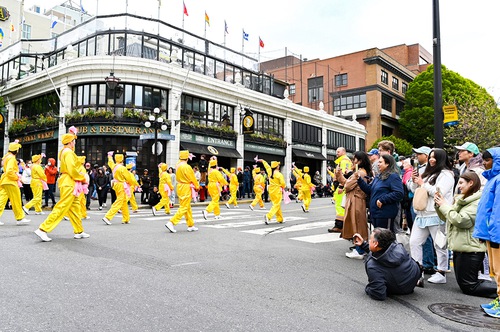 The Falun Dafa entry featured a waist-drum contingent, the Tian Guo Marching Band, green and pink lotus floats, and practitioners demonstrating the Falun Dafa exercises. They displayed their heartfelt happiness and peace of mind. Many spectators were deeply impressed.

Mr. Wang, who now lives in Victoria, immigrated to Canada before the persecution of Falun Dafa began in 1999. He smiled to see the Falun Dafa procession. “Practitioners look great because they do Falun Dafa’s five exercises. Falun Dafa benefits one’s health—it is a good thing to practice. The Chinese Communist Party should not persecute this group of people,” he said.

Isaac came to the parade with his four-year-old daughter. “The parade is great,” he said. “I am happy to see so many people participating. This is my daughter’s first time to see the Victoria Day Parade. She is very happy.” 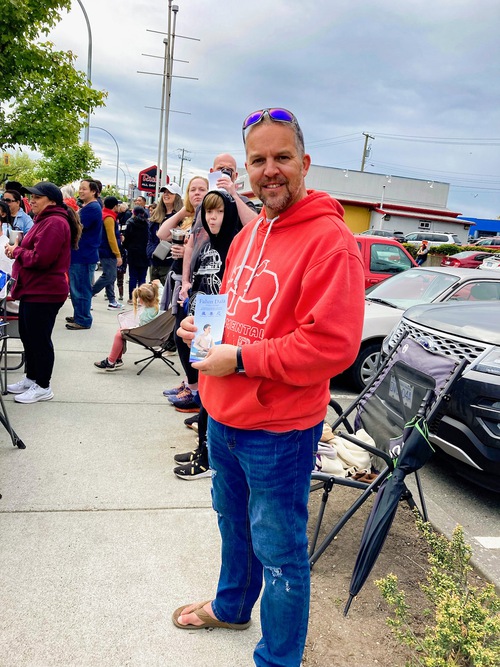 Isaac said, “Practitioners want to share some good with the world. People can benefit from this meditation exercise—I think it is wonderful.”

Daryl and Debbie, founders of Metchosin Soap Works, have lived in Victoria since they were young and remember the parade from 50 years ago. Daryl said, “I am happy that Falun Dafa practitioners are able to participate in this parade again.”

Daryl said Falun Dafa’s procession was beautiful and that the practitioners were all smiling and looked very compassionate. Debbie agreed, “Yes, the colors are great and it makes me happy to see the practitioners.” 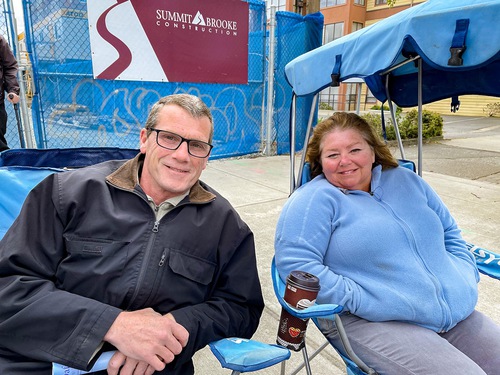 Rob and Faye own a spa and have lived in Victoria for many years. They were very happy to see people of so many different ethnic groups participating in the parade. 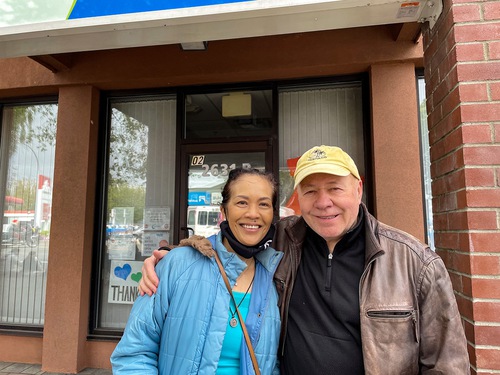 Rob agreed, “Yes, they are wonderful! They are in sync and they definitely practice and rehearse a lot.”

Marc and Jackie are residents of Victoria. Jackie was very happy to see the Falun Dafa practitioners’ procession and said, “This is great. This is truly great!” 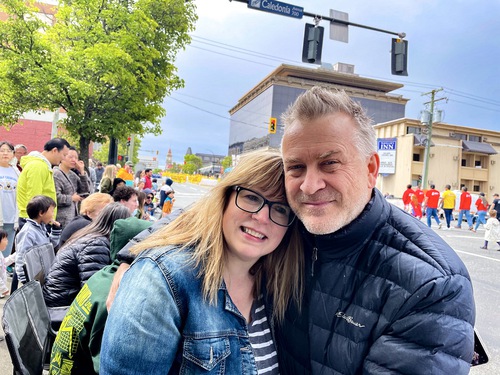 Marc and Jackie like the message that Falun Dafa practitioners convey.

Marc said, “I like Falun Dafa’s procession. I really like them!” Jackie said that she liked the message that practitioners are conveying.

Lam just started practicing Falun Dafa a month ago. He felt healthier after practicing Dafa and said, “This is my first time participating in the parade. The parade is beautiful!”

“Three Hebei Women, Including a 75-year-old, Sentenced to Prison for Their Faith”