(Minghui.org) May 13 is World Falun Dafa Day and this year marks the 30th anniversary of Falun Dafa’s introduction to the world. Mayor Brian P. Turnbull of the City of Northville sent a letter to support Falun Dafa and the 30-year celebration on May 13.

The City of Northville, Michigan is part of the Greater Detroit area, where many auto suppliers and companies do business. The excellent school districts have also drawn a large number of Chinese people to settle there. 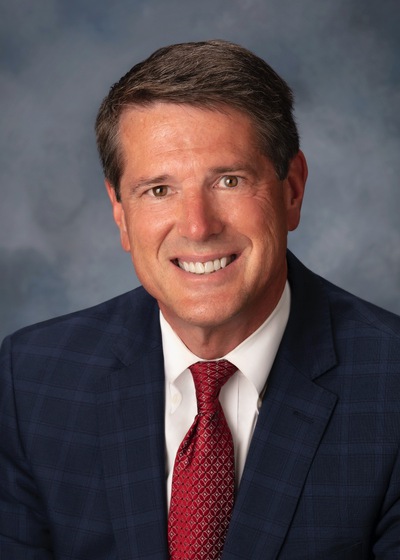 Mayor Brian P. Turnbull of the City of Northville 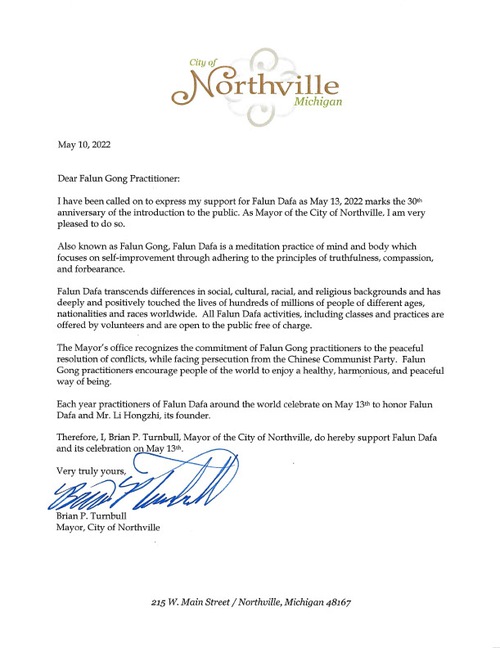 Letter of support from Mayor Brian P. Turnbull of the City of Northville

The letter reads, “Falun Dafa transcends differences in social, cultural, racial, and religious backgrounds and has deeply and positively touched the lives of hundreds of millions of people of different ages, nationalities, and races worldwide. All Falun Dafa activities, including classes and practices are offered by volunteers and are open to the public free of charge.”