(Minghui.org) Falun Dafa practitioners and local residents celebrated the 30th anniversary of Falun Dafa’s introduction to the world, and also the birthday of Falun Dafa’s founder, Master Li Hongzhi, in Biruliovsky Park in Moscow, Russia on May 7, 2022. 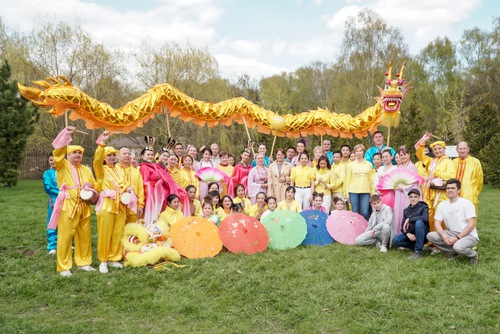 It was breezy and the sun shone brightly. The celebration event started off with a parade at 12 p.m. The procession was made up of practitioners dressed as celestial maidens, the waist drum troupe, the exercise demonstration group, and the dragon and lion dance troupes. Along the way, the parade attracted a great number of spectators. As they watched, many people took out their cameras to record the occasion. 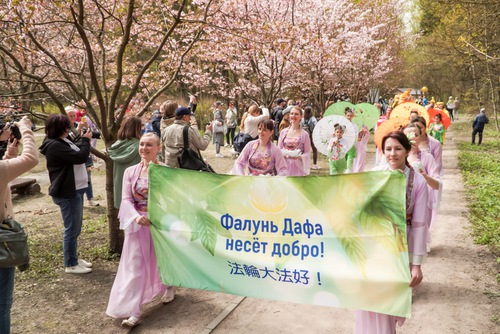 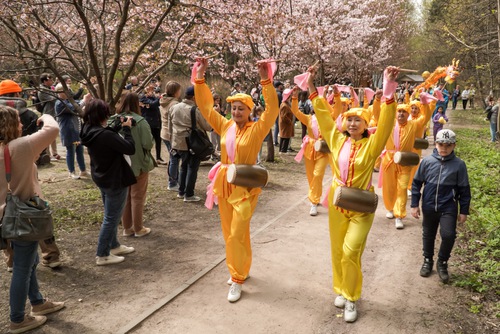 The Falun Dafa parade attracts the attention of the tourists. 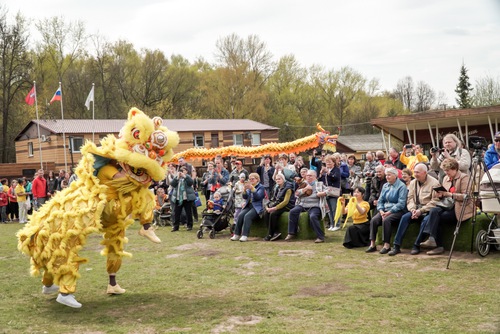 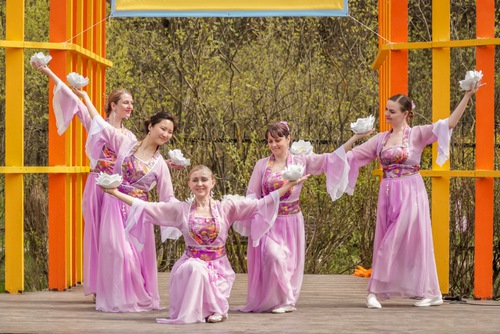 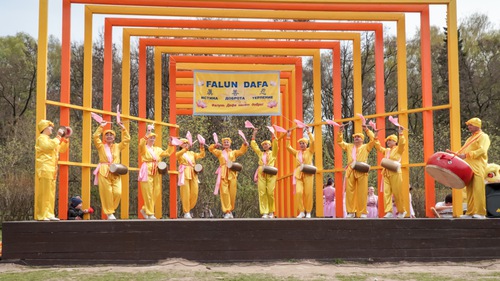 At the end of the parade, practitioners presented music and dance performances on the stage in the park, and introduced the practice to residents who stopped to watch. They demonstrated the Falun Dafa exercises, as a number of people in the audience followed along. The practitioners performed songs – Falun Dafa Is Good, Lotus Flower, and Bliss. They also presented several dances – an elegant fan dance and umbrella dance. The audience was treated to a waist drum performance, and then more songs, such as Coming for You, and Be Saved. Several young practitioners also played the violin and flute. There were even Vietnamese bamboo games to engage the audience. The festive atmosphere was filled with fun and joy. 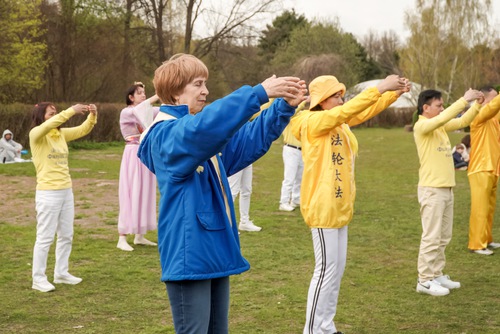 Next to the stage, the practitioners set up a table and benches, where they taught children how to make folded paper lotus flowers on which the words “Truthfulness-Compassion-Forbearance” and “Falun Dafa is good” were printed. Practitioners also demonstrated the exercises and taught the movements to all who wanted to learn.