Mayor Katherine M. Sheehan of the City of Albany and Mayor Gary R. McCarthy of the City of Schenectady proclaimed May 13 Falun Dafa Day in their respective cities. 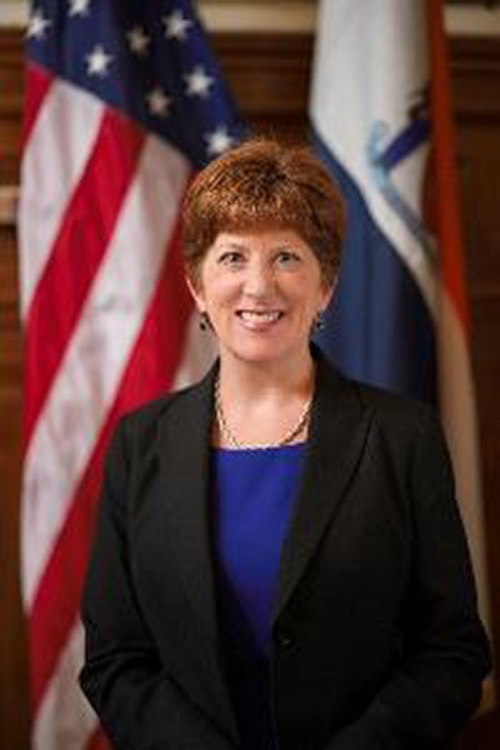 Mayor Katherine M. Sheehan of the City of Albany 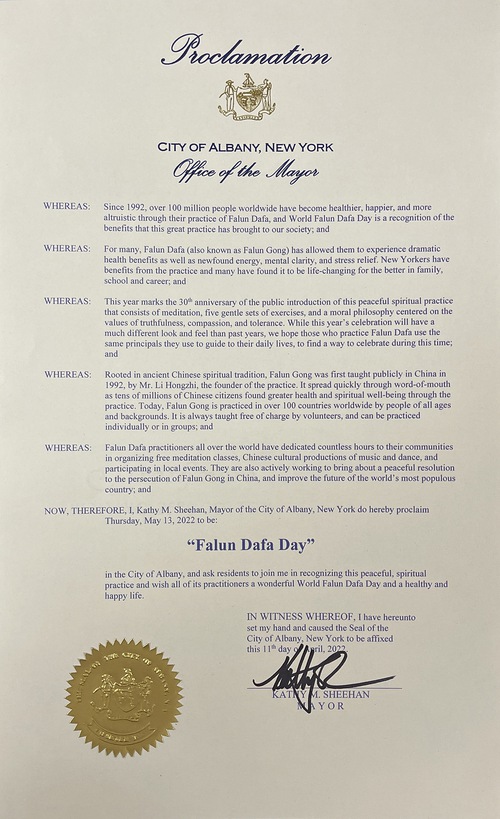 Proclamation from Mayor Katherine M. Sheehan of the City of Albany

The proclamation from Mayor Sheehan states, “This year marks the 30th anniversary of the public introduction of this peaceful spiritual practice that consists of meditation, five gentle sets of exercises, and a moral philosophy centered on the values of truthfulness, compassion, and tolerance. While this year’s celebration will have a much different look and feel than past years, we hope those who practice Falun Dafa use the same principles they use to guide to their daily lives, to find a way to celebrate during this time.”

“Falun Dafa practitioners all over the world have dedicated countless hours to their communities in organizing free meditation classes, Chinese cultural productions of music and dance, and participating in local events. They are also actively working to bring about a peaceful resolution to the persecution of Falun Gong in China, and improve the future of the world’s most populous country.” 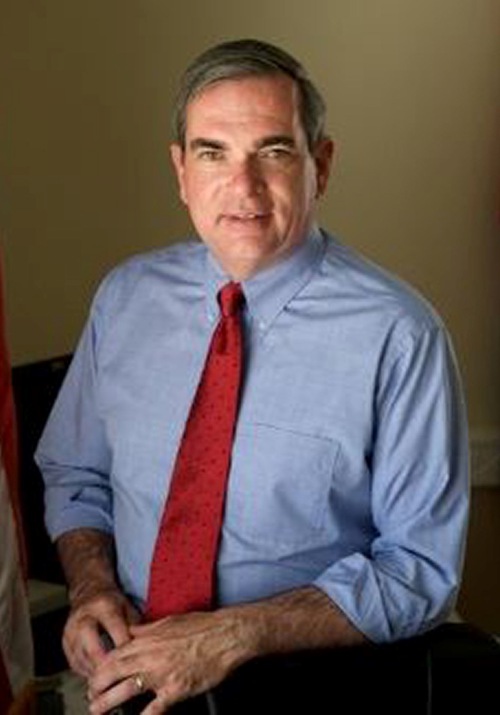 Mayor Gary R. McCarthy of the City of Schenectady 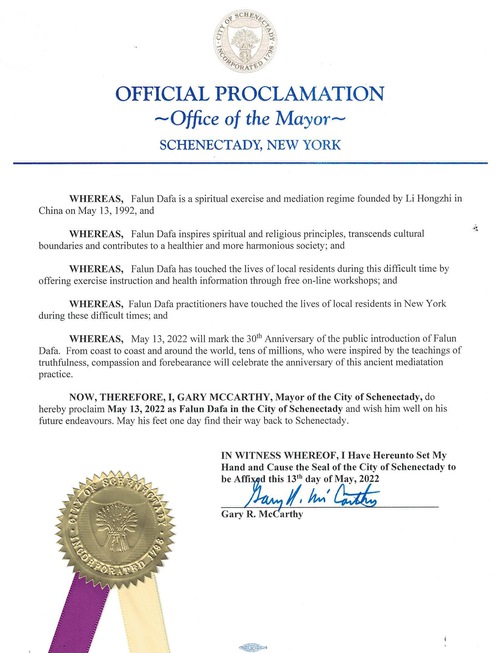 Proclamation from Mayor Gary R. McCarthy of the City of Schenectady

The proclamation from Mayor McCarthy states, “Falun Dafa inspires spiritual and religious principles, transcends cultural boundaries and contributes to a healthier and more harmonious society; and

“Falun Dafa has touched the lives of local residents during this difficult time by offering exercise instruction and health information through free on-line workshops.”