Home > News & Events > April 25 Events
Peru and Finland: Events Held to Commemorate the April 25 Appeal and Call for an End of the Persecution
May 1, 2022 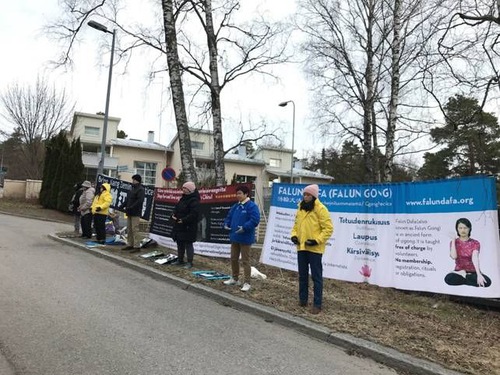 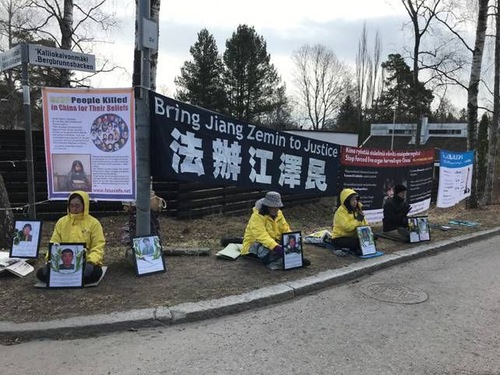 Practitioners hold a peaceful protest in front of the Chinese Embassy in Finland on April 25.

On the afternoon of April 23, 2022, practitioners in Peru did the exercises in El Parque Alfonso Ugarte Park in front of the Chinese Embassy in Lima, the capital. That evening they held a candlelight vigil. 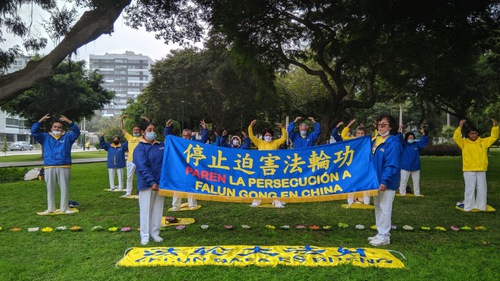 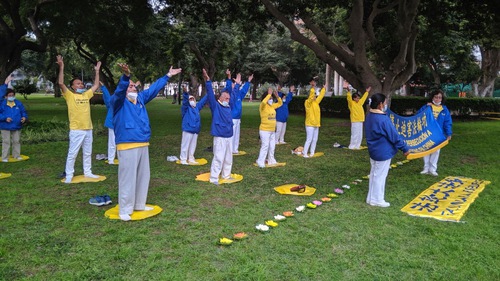 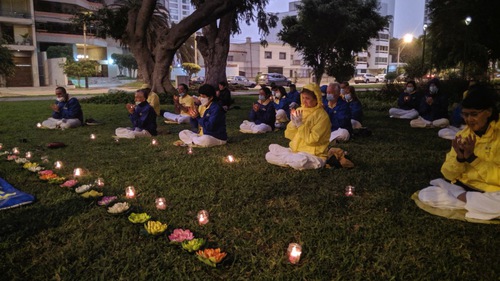 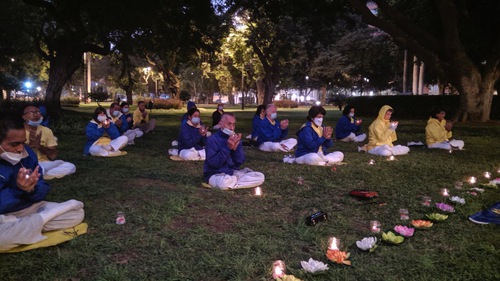 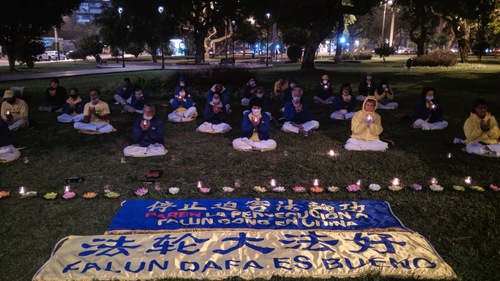 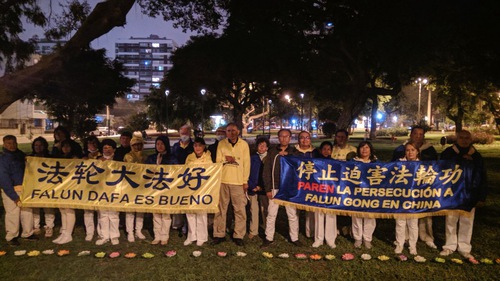 In front of the Chinese Embassy on the evening of April 23, practitioners in Peru call for an end to the CCP’s persecution.

The following day, April 25, some 10,000 Falun Dafa practitioners spontaneously gathered at the Central Appeals office in Beijing, as they had been instructed by Tianjin officials. The gathering was peaceful and orderly. Several Falun Dafa representatives were called in to meet with Chinese Premier Zhu Rongji and members of his staff. That evening, practitioners' concerns were answered. The arrested practitioners in Tianjin were released and everyone went home.

“Blind Obedience to Authority Harms Others and Oneself”