Home > Persecution > Accounts of Persecution
After Two Labor Camp Terms and a Prison Term, 53-year-old Man Sentenced Again for His Faith
April 25, 2022 | By a Minghui correspondent in Sichuan Province, China

(Minghui.org) A Mianyang City, Sichuan Province resident was recently sentenced to three years for practicing Falun Gong, a spiritual discipline that has been persecuted by the Chinese communist regime since 1999.

Mr. Mu Zhitai, 53, was arrested on June 22, 2021. The police searched his and his son’s residences and confiscated many of their belongings.

Mr. Mu stood trial at the Fucheng District Court on November 26, 2021. His lawyer entered a not guilty plea for him, but his family wasn’t allowed to attend the hearing. His family recently learned that he had been sentenced to a three-year prison term.

Mr. Mu has been arrested and detained multiple times since the onset of the persecution, for upholding his faith. He served two forced labor camp terms and one prison term, and was subjected to a variety of torture methods.

Tortured for Appealing in Beijing

Mr. Mu was arrested when he went to Beijing to appeal for the right to practice Falun Gong on December 28, 2000. The police submerged his head in the toilet to torture him. They also handcuffed him and slammed his wrists against the wall. The handcuffs broke as a result. Additionally, the officers beat him brutally and snatched away his watch and 400-yuan in cash. 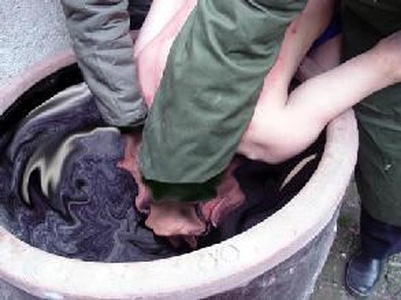 He went to Tiananmen Square to appeal after he was released, only to be arrested again. On January 15, 2001, Mr. Mu was taken back to the Beichuan County Detention Center in Mianyang. The guards often instigated the inmates to beat him and slap him in the face. Two months later, he was given two years at the Xinhua Forced Labor Camp.

In the Xinhua Forced Labor Camp, Mr. Mu was forced to stand, run, or sit on a tiny bench for a long time every day. He was also forced to do intensive labor without pay. He was deprived of sleep because he refused to write a statement to give up his faith. For over a month in June 2002, he was only allowed to sleep between 3 a.m. and 5 a.m. each day. 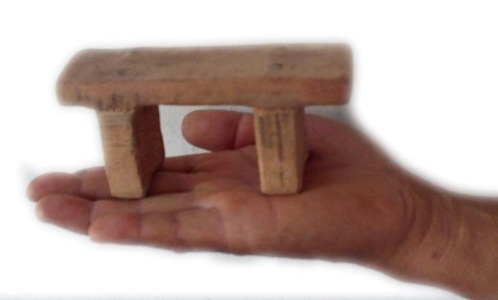 The tiny bench practitioners are forced to sit on

Mr. Mu was again arrested at home in August 2005. He was first held in a local hotel before being transferred to a detention center. One month later, Mr. Mu was given his second forced labor camp term for one year.

After Mr. Mu was released in August 2006, the police kept harassing him at home. To avoid further persecution, he was forced to live away from home in 2007.

Mr. Mu was arrested on April 1, 2012, by Zhou Ze, a police officer from Fucheng District Domestic Security Office. His personal belongings, including his bank card, ID card, and tricycle, were taken away. He was interrogated for long hours after the arrest.

Mr. Mu was tried by the Fucheng District Court of Mianyang City on March 1, 2013. He was sentenced to three years in Jiazhou Prison.

Right after he was taken to prison, the guards threatened that he would face severe persecution if he refused to write a statement renouncing Falun Gong. They would make him “haggard in three days, have a nervous breakdown in a week, become bedridden in half a month, and then go to hell in a month.”

Mr. Mu was imprisoned in the 9th ward. He was only allowed to sleep for two hours per night, from 12 a.m. to 2 a.m. For the rest of the time, he was forced to stand or sit. A week later, the prison guards shocked him with three electric batons simultaneously.

The guards tried to force Mr. Mu to write a statement giving up his belief every day. When Mr. Mu wrote an article testifying to the benefits of practicing Falun Gong, the guards dragged him to the restroom, where there was no surveillance camera, and beat him.

“A Fellow Practitioner Changed After I Looked Inward”

“My Memories of the “April 25th” Peaceful Appeal”