(Minghui.org) Falun Dafa practitioners held activities in Sakae, the busy business area in Nagoya City, Japan on Sunday, March 6. They distributed informational materials about Falun Dafa and collected signatures on a petition to support the lawsuit against Jiang Zemin, former head of the Chinese Communist Party (CCP) who initiated the persecution. They also told people about the CCP’s state-sanctioned organ harvesting from practitioners. 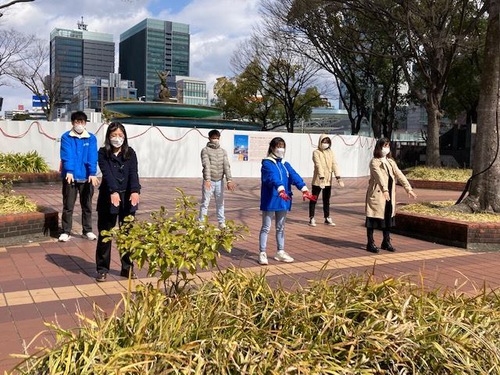 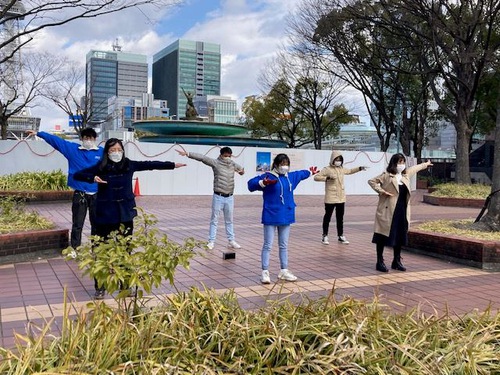 Practitioners held an event in Sakae, Nagoya City, Japan on March 6 to introduce Falun Dafa and tell people about the persecution. 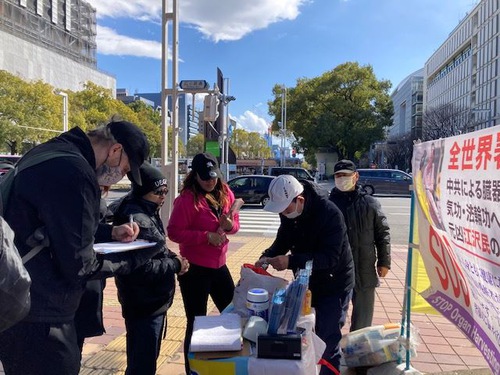 Many people stopped to learn about Falun Dafa and sign a petition to support the lawsuit.

A Chinese man in his 30s started chatting with a practitioner. The practitioner handed him a flyer in Chinese. He told the practitioner that he taught in a university. He believed in the ancient Chinese principle that good deeds are rewarded and evil deeds are punished. He said that he was very supportive of Falun Dafa.

“14 Years After Wife’s Tragic Death, Beijing Man Also Dies as a Result of Persecution of Their Shared Faith”