(Minghui.org) The Art of Zhen Shan Ren (Truthfulness-Compassion-Forbearance) International Exhibition was held in Moscow from March 6 to 8, 2022. Many who saw the exhibition said it brought warmth and kindness to a chaotic and uneasy society. Some said they could sense the great moral strength emanating from the depicted Falun Dafa practitioners.

Falun Dafa, also known as Falun Gong, is a cultivation practice of mind and body. It was first introduced to the public by Mr. Li Hongzhi in 1992 in China. Since then, millions of people in over 100 countries around the world have taken up the peaceful spiritual practice. In 1999, the Chinese communist regime launched a brutal persecution of the practice, which continues to this day. 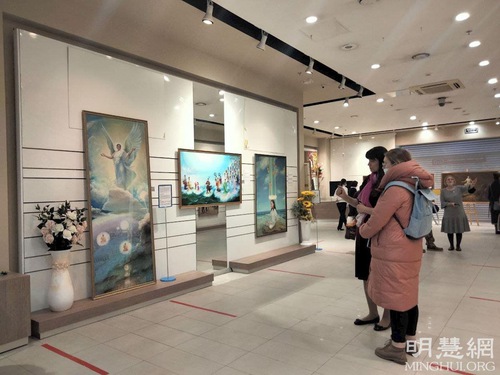 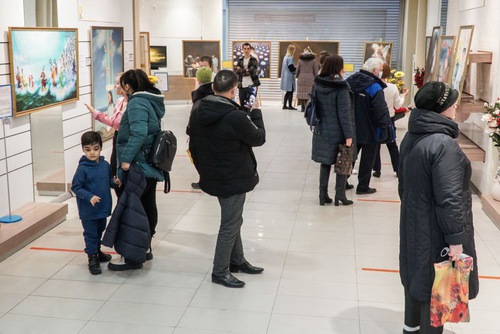 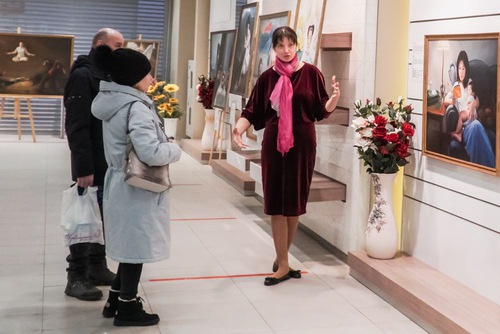 Some of the artworks depicted Falun Dafa practitioners suffering great difficulties due to the persecution by the Chinese Communist Party (CCP), even as they refused to give up their belief in the principles of Truthfulness-Compassion-Forbearance. Several visitors said that they could sense the practitioners’ strong will and unshakable faith and saw that kindness and truth will always prevail.

Impressed by what they saw and heard at the exhibition, many visitors shared their thoughts. 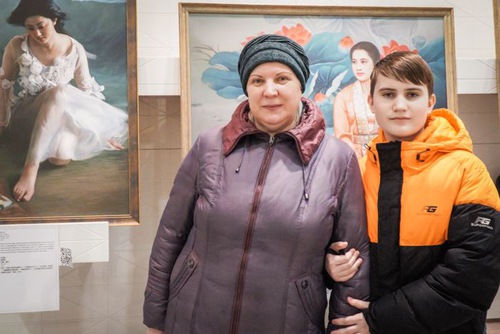 Nadezhda and her grandson Timothy.

Nadezhda said that as soon as they entered the exhibition, all the problems of the world seemed to just disappear. It was peaceful, glorious, and calm, as if beautiful music was playing in her soul, and she could sense the energy of Truthfulness-Compassion-Forbearance emanating from the paintings. “The paintings create a positive atmosphere—they radiate light and serenity,” she said. 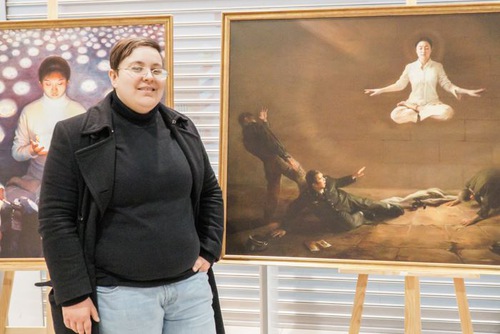 Veronica, a psychologist and hypnotherapist, said she usually doesn’t go to exhibitions but felt drawn to this one by an irresistible energy from the paintings when she passed by.

“These portraits capture the power of the human spirit well. Because the painters themselves have experienced persecution, you can feel that they understood what they painted and were able to convey their inner emotions,” Veronica said.

She said the artworks prompted her to think about the power of spiritual belief and morality that everyone needs. “All kinds of restrictions are imposed on us these days. Spiritual beliefs are supposed to overcome all the difficulties in our lives and guide humanity towards prosperity and happiness.” 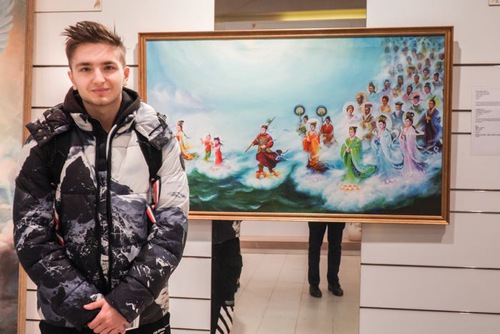 Andre, a student, said that the paintings informed him about the persecution of Falun Dafa practitioners by the CCP. “It is very important to let people know about it. Hopefully the exhibition will help stop the persecution. The people in the artworks are luminous and positive. The paintings remind us to be kind and to listen to our conscience.” 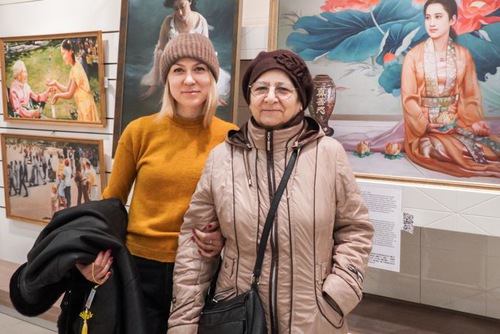 Natalia and her mother

Natalia, a stylist, said that the exhibition made her feel very warm and calm. She wrote in the guestbook: “In all the current chaos, this exhibition is a corner of warmth and kindness, which I enjoyed very much. Very sad and heartbreaking to see people being tortured for their beliefs. But we believe that kindness, love, and purity will always triumph.” 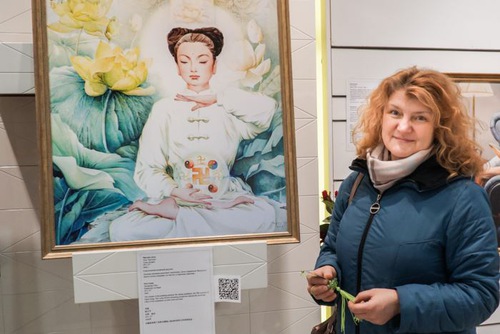 Olga, a tailor, said she saw hope in the paintings and that truth will win out. 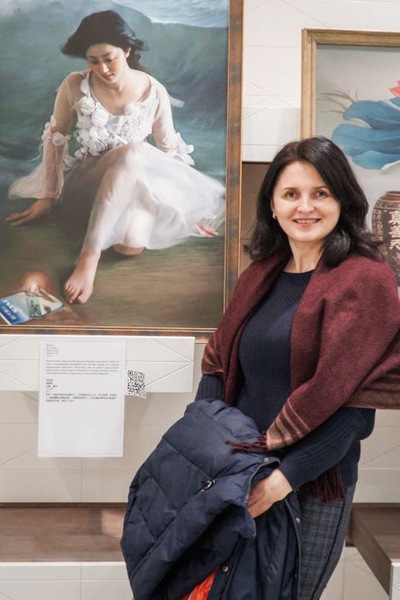 Olga, a communications engineer, was very impressed with the artworks. She said, “I support the importance of the principles conveyed in this exhibition because there is really a need to shine a light on goodness, the most important thing in our life so that there can be peace on earth.”