(Minghui.org) To celebrate the Chinese New Year, Falun Dafa practitioners held a parade in Taupo on Saturday, February 5. They introduced the spiritual practice to local residents and wished them a Happy New Year. 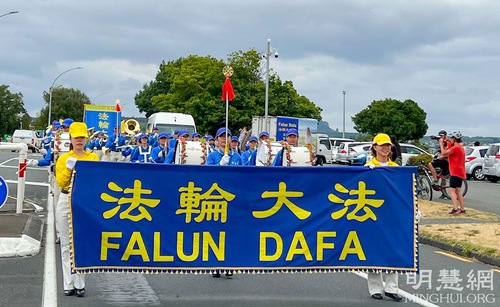 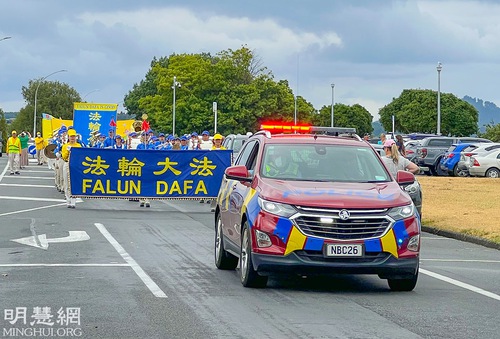 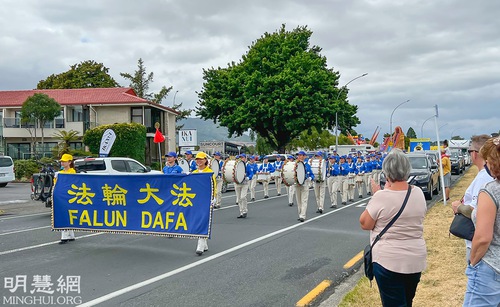 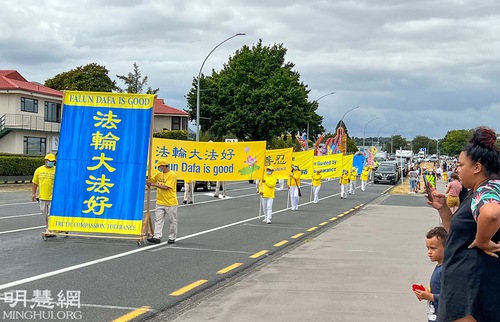 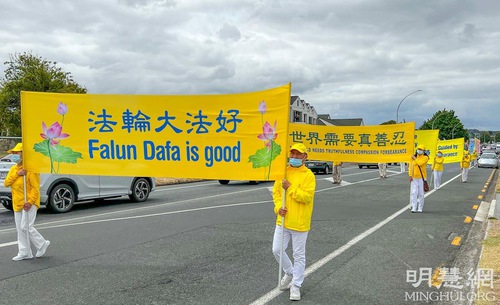 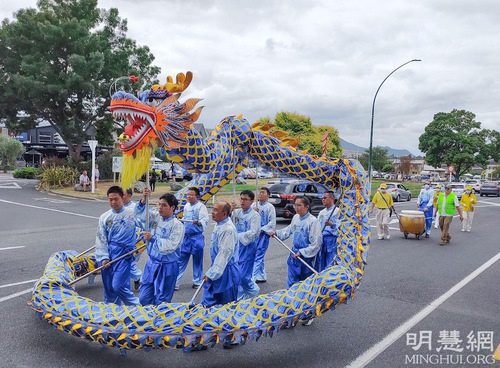 Practitioners held a parade in Taupo. 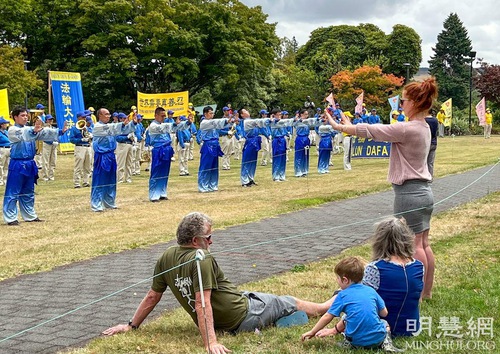 A woman imitates the movements as practitioners demonstrate the exercises.

One of New Zealand’s prime recreational destinations, Taupo is located next to Lake Taupo in the middle of North Island. The area boasts the country’s largest freshwater lake, which is the size of Singapore and is in the Taupo Volcano crater. Because of the area’s unique geography, Taupo is popular for skydiving and paragliding. 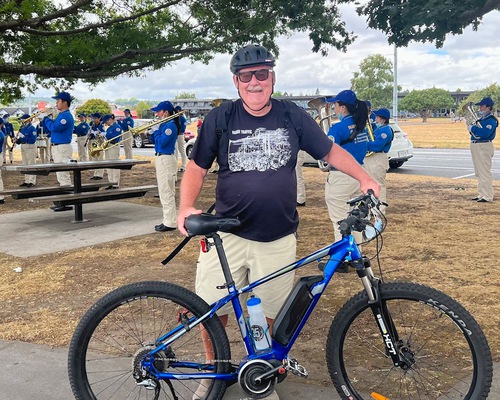 Tom Watson is a zoologist who has taught animal breeding techniques in China. He and his wife were vacationing in Taupo when they noticed the Tian Guo Marching Band rehearsing. They said they enjoyed the beautiful music that seemed to combine West and East, which set it apart.

Tom said he knew about the Chinese Communist Party’s (CCP) persecution of Falun Dafa and hopes the CCP stops persecuting its own people.

“Falun Dafa practitioners use this peaceful way to express themselves and encourage people to pay attention to the CCP's persecution of human rights. They face difficulties. It is hard. I wish more New Zealanders could know what’s happening in China,” he commented.

Former High School Principal: The Principles of Truthfulness-Compassion-Forbearance Are Important 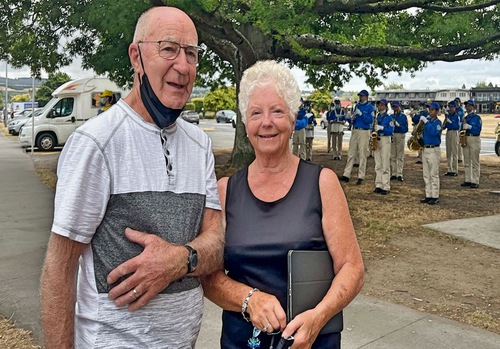 John Lamond was pleased to see the Tian Guo Marching Band and enjoyed the performances. He said that Falun Dafa’s principles of Truthfulness-Compassion-Forbearance are important. He indicated that such values were needed now more than ever because in today’s world, family members are pitted against each other, refuse to compromise, and don’t respect their elders.

He also said that the persecution of Falun Dafa in China was bad and should not have happened. He called the CCP’s organ harvesting barbaric and said it reminded him of what the Nazis did during World War II. He said he wanted to know more so that he could share it with his friends.

“There are still a lot of people in the world who don’t know anything about it,” he said. “When more people know, they will pass it on by word of mouth.” 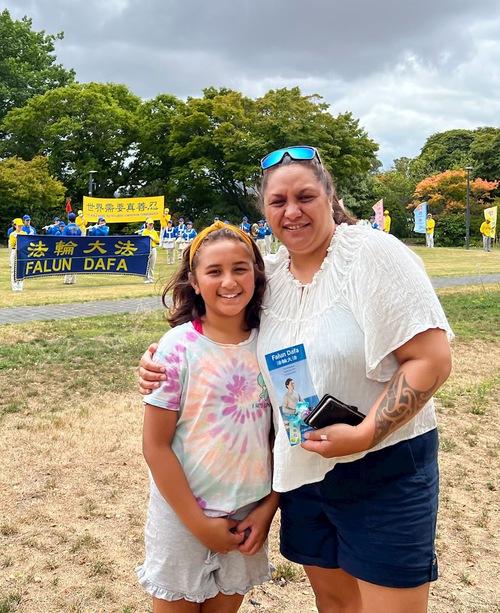 Kim Kaukau is a Māori psychologist. She said, “I just watched a video about Falun Gong on the Internet yesterday and saw how the CCP tortures and kills practitioners. In the video, practitioners held banners in a peaceful protest, and a group of people snatched their banners and chased them. Then I saw practitioners were imprisoned, tortured... I really couldn’t stand it.”

She said that she didn’t know anything about Falun Dafa before, but after watching the video, she understood. She was pleased to see the parade. She said she would post parade photos on social media to let Maori people know and support the practitioners.

Kim also said, “They (practitioners) stand up for human rights and peace, and I am proud of them. I can feel the strong and good energy emanating from them. I am happy they have freedom of speech in New Zealand and they won’t be killed for meditating.”

Police: This Event Should Get Attention 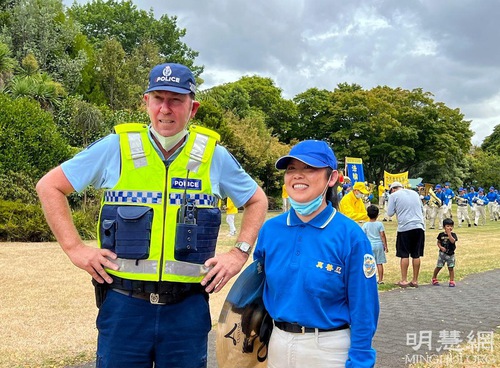 Dave Tidmarsh, one of the police officers in charge of security for the parade, said, “Our job is to make sure today’s march is safe and to help and take care of the group. I’m happy to help them and become a part of their activities.”

“Of Nine Arrested in One Day Four Years Ago, One Dies in Prison and Four to Be Released”