Home > About Dafa > Health Benefits
Falun Dafa Gave Me a Healthy Body
Feb. 16, 2022 | By a Falun Dafa practitioner in China

(Minghui.org) Before following the spiritual practice of Falun Dafa, I had many serious illnesses. Through Fa study and doing the exercises, all of my illnesses gradually disappeared. I want to share some of my experiences during this journey.

My health was at its worst in 2008. I was scared to go to bed, fearing that I wouldn’t wake up in the morning. My husband did most of the house chores, and as time dragged on, he became fed up with the situation and wanted to live somewhere else. I was so upset with his decision that I cried and scolded him. He decided to stay, but I ended up going to live with my sister.

After understanding the situation, my sister didn’t try to persuade me to go home. She told me to stay with her for a while. My sister was a Falun Dafa adherent. She played recordings of Master Li Hongzhi's lectures while I lay in bed. After listening to the lectures, I realized that my body wasn’t in as much pain as it usually was.

My sister had tried to convince me to follow Falun Dafa's teachings before, but I declined. However, I thought to myself, if practicing Dafa cured my sister’s illnesses, I should give it a try as well.

On the fourth day at my sister’s home, I agreed to do the exercises with her. When I tried doing the second exercise for the first time, my entire body was shaking, but I persevered. I realized I didn’t have any choice other than to learn Falun Dafa. Only Dafa and Master Li (Dafa’s founder) could help me. On the fifth day, I told my sister that I would start cultivating, then returned home.

My son began to cry when he saw me. He didn’t want his parents to get divorced because he thought no one would take care of me. I replied, “Don’t be afraid. Your mother has started cultivating Falun Dafa, along with your aunt and her husband. I will get better.”

I said to my husband, “I understand how you feel. It is our responsibility as parents to give our son a home. Once he gets married, we can get divorced.”

After studying the Fa, I understood one thing, that true cultivators don’t have any illnesses. At first, I continued taking the blood pressure drugs. In a dream, a glass tube stuck out of my armpit, which scared me. But to my surprise, a big hand swatted the tube away. Then another tube stuck out from my other armpit, and the hand swatted that away too.

After I woke up, I realized the glass tubes represented high and low blood pressure. Since then, my blood pressure has stayed within the normal range, and I have not had to take another pill.

Master Li gave me a second life and saved my family from falling apart. Through cultivation, a lot of amazing things occurred, such as seeing a white light underneath my right eye while sending righteous thoughts, and walking upstairs has become effortless.

I realized what Master said was true. In the past decade, He has protected me throughout my cultivation. With the help of fellow practitioners and my steadfast righteous thoughts, I was able to pass numerous tests. Deep down, I know Master is taking care of me, and that no one dares to persecute me.

Listen to Master, Be Diligent When Telling People the Facts

“Clarifying the truth isn’t a simple matter—it’s not only a matter of exposing the evil. When we clarify the truth we are saving sentient beings, and at the same time it involves the matter of your own improvement and your elimination of attachments during your cultivation, and the matter of Dafa disciples being responsible to the Fa in their cultivation, as well as issues like how you fill and enrich that paradise of yours in your final Consummation.”(“Teaching the Fa at the Washington, D.C. International Fa Conference,” Guiding the Voyage)

Cultivating myself, helping Master in Fa-rectification, and saving people are the most important tasks for Dafa practitioners. In the mornings, I go out to clarify the truth, and in the afternoons, I study the Fa. I know that when I am talking with people about Falun Dafa, it is Master who is actually saving people.

While at a bus stop, I saw an 80-year-old woman sitting on a bench nearby. I walked over and started chatting with her. She said she hadn’t ever gone to school, so I thought that she wasn’t part of any of the Chinese Communist Party’s (CCP) organizations. But she then said, “I was the Director of the Women’s Committee for 20 years.” I quickly realized that she was a party member and explained to her why everyone should quit the CCP’s organizations. After she agreed to quit, we both smiled.

A friend came to visit me. When she saw me, she exclaimed, “Wow, you look so healthy and pretty today. You are no longer a sick, yellow-faced lady!” I told her, “Like your mother-in-law, I practice Falun Dafa now.” She looked at me in disbelief. Her mother-in-law had been practicing Dafa for over a decade and does all of the household chores by herself.

She told my friend she would be able to take care her when she got older. My friend had numerous illnesses and one of them, rheumatoid arthritis, had been troubling her the most. She couldn’t touch cold water, and her body ached all over. She had to lay down frequently because of the symptoms. After seeing the changes in me, she decided she would practice Falun Dafa too.

I said to her, “You’ve practiced Tai Chi for 20 years. Have you gotten healthier?” She was silent. She already knew about the goodness of Dafa because she saw the changes in her mother-in-law. I continued, “Once you start cultivating, you will know why people get sick and you won’t blame anyone for it.” Everyone in her family ended up quitting the CCP organizations, and she began to follow Falun Dafa's teachings and do the exercises.

Not Being Attached to Wealth

In 2010, a former company manager came to visit me, bringing a lot of gifts. I had been retired for four years. The company he worked at was going to expand and wanted to increase the credit and mortgage lending department. He wanted me to help process the credit applications from financial institutions. The salary was very generous. However, I refused the job and explained how Falun Dafa had changed me. I also helped him to quit the party. He then asked me for a copy of Zhuan Falun.

Dafa has given me a healthy body, and helped me understand why we are on this earth and where we are going. Master said:

“Contrast that with the following view: coming to this world is like staying over at a hotel, which we quickly leave after a short stint. Yet some people are so caught up in this place that they have no interest in leaving. They have forgotten their true homes.” (The Ninth Talk, Zhuan Falun)

Wealth doesn’t mean anything to cultivators. I only wanted to focus on improving my character, and since the lending business is very risky, I didn’t want to bring shame to Dafa if something went wrong.

I thought that was it, but the manager came to see me again and brought more gifts. After some consideration, I agreed to work for the company branch under three conditions: I would buy him gifts of similar value, I would help with the credit application process but would not be involved in the sales side of the lending business, and I would not receive a salary.

After three months of hoping the application process wouldn’t succeed, I was told that the credit applications were not approved. I was relieved. At the time, there were many investment banks, and a lot of them went bankrupt due to bad management. Many people lost a lot of money because of them. I thank Dafa and Master for guiding me on the right path.

The Consequences of Slacking Off

As time went on, my cultivation environment underwent a big change. For example, as my granddaughter was older and didn’t need to come home for lunch, I had more time to study the Fa and increase my xinxing level. However, I wasn’t able to maintain a clear and focused mind when reading, and sometimes I would fall asleep. There were also times when it was hard for me to wake up in time to send righteous thoughts at midnight. I realized the severity of the problem and knew it was interference from the old forces.

In June of 2021, I felt ill and couldn’t speak coherently. After sending righteous thoughts, I thought I would feel better the next day. However, the situation worsened, and I couldn’t talk to people about Falun Dafa. I rejected all the symptoms I had, knowing it was the old forces’ interference. I stayed at my sister’s house for five days and focused on studying the Fa, doing the exercises, looking within, and sending righteous thoughts. I recovered and returned home.

As Dafa practitioners, it is important that we prioritize Fa-study, deepen our understanding of the Fa, and reject all of the interference from the old forces. We must be diligent in our cultivation, fulfill our sacred vow, and follow Master to return to heaven. 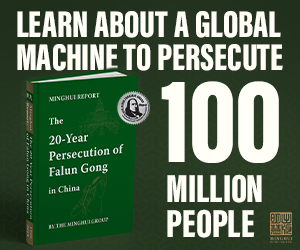