Home > Cultivation > Improving Oneself
Germany: Practitioners Wish Master Li a Happy Chinese New Year and Testify to Falun Dafa’s Magnificence Amid the Pandemic
Jan. 27, 2022 | By a Minghui correspondent in Germany

(Minghui.org) For nearly two years, the pandemic (commonly know as COVID-19 or the CCP virus) has upended people’s lives across the world. People are concerned about their health and safety. Falun Dafa practitioners in Germany stated that amid these uncertain times, they are still able to do well in their jobs and help those around them infected with the CCP virus. This is all because they practice Falun Dafa.

“Thank you Master! My Husband’s Life Is Renewed By Dafa” 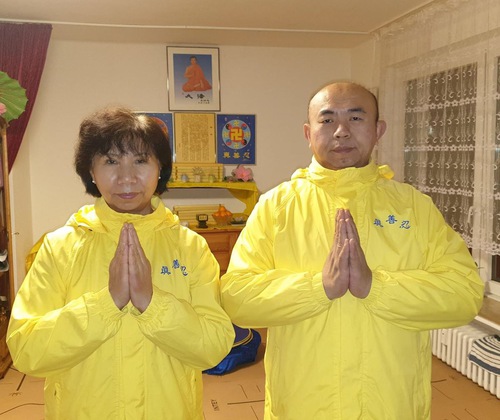 Ms. Liu and her son live in North Rhine-Westphalia. They have encountered many local Chinese residents when they clarified the truth and Mr. Hu and his family is one of them.

Mr. Hu, 80 years old, moved to Germany 50 years ago. He became unconscious and collapsed to the floor one day in December 2021. Mr. Hu’s daughter phoned Ms. Liu and told her that her father was diagnosed with a severe lung condition and was sent to an intensive care unit in another city. When she heard this, Ms. Liu traveled four hours the next day to visit Mr. Hu at the hospital.

His wife asked Ms. Liu, “Because of the CCP virus, even our family members are concerned about visiting him in the hospital. What made you so determined to go when you’re not even related to him?” Ms. Liu explained, “I did not think much at that time. Upon learning that Mr. Hu’s life was in imminent danger, I knew I had to go see him immediately.”

Ms. Liu said, “Mr. Hu was unconscious and connected to a ventilator. The hospital did not let me stay long so I reminded him to say, “Falun Dafa is good. Truthfulness-Compassion-Forbearance is good.” I also told him many stories about people recovering their health by reciting those nine special words. I began to notice that his fingers started to move after I repeatedly said the nine words.”

Mr. Hu began improving within two days but the hospital still issued a notice of critical illness. When Mr. Hu’s daughter called Ms. Liu and said that they decided to give up on his treatment, Ms. Liu reminded her Mr. Hu was getting better. However, Mr. Hu’s family regarded his condition as “terminal.”

Ms. Liu said, “I wept and told them that Mr. Hu is still alive. How could they give up on him so easily?” Mr. Hu’s youngest son was touched by Ms. Liu sincerity and said, “This is indeed a person of faith and belief.” Mr. Hu’s family decided to continue his treatment.

Each time Ms. Liu visited Mr. Hu in the hospital, his condition improved. He was able to breathe on his own, was taken off the ventilator and transferred to a normal ward.

The doctors said, “This is a miracle.”

After he was removed from the ventilator Mr. Hu was able to have simple conversations with his family. He told his wife that he knew Ms. Liu came to visit him and said that he felt Dafa’s powerful energy whenever he recited the nine special words.

Ms. Liu invited Mr. Hu’s family to her home. As soon as she saw Master’s portrait hanging on the wall, Mrs. Hu knelt down and said, “Thank you Master. I know that Dafa has renewed my husband’s life.”

Ms. Liu said, “I am grateful to Master for spreading the wonders of Dafa. I will continue to be more diligent in cultivation and do well in the three things. I would like to wish Master a Happy Chinese New Year!”

Ursula works as a researcher in a biological laboratory. She began practicing Falun Dafa in 2001 and both she and her daughter personally experienced Dafa’s miracles.

Ursula said, “I clarified the truth to my daughter as soon as I began practicing and I reminded her to say the nine special words if she encountered any danger. When my daughter was 12 weeks pregnant she began bleeding profusely and was sent to the hospital. When she gave birth to a healthy child at 36 weeks, the doctors told her it was a miracle that she and the baby survived after the bleeding.”

When my daughter was discharged from the hospital, she told me that she had continued reciting “Falun Dafa is good. Truthfulness-Compassion-Forbearance is good.” whenever she had time.” She knew that Master and Dafa created this miracle.

An ordinary person would think the immunity to the CCP virus is created after one gets the COVID vaccination. However, this was not the case for Ursula.

A professor from Vienna came in May of 2021 and stated that he was able to test for COVID-19 immunity in each person. Ursula was tested for her own immunity.

What surprised everyone was that although Ursula did not get the COVID vaccination, she still had the immunity. Her colleagues were astonished.

Ursula said, “I have been very healthy. Whenever I got a COVID test done every two weeks, the results always came back negative. I know this is because I practice Falun Dafa.” 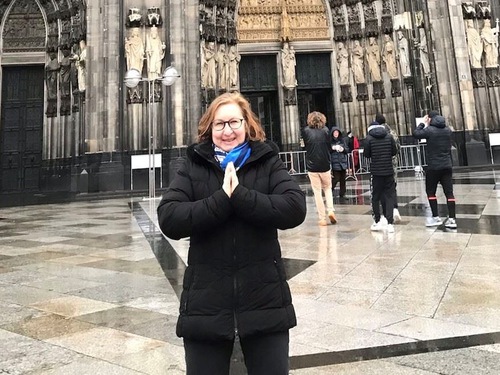 Ursula said, “Thank you Master for your compassionate salvation. During this period of time when the CCP virus is spreading, where everyone is nervous and frightened. Only practitioners are able to maintain a calm heart. Dafa disciples aren’t deluded amidst this illusion. I can truly feel Dafa’s extraordinary power. I would like to sincerely wish Master a Happy Chinese Year!”

Taking Care of Her Husband Infected With the CCP Virus 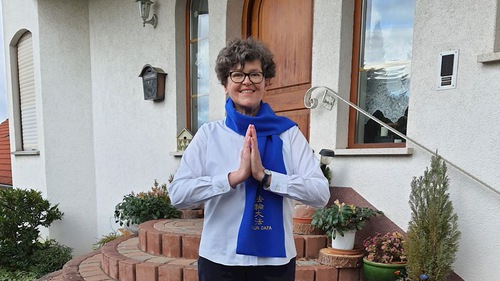 Andrea worked in the national social security system for 20 years and has interactions with over 50 people every day. “When the pandemic hit, my job became very challenging. My colleagues would get very anxious as soon as someone tested positive for the CCP virus.”

“I was not scared at all since I have been practicing for over 20 years. Why should I be afraid when my cancer disappeared after I began practicing Falun Dafa?”

Andrea was diagnosed with cancer before she began practicing Falun Dafa. Afterwards, she refused chemotherapy. One year after she began practicing her cancer miraculously disappeared. She said, “I take over my colleagues’ workload at times because they’ve been exposed to the CCP virus and have to stay home and quarantine.”

Andrea’s husband tested positive for the CCP virus in November 2021. Andrea said, “I immediately remembered that I have a great energy field and I wouldn’t get infected when I stayed by his side to take care of him.”

Andrea’s husband recovered under Andrea’s care. “I did not use any protective measures while I was at home taking care of my husband and I tested negative every day.”

Andrea was worried when she returned to work because her boss was cautious and concerned about the spread of the CCP virus. He sends employees home as soon as they display mild symptoms. When Andrea returned to work, her boss said, “You are still very healthy. You can start going back to work.”

Andrea knew that the power the Dafa disciples can let people be at ease.

Andrea said, “I am very grateful to Master for introducing Dafa and giving me an opportunity to cultivate. Having cultivated for 20 years I now understand the principles Master mentioned in Zhuan Falun are true. Each sentence in the book is related to my life and my surroundings. I sincerely wish Master a Happy Chinese New Year!”

“People Are Waking Up”

“Mexico: Practitioners Share the Joy and Benefits of Falun Dafa”