(Minghui.org) One of Japan’s most important traditional customs is to welcome the New Year with prayers for a smooth and healthy coming year. The streets were filled with people visiting the 88 Buddhist temples in Kyushu. Practitioners in the Kumamoto area took this opportunity to tell people about Falun Dafa and the Chinese Communist Party’s (CCP) 22-year-long persecution during a lively three day event in Kyushu from January 1 to 3, 2022. They called on the public to join the effort to stop the persecution. 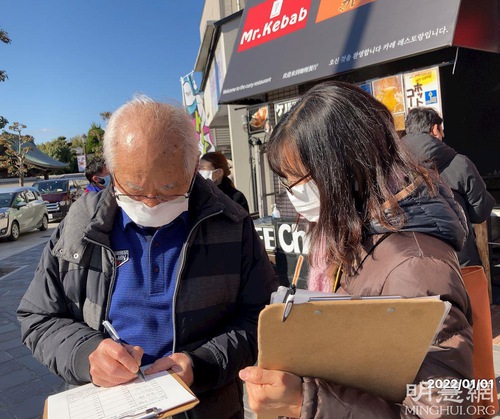 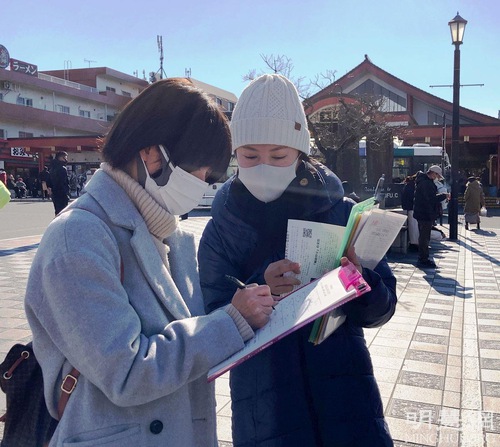 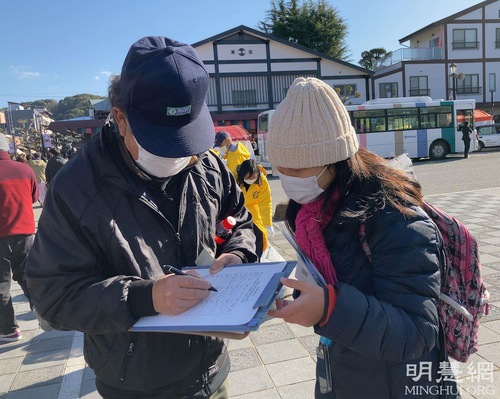 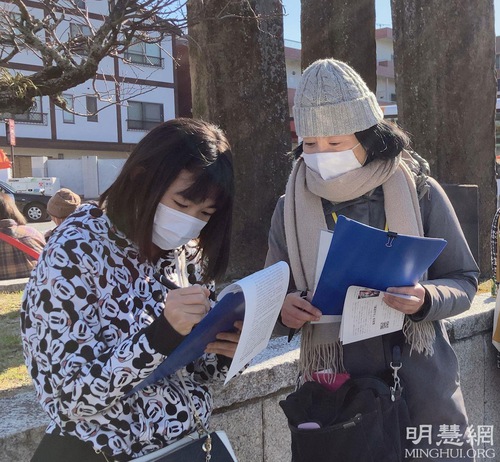 Many people who already knew about the persecution signed a petition to condemn it. One elderly man told a practitioner: “This pandemic is warning us about the CCP’s barbaric and arbitrary behavior. Its harm has now spread to the world.”

Some people warned practitioners about the surveillance and control the CCP regime uses. They expressed their concern about practitioners’ safety. One person asked, “Isn’t it dangerous for you to do this? The CCP has eyes everywhere. You should pay more attention to safety. We support you. Way to go!”

A college student in his early twenties smiled and told a practitioner, “I signed the petition in Fukuoka three years ago. I was a high school student at the time, and now I am a sophomore in college. I really admire your perseverance. When will this persecution end?”

The practitioner replied, “The 22-year-long persecution continues. Many Falun Dafa practitioners are still being imprisoned, and their lives are in grave danger. We must continue exposing the persecution until it ends.”

The college student was moved and said, “It’s hard work. I support you.”

As soon as a young mother holding a little boy heard about the CCP’s organ harvesting, she immediately signed the petition. She said, “Even my young child knows that killing is wrong. Jiang Zemin must be brought to justice.”

An old man who comes to pray every year kindly said to a practitioner, “I’ve seen you here for many years. I signed the petition last year. You work really hard. Take care in the cold weather.”

A practitioner who participated in the event said, “These past two years the pandemic has spread across the world. Japanese people have clearly seen through the CCP regime’s and its evil nature. The CCP brutally persecutes Chinese people with lies. It deceives the people of the world. I hope more people will wake up and see the CCP’s violence and jointly act to stop the CCP’s crimes against humanity.”

“Despite Tribulations: Doing What Practitioners are Supposed to Do”