Perth, Australia: People Call for CCP to End: “The CCP is Paving The Way for World Dominance”

(Minghui.org) Falun Dafa practitioners held activities in Perth, the capital of Western Australia, at the Murray Street Mall on January 9, 2021. They told people about Falun Dafa and how the Chinese Communist Party (CCP) has brutally persecuted it for 21 years. Local residents expressed their support and said the world needs Truthfulness-Compassion-Forbearance. 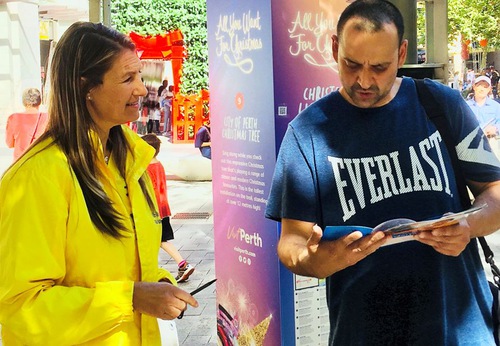 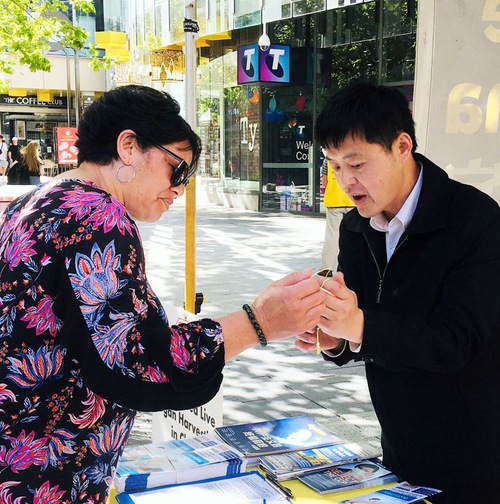 Practitioners held activities in Perth on January 9, 2021, to tell people about the CCP’s persecution.

The CCP is Paving The Way for World Dominance 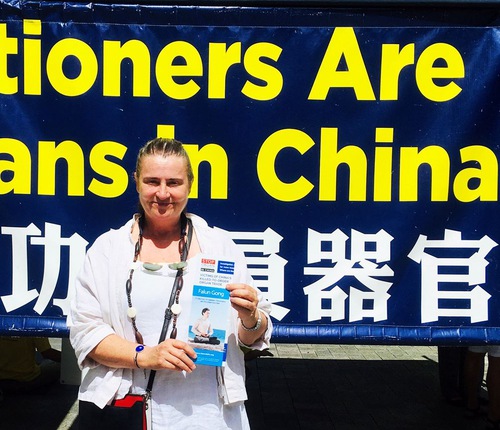 Deborah, a business owner, said the persecution needs to end.

Deborah came across a Falun Dafa information booth two years ago in Fremantle. She said that the persecution of Falun Dafa is similar to the persecution of the Jewish people during World War II. Few people at the time believed that the Jews had been sent to concentration camps. She said, “The Chinese Communist Party (CCP) is paving the way for world dominance and the Australian government should start paying attention to the fact that communism is penetrating Australia.”

Deborah said she likes Chinese culture and that she studied traditional Chinese medicine. She also has many Chinese friends, and they do not like the CCP. She said, “I agree with the principles of Truthfulness, Compassion, and Forbearance. If we could follow these values, many difficulties in life would be resolved.”

She was very happy to help raise awareness about the persecution, and asked for some petition forms to display in her store. “I’d like to help people become aware of what is happening. We should all support an end to this persecution.”

“The Self-Immolation at Tiananmen Square Was a Hoax” 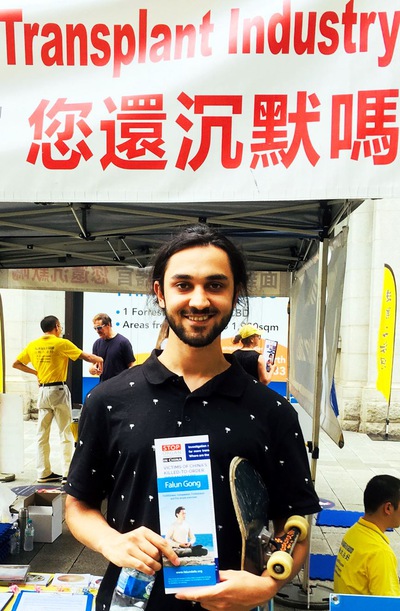 Sachi knows that the CCP’s staged self-immolation at Tiananmen Square was a hoax.

Sachi first learned about Falun Dafa ten years ago, but this was the first time he had heard of the brutal persecution. He said, “I know that the CCP controls all its media outlets to prevent people from learning the truth. The CCP’s ultimate goal in staging the “Tiananmen Self-Immolation” was to establish hatred among Chinese people against Falun Dafa practitioners.

He said, “The continuation of the forced live organ harvesting is due to corruption and darkness in this world. The CCP tramples on people’s lives—I think that everyone should know about this issue. The CCP’s actions are very evil.”

Sachi said he fears the CCP’s penetration into Australia's government so he supports the Foreign Influence Transparency Scheme Act 2018. He agreed with the principles of Truthfulness-Compassion-Forbearance. He said, “If we all abided by ‘Truthfulness’, people would be able to learn more truth, and ‘Forbearance’ helps establish harmony in society. These are good values.”

Christina, a former news reporter in Asia said, “It is wrong to persecute Falun Dafa practitioners because of their faith. Regardless of what you believe in, it should be respected. Live organ harvesting is genocide and this is absolutely wrong.”

Christina’s family is originally from Guangzhou, China and her grandparents lived in Hong Kong. She sighed and said, “My origins are Chinese and I have a special connection with Hong Kong. I am very sad to see that traditional Chinese culture, literature, music, and Hong Kong are being destroyed by the CCP.” 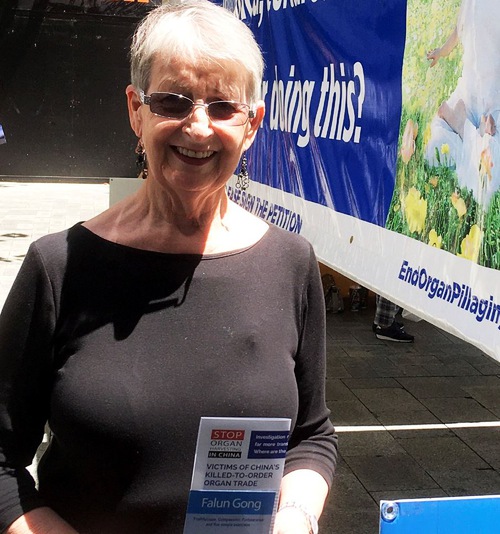 Ita, a retail manager, learned about the CCP’s live organ harvesting many years ago. She decided to stop buying products made in China, and said, “Live organ harvesting is too terrible. Truthfulness-Compassion-Forbearance are very good principles to follow in life and will bring goodness to the world.” 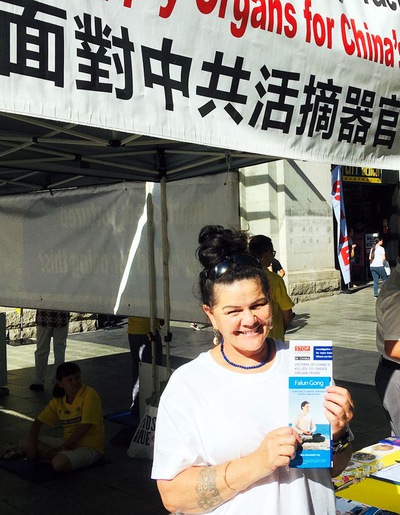 Trish says that Falun Dafa’s principles of Truthfulness-Compassion-Forbearance are wonderful.

After learning that Falun Dafa practitioners follow the principles of Truthfulness-Compassion-Forbearance, Trish, a real estate agent, said that these principles are wonderful and it will have a great impact on society.

Trish feels that the Australian government should establish a law to ban live organ harvesting. She said, “It’s unbelievable that this is happening in China right now. This is very terrifying! People should not be persecuted just because they have a different ideology than the CCP's.”