(Minghui.org) Today's news from China includes incidents of persecution that took place in 5 cities or counties in 2 provinces, where at least 8 practitioners were recently persecuted for their belief. 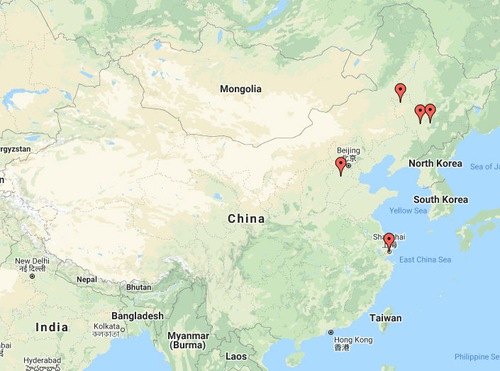 Over 40 female practitioners are being held at Changchun City No. 4 Detention Center. Some of them are seniors. Ms. Wu Shuzhen, 69, is unable to squat, but she is forced to take night shifts. Ms. Xu Fenglian, 72, is short and slim and cannot walk without help. She was sentenced to two years in prison. Ms. Fu Yanfei, 47, was tortured several times for doing Falun Gong exercises. She was handcuffed behind her back with a hand reaching down from her shoulder. Guards deceived practitioners into writing the “five statements” renouncing Falun Gong, saying they would be released within a week if they wrote them.

Before they were taken to the detention center, practitioners were photographed, fingerprinted, and given blood tests and chest X-rays. After they came to the detention center, they were stripped of all clothes and fingerprinted. They were forced to buy everything they used there, including clothes, comforters, and even bed slats. When they left, they were not allowed to give away these things. They had to write down and sign that they were giving them away willingly. Guards then sold them to newcomers.

Forty inmates are held in a cell of around 40 square meters. They were commonly given meals of only streamed buns and a vegetable soup with several leaves. The toilet is inside the cell and has a horrible smell. Inmates take turns doing two-hour night shifts. They had to sleep on their sides in order to fit.

Each cell has six or seven surveillance cameras covering every corner of the cell. Inmates are not allowed to talk.

Ms. Yu Shuchun was arrested on February 3, 2021. She is being held at Daqintala Detention Center.

Ms. Zhao Lanfang has been under 24-hour surveillance since Chinese New Year’s Eve. Liutuan Police Station has a car with tag A AR952 parked in front of her home. Auxiliary police officers take turns sitting inside the car.

Ms. Zhang Lanying was harassed at work by director Jing Minzhong and officers from Urban District Police Station. The officers ordered her to sign a guarantee statement on video to renounce Falun Gong. She refused. Her coworker signed the note for her when their supervisor ordered her to. Jing threatened to ransack her home.

“We Have to Save People No Matter the Difficulty”

“A Perspective on Sending Forth Righteous Thoughts After Watching Shen Yun”