(Minghui.org) With the persecution of Falun Gong continuing unabated, nine residents of Yancheng City, Jiangsu Province, mostly in their 60s, were sentenced to prison late last year. Falun Gong is a peaceful spiritual and meditation discipline that has been persecuted by the Chinese communist regime since 1999. The nine practitioners had been illegally detained for nearly two years prior to their sentencing.

Mr. Xu and Ms. Zhong were released in late January 2021 after having already served most of their time.

Ms. Zhong, 68, was arrested at home on April 23 and taken away with her hands cuffed behind her back. Her 73-year-old husband, who has one leg amputated, has struggled to take care of himself. 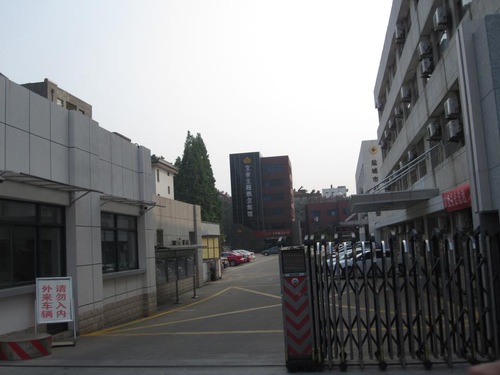 Aishe Hotel, where Falun Gong practitioners were subjected to brainwashing by the Yancheng City authorities.

While the above six practitioners were released temporarily, they were arrested again on May 15 and had their homes ransacked. Mr. Xu and Mr. Wang were also arrested on the same day. Their homes were also ransacked. It’s not clear when Ms. Wu was arrested.

The police ransacked Ms. Kong’s home three times and confiscated two computers, two printers, and office supplies. They brought Ms. Kong back home during at least two of the three raids. On one of her return trips, Ms. Kong's family noticed that her face was swollen. The police also took pictures of the exterior of her apartment.

The persecution is not new to many of these practitioners.

Prior to his latest prison term, Mr. Wang had been sentenced to three years in Wuxi Prison.

Mr. Cao was arrested on April 21, 2010. He was beaten by the police to the point of being unable to walk. He was later sentenced to five years in the Hongzehu Prison by the Yandu Court.

“Hubei Woman Taken Back into Custody Despite Having Failed Physical Examination, Faces Prosecution for Her Faith”