Germany: People Condemn the Persecution During Event Held in Starnberg: “Decline in Morality on a Global Scale”

(Minghui.org) Falun Dafa practitioners held activities to introduce the spiritual practice to the public in Starnberg, Germany on February 12, 2021. They also exposed the Chinese Communist Party’s (CCP) persecution. The event was held on Kirchpaltz, a square near the city hall in Starnberg, a city southwest of Munich. 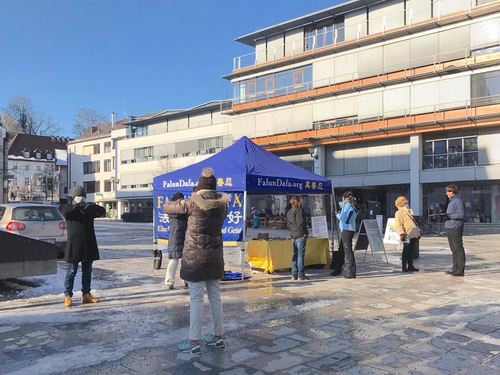 Practitioners held activities in Starnberg on February 12. Some passersby stopped to learn the Falun Dafa exercises. 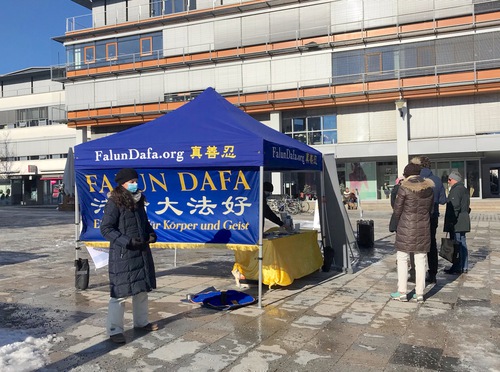 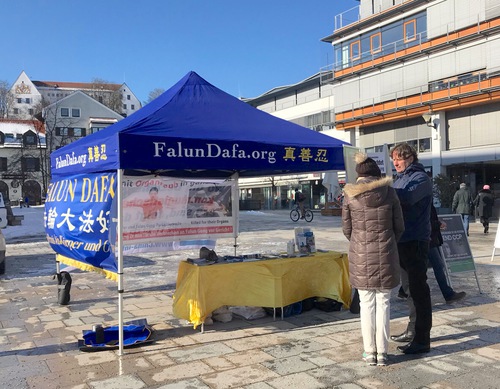 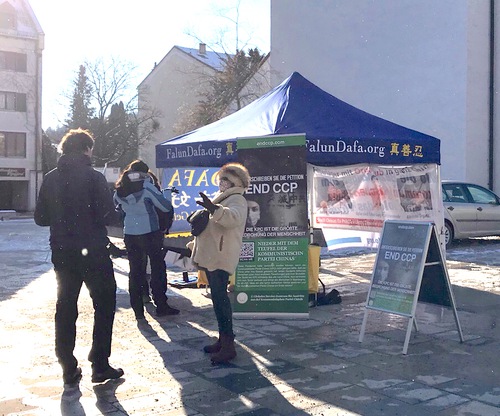 One couple said they first heard about Falun Dafa in a Munich park ten years ago, and they’ve continued to read the teachings since then. They said they were not in contact with other practitioners, and they used the shortened version of the exercise music they received from practitioners in Munich. They were very happy to meet other Falun Dafa practitioners.

“We Need God and Salvation”

Maria said that many people now know about what’s happening in China and signed a petition opposing the persecution.

“We need God and salvation,” a 70 year old lady said. She signed the petition calling for stopping the CCP’s state-sanctioned organ harvesting from living practitioners for profit. She said, “We must do our best to stop it—but we need God’s help.”

The lady said she lived near Starnberg Lake. She said many people there knew about the CCP’s persecution and prayed for Chinese people. She said the mainstream media does not carry true news and does not mention how the CCP persecutes people.

She said, “The mainstream media reports fake news. In fact, most people hold different views from what the media presents.”

Several other passersby said the same thing. Many young people said they were disappointed at how German politicians were weak towards the CCP and did not dare to object to the Party’s violations of human rights.

Condemning the CCP for the Decline of Social Morality

One woman talked with Maria for long a long time. She said that society’s moral decline was due to the CCP’s influence. When the CCP persecutes Falun Dafa practitioners the majority of the international community remains silent. The direct consequence is declining morality on a global scale.

The woman said, “Because we humans always want to have material things, instead of looking at our hearts. We can find answers to problems from our hearts and maintain our internal values.” She added, “It’s a pity that now people in Germany have to censor their speech.”

Some said they often read The Epoch Times. Other said they read the book, How the Specter of Communism Is Ruling Our World. One woman told Maria that a famous host is promoting this book.

The woman agreed with the content of the book and felt that the mainstream media reports were not true—their reports were biased and seemed to have an agenda. For this reason, she no longer watches TV, “We don’t need this.”

“Gaining Wisdom To Meet All Challenges”