(Minghui.org) Falun Dafa is a practice of both mind and body. Many cultivators of Falun Dafa have had their life extended as they work to improve their character. As such, many elderly practitioners are healthy and energetic. Among the numerous greetings sent in to wish Master Li, the founder of Falun Dafa, a Happy Chinese New Year, many are from practitioners in their 80s, 90s, or even 100s. Below are some of the stories shared in their greetings.

I am 101, and I started practicing Falun Dafa in 2013, on my 93rd birthday. I have seven children, the oldest being 82 and the youngest 64. Our five-generation family has been enjoying good health and prosperity.

I used to suffer from frequent urination and had to get up numerous times in the middle of the night. My condition disappeared after I had only listened to half of Master's Lecture One teaching. I only needed to use the bathroom once at night. I was thrilled to become illness-free.

I am illiterate so I keep listening to Master's audio teachings. My daughter, who is a Falun Dafa practitioner working out of town, returns home to visit me on my birthday every year. She usually stays for about one week, during which time she reads Zhuan Falun to me.

When I am not listening to the Fa, I keep reciting “Falun Dafa is good and Truthfulness-Compassion-Forbearance is good.”

I know that my life has been extended for me to cultivate in Falun Dafa, so I remind myself to let go of my attachments, purify myself and follow Master to return to my heavenly home.

I miss Master and I hope Master will return to China soon.

A practitioner shared the following story about a 100-year-old in the greetings to Master:

She said to me, “The New Year is coming and I want to thank Master for saving my life so many times. I am so blessed to have Master protect me in my old age.”

She broke her leg when she was in her 80s and the local hospital declined to accept her due to her advanced age. Her daughter, a Falun Dafa practitioner working out of town, rushed home to take care of her. The younger woman advised her mother to recite “Falun Dafa is good and Truthfulness-Compassion-Forbearance is good.” The elderly woman heeded the advice and her leg soon recovered without any medical treatment. From then on she also became a Falun Dafa practitioner.

One year, she was bitten by a dog and bled profusely. She didn't tell her children and simply rinsed the wound and bandaged it up. She kept studying the Fa and doing the exercises. Soon her wound healed.

Two years later she had shingles and was in excruciating pain. Again, she didn't bother her children. When other practitioners came to visit her, they found out and helped her send forth righteous thoughts. She again recovered quickly.

In early 2018, she had trouble keeping things down and would throw up whatever she ate. Her two sons wanted to take her to a hospital and she said no. She knew Master would protect her. In just a few days, she had a rosy complexion again and she was totally fine.

One October day in 2020, she tripped and fell while taking out the trash. Her left wrist was fractured and became extremely swollen. Again, she didn't go to the hospital. Two months later, she told a practitioner who came to visit her, “Master gave me a hint after I broke my arm. He said it'd take between one and a half and two months to heal. See, now it's exactly two months. Look! Am I totally fine?” She extended her left hand for the visiting practitioner to see. Indeed, her broken wrist was healed!

It usually takes at least three months for broken bones to heal, but she, in her late 90s, recovered in two months without any medical treatment. It's something that can't be explained by modern science.

I am 88 and have been practicing Falun Dafa for 21 years. I was a pill popper since young but I've never needed any more medicine after I became a Falun Dafa practitioner. I never went to school and was illiterate. But now I can read Zhuan Falun and write experience sharing articles.

I started practicing Falun Dafa in 1997. My Emphysema and bronchitis disappeared soon afterwards. I no longer had to worry about struggling to breathe in my sleep and was able to enjoy a good night's sleep every night.

I am 83 and I began practicing Falun Dafa in 1997. I wish Master a happy New Year. I am illiterate, but I listen to Master's audio lectures and do the exercises every day. I've personally experienced the mandorla and the angelic body that Master discussed in Zhuan Falun. I know that Master is here to save people and I'll follow Master to return to my heavenly home.

I am 82 and my wife is 77. We both started practicing Falun Dafa in 1997 and have deeply felt that it is so true that the whole family benefits when one person practices Falun Dafa. Everyone in my family is healthy, my children have good jobs, and our grandchildren are doing well in school.

A Practitioner in his 80s in Fuyu County, Heilongjiang Province

Even though I am in my 80s, people often comment that I look twenty years younger than my age. It is Falun Dafa that keeps me healthy and energetic. I thank Master for offering salvation to me and protecting me all along. I'll do better in fulfilling my mission.

I am 80 and have been practicing Falun Dafa for 25 years. Words cannot express my gratitude to Master. I'll uphold my solid faith in Master and Dafa and walk well the rest of the journey.

An elderly practitioner in Suihua City, Heilongjiang Province had to be resuscitated on several occasions due to his high blood pressure problem. He totally recovered after he began practicing Falun Dafa.

An elderly woman in Jinchang City, Gansu Province said she started practicing Falun Dafa in 2012 and has since memorized Zhuan Falun ten times. She has never had any health problems in the past eight years.

In addition to the above, greetings were also received from the following practitioners: 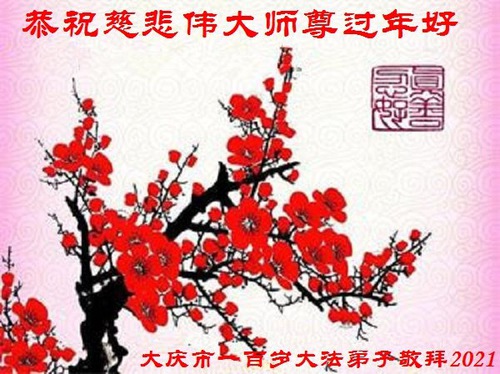 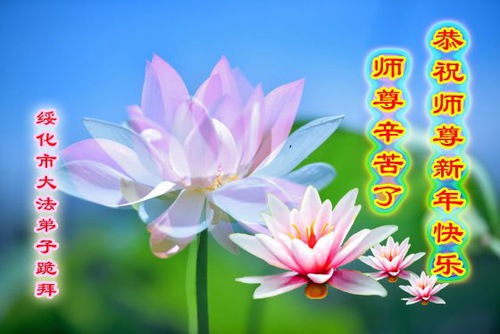 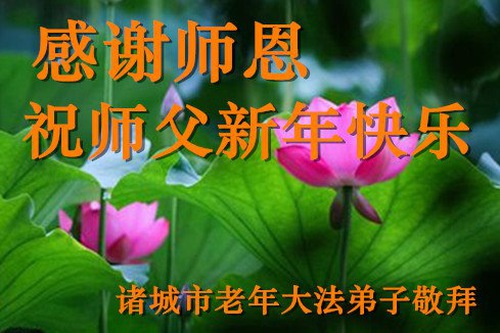 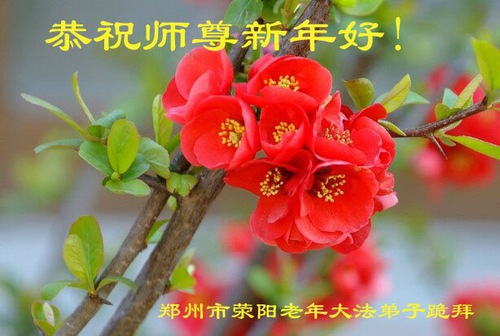 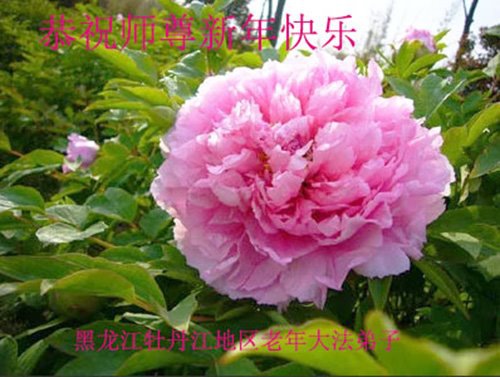 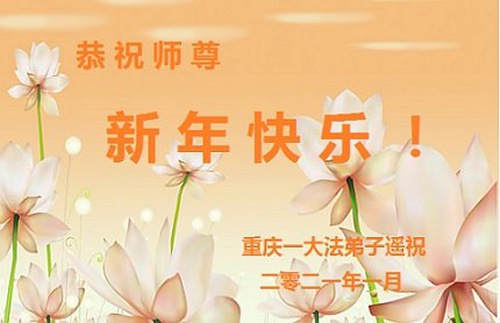 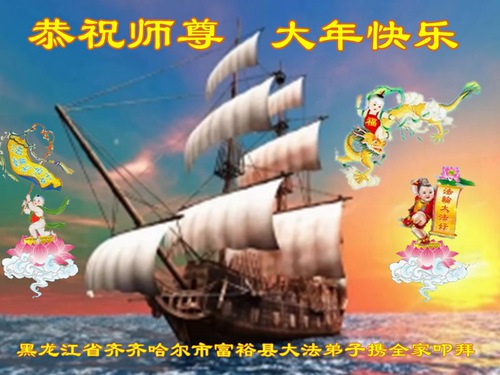 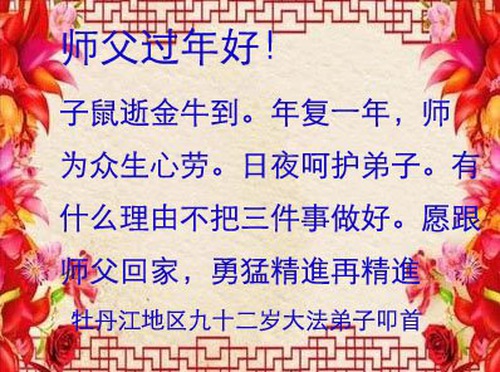 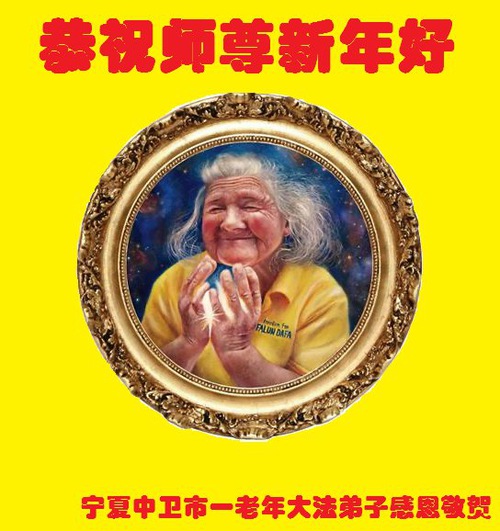 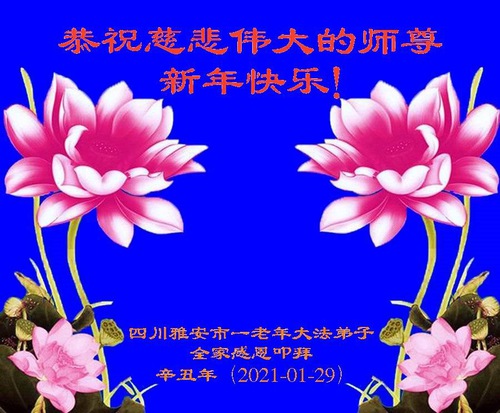 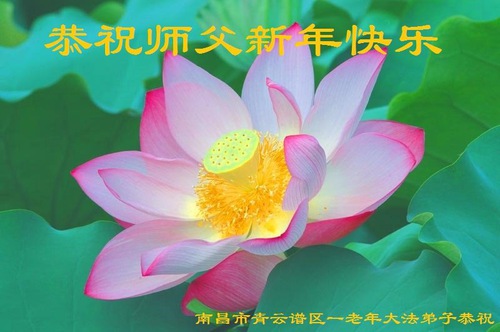