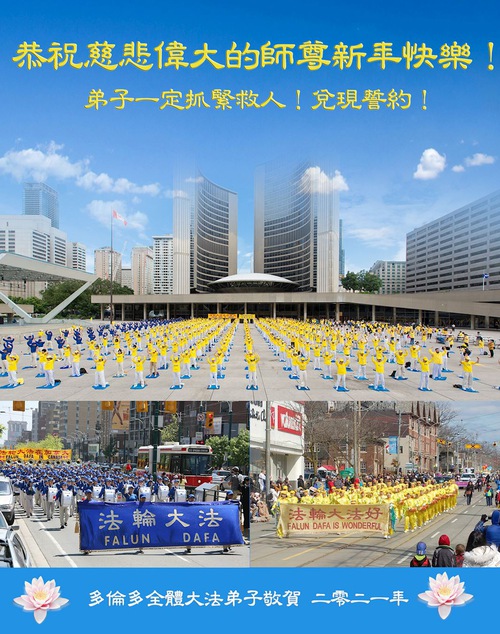 Master's Smile is Our Only Wish

Farewell to the Old, Hello to the New

Thank You, Master for Guiding Me to the Path of Cultivation 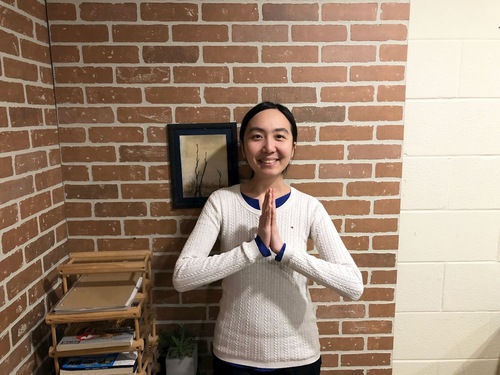 Originally from Vietnam, Tracy Tran works for a media company in Toronto. Recalling how she began practicing Falun Dafa in 2015, Tracy said there seemed to be an arrangement that led her step by step to the path of cultivation. “I was interested in meditation. One day in 2015 while browsing online, I noticed a report on the Epoch Times website about Falun Dafa. I clicked the link and found the book Zhuan Falun. I finished reading it in one day. What Master said in the book was exactly what I was looking for.

“I read all of Master’s recent teachings in three months. I used to think that I had a higher moral standard than other people. I didn’t realize that I also unknowingly went along with society's downward slide. I changed dramatically after I started practicing Falun Dafa. I felt as if I were reborn!”

Tracy used to think that communism only affected those countries ruled by communist regimes. She said she became increasingly aware of how communism has subtly infiltrated Western society. She believes it is important to let people know the true, evil nature of the Chinese Communist Party (CCP). 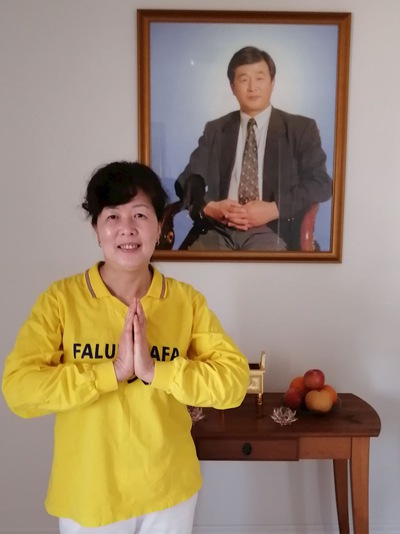 Ms. Wu said, “I had many diseases before I practiced Falun Dafa. My legs could not support me. I had a gynecological disease and I felt drowsy all day. I also heard inexplicable noises that only I could hear, so I did not sleep well.

“After I began practicing Dafa in 1999 in Toronto, everything changed,” Ms. Wu said. “Before I even finished reading Zhuan Falun I stopped hearing those weird noises. I felt my body becoming light—it was as though someone pushed me along when I walked. I no longer felt drowsy. I felt reborn. My family members noticed that I became energetic.”

Ms. Wu also said that Falun Dafa not only made her healthy but also made her a better and more open-minded person. She said she took self-interest and money lightly after she practiced Falun Dafa. Her husband has several siblings. They were not happy about sharing the cost of her father-in-law’s funeral when he died. She asked her husband to cover all the costs. Ms. Wu set aside money to buy a new car as their car was old, but her husband's siblings asked for money to build a new house. Ms. Wu gave them the money that she'd saved for a new car. She said she could not have done this if she did not practice Falun Dafa.

Ms. Wu started to call people in China and clarify the truth to them last year. She said she could feel that sentient beings were waiting for the truth. Many people who withdrew from the CCP and its affiliated organizations said they would tell their friends and family. Some asked Ms. Wu to help their family members withdraw from the CCP. Ms. Wu said, “As a Dafa disciple, I always remind myself to cherish sentient beings, to think from their perspectives and find ways to help them accept the truth.”

Ms Wu said, “Master, thank you for saving me. I will try my best to save more people and not let Master down. I will also cultivate myself well and return to my real home with Master. I wish Master a Happy Lunar New Year!” 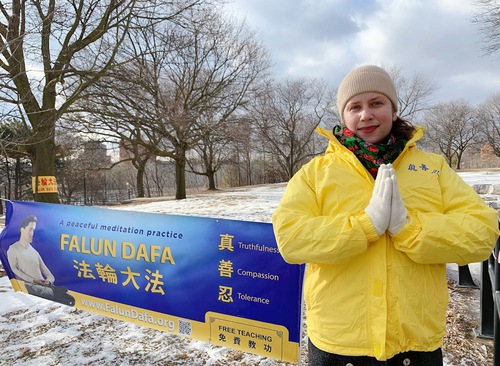 Anna appreciates Master for guiding her onto a righteous path.

Anna began practicing Falun Dafa about ten years ago. She was interested in cultivation, so one of her friends suggested she read Zhuan Falun.

Once she began reading, she could not put it down because Master's teachings answered all her questions about life. Anna had tried different kinds of spiritual practices but felt that none of them were genuine. She said she realized that Falun Dafa is a righteous cultivation way.

Looking back on her cultivation path over the past ten years, Anna said, “Cultivation has helped me understand how to ease the conflicts in my family. I also know how to better take care of my family and take on more responsibilities at home. All these issues are challenging for my generation. I learned to do them well because Falun Dafa teaches me to always think of other people first.”

Anna said, “I became healthy after I practiced Falun Dafa. More importantly, I became a better person. I have no bad habits. Falun Dafa has helped me understand the true purpose of life. It has also given me strength and hope. No matter what environment I am in, I can maintain righteous thoughts as long as I think of the Fa.”

Anna has been working on various truth-clarification projects. She said, “Righteous thoughts can eliminate all kinds of interference. The evil will never succeed as long as we Dafa disciples do the three things well and cultivate ourselves well.”

As Chinese New Year approaches, Anna is sincerely grateful to Master. She appreciates Master’s best arrangements for Dafa disciples and for all of humanity.

Thank You Master, for Taking Me Again 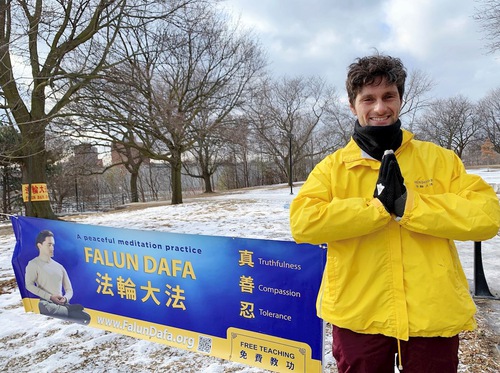 “After I read Zhuan Falun, many questions I had about life and the universe were answered,” Jose said. Like many other practitioners, he felt that his body was purified. His skin problems improved, and he never became seriously ill again. “More importantly,” Jose said, “I had more inner peace, and I knew how to better deal with issues in my daily life. I also knew how to relieve stress.”

He added, “Cultivation is not easy, and some tribulations I've had are more difficult than anything I've ever experienced.”

Jose continued, “Master told us what is truly good and evil, how to distinguish evil from righteousness, and the true meaning of our lives. It is very important to keep these principles in mind. We practice in human society. If we are not careful, we will be disturbed by society's chaos.”

Four years after Jose began practicing Falun Dafa, he stopped because he could not treat some troubles lightly. He said, “At that time, I was easily moved by various things in society and I was distracted by my attachments. However, fortunately, no matter what, I always remembered that Dafa's principle, Truthfulness-Compassion-Forbearance, is good.”

Jose traveled to many countries and visited several temples. He said, “Nothing is comparable with Falun Dafa and its righteous power. Falun Dafa can really rectify a person. Falun Dafa rectified my heart.”

Two years ago Jose decided to resume practicing Falun Dafa. He said he cannot describe his feeling after seeing the door of cultivation open to him again. His heart is filled with infinite joy.

Jose recently moved to Canada from Argentina. He goes to the Chinese Consulate and Chinatown every week to distribute truth-clarification materials to people. He said, “I am always very happy when I clarify the truth to people, and I am happy for them. It is very important to tell people the truth about Dafa because there are still too many people who do not understand what is happening.”

As the Chinese New Year approaches, Jose is sincerely grateful to Master for teaching his disciples the Fa and for guiding them on the path of cultivation. He said, “I sincerely wish Master a Happy Chinese New Year!”