(Minghui.org) An 85-year-old woman died three months after she was harassed and threatened by the police for hosting a gathering at her home to study the teachings of Falun Gong. 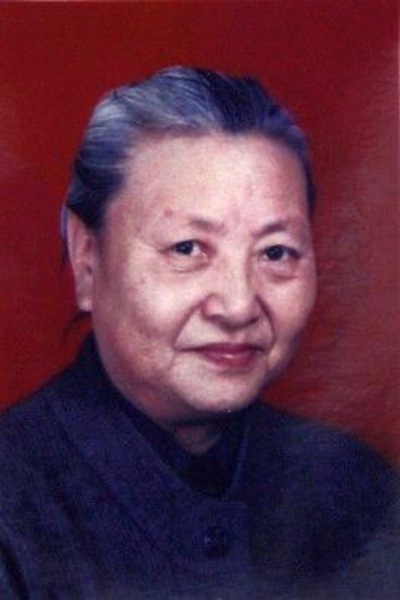 Ms. Li Jingxia was a retired middle school teacher in Qiqihar City, Heilongjiang Province. On July 24, 2020, two officers from Anshun Road Police Station harassed her at home, after monitoring her phone calls and learning that she was hosting local practitioners to study the teachings.

They searched her home and stayed there from 8 a.m. to 5 p.m. After they left, Ms. Li was unable to eat. The mental pressure caused her health to quickly deteriorate. She passed away at 8 p.m. on October 20, 2020.

Ms. Li's death followed multiple arrests and harassment over the past two decades for her faith in Falun Gong.

After she was arrested in 2005, a police officer covered her head with a plastic bag, cuffed her hands behind her back, and struck her on her head with a stick. Another officer burned her ears with a lighter, stepped on and twisted her instep, whipped her with a leather belt, and hung her up by her wrists. The officer even threatened her, “If you were younger, I would have raped you right here.”

Ms. Li was arrested on July 25, 2016, after she was reported for talking to people about Falun Gong at a bus station. The police stopped the bus to arrest her. She was held at the local police station until midnight and returned home around 3 a.m.

Before I started practicing Falun Gong, I had many ailments. Falun Gong helped me to gain mental and physical health. It also teaches me to follow Truthfulness, Compassion, and Forbearance to be a good person.

Since the Chinese Communist Party (CCP) launched its persecution of Falun Gong in July 1999, however, it has slandered the practice. Because I told people the truth about Falun Gong and the persecution, I was incarcerated and severely tortured.

We were planning to appeal at the central government in Beijing in December 2000 for the right to practice Falun Gong. At the train station in Changchun, Jilin Province, I witnessed a policeman hit a practitioner, who fell on the ground, and yet the policeman continued the beating.

We were stopped from boarding the train and detained with other practitioners in a small room in the train station. A guard told a thief detained with us that if he beat up a practitioner, they would set him free. The thief and the guards hit us. The practitioner who came with me fell down, and the thief and guards stomped on her face. They kicked and bruised my legs. All of us were brutally attacked.

Police officer Xia Zelin, who later died in an accident, said I had to pay a fine of 10,000 yuan. He wrote the following note as a receipt, which lacked an official stamp or seal: 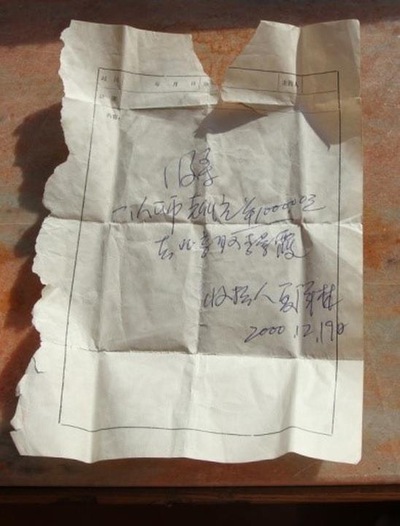 Changchun launched a massive operation to arrest practitioners. The Qiqihar Political and Legal Affairs Committee, an extra-judiciary agency tasked with persecuting Falun Gong, mandated that each police station had to arrest a minimum of 15 practitioners. 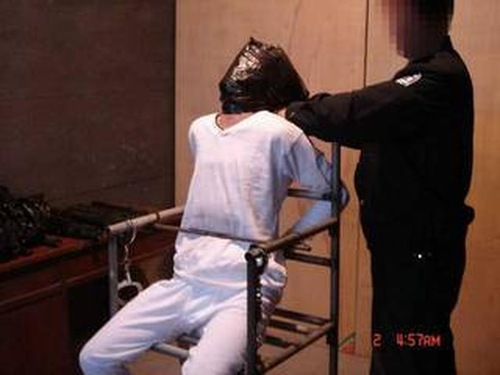 Torture re-enactment: Covering the victim’s head with a plastic bag

Three Anshun Road Police Station officers arrived at my door after 10 p.m. As soon as they entered my apartment, they confiscated my books and other personal belongings and then took me to the local police station.

As I entered the building, I heard the screams of practitioners who were being tortured. I was chilled to the bone in the quiet of the night.

When officer Liu Dayi asked me why I practiced Falun Gong, I said, “For good health.”

He cursed me and said, “Let’s see how I can straighten you out!”

He covered my head with a plastic bag, cuffed my hands behind my back, and struck my head very hard with a club. Every time he struck me, the shock felt like an earthquake. He injured my skull.

I was moved to the No.2 Detention Center, where I was detained for 15 days. There, I saw a practitioner who had been tortured: her entire body was covered in bruises, her face was completely battered, and her legs were swollen.

Another detained practitioner was in her early 20s and from the countryside. Her entire family practiced Falun Gong. Her parents were incarcerated. The grain they’d harvested that year was confiscated by the village Communist Party committee. The local police removed the roof of their house. She was arrested at work and had no clothes to change into.

Handcuffed Behind the Back and More Beatings

In the spring of 2003, police chief Lin Tian came to my home with five officers to take me to the station. At that moment, my son called. Lin snatched the phone away and yelled, “We’re taking your mother to Anshun Road Police Station!”

I resisted, so two of them carried me down the stairs of my building and into the police vehicle. I wasn’t even allowed to put my shoes on. That night I was locked up in a small room that held instruments of torture.

Two young people were brought into the same room later that night. Hearing that I practiced Falun Gong, they pounded on the door to get out. They had probably been deceived by the communist regime’s slanderous propaganda about Falun Gong and feared that I might harm them.

I was later taken to the No.1 Detention Center and held there for four months. One day, the head of the detention center (surnamed Hao) kicked practitioner Ms. Wang Guirong on her head, bouncing her against the concrete wall. When confronted by Ms. Wang that it was illegal to torture practitioners, Hao gathered more guards to drag her and another practitioner into the hallway and beat them, then tied their arms and legs together behind their backs. They were then carried back to the cell, but they could not sit or lie down. 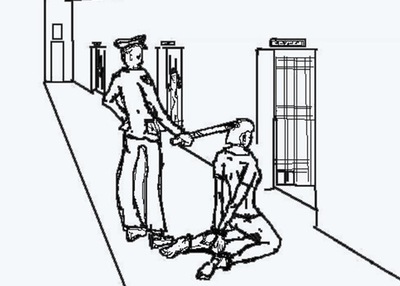 I put a copy of the Nine Commentaries on the Communist Party in a bank one day in 2005 and was captured on surveillance cameras.

The police knocked on my door that same day. They asked if I had given out a copy of the Nine Commentaries. They claimed that they had video to prove that I did. They then searched and ransacked my residence.

I told them that they should videotape how they ransacked my home. I said that they should know very well what Falun Gong is and what kind of people Falun Gong practitioners are. I asked, “Don’t you want your descendants to remember anything nice about you?”

They wanted to take me away, but I refused to comply. Deputy police chief Niu Gang, in his 30s, assured me that they would not hit me. However, as soon as we arrived at Anshun Road Police Station, Niu Gang covered the window and began to torture me. After midnight, they used the “stretching” method on me: my arms were stretched to their limit, my feet were tied, and a bed rail was pressed directly under my chest—all while I was being interrogated and beaten. 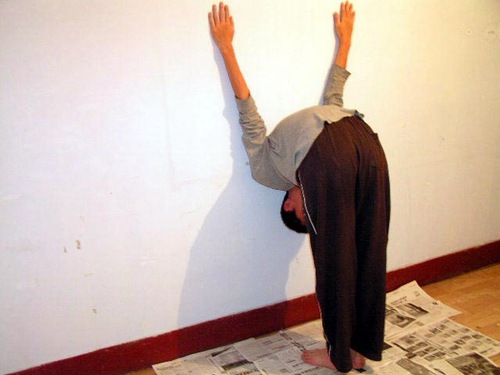 Because I refused to cooperate, Niu Gang tortured me with a method called “flying an airplane.” I had to bend over in front of a wall with my arms stretched out to touch the wall. It was excruciating. Niu slapped my face and forced me to tell him where I got the Nine Commentaries.

When he got tired, he tied my hands behind my back, pulled my hair, and used a lighter to burn my ears. When I turned away from the flame, he circled it around my head to burn me. My ears were severely burned, and oil flew out of the burned skin and flesh.

He removed my shoes and socks and stomped on my feet, not stopping even as they bled. When he was tired, he opened up the Nine Commentaries and read a section on scoundrels. “Scoundrels? I am indeed a scoundrel. If you were younger, I would have raped you right here.” Then he put his feet on my belly and kicked it. He took off my belt and whipped my body and face so hard that the belt cracked.

My head was swollen, and my face was a mess. After midnight, Jiao, the head of the police station, said, “We’ll take you to a good place to rest.” They took me to the stairway between the first and second floor, made me stand on top of a stool, and tied my hands to a heating pipe. They removed the stool so that my feet dangled over the stairs.

“1,334 Senior Falun Gong Practitioners in China Targeted for Their Faith in 2020”