(Minghui.org) Falun Dafa practitioners held a parade on December 26, 2021, to introduce the spiritual practice and expose the Chinese Communist Party’s (CCP) persecution. The parade started at two o’clock in the afternoon. With the Tian Guo Marching Band leading the way, the parade departed from Higashi Ikebukuro Central Park and wound through the bustling streets of Ikebukuro City.

Local people expressed support and they hoped it would help more people learn about Falun Dafa and the persecution. Some people signed the petition against the CCP’s persecution and said they hope to stop the CCP’s organ harvesting, which is a crime against humanity.

The practitioners had a group photo before the parade and wished Master Li, the founder of Falun Dafa, happy New Year. 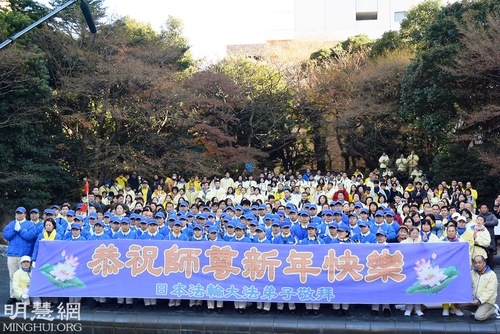 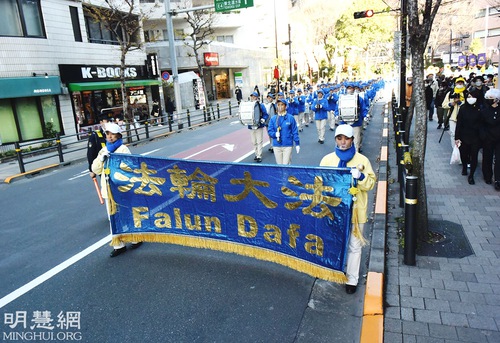 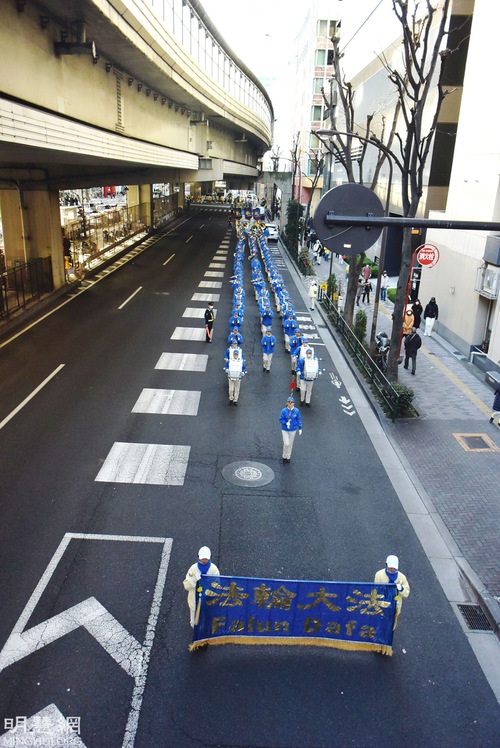 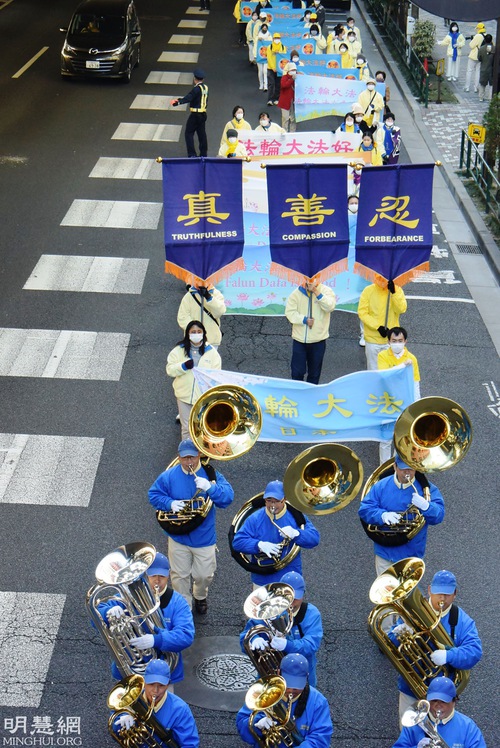 Practitioners held a parade in Tokyo on December 26, 2021.

The parade drew many passersby as it passed through prosperous neighborhoods in Ikebukuro—most have large Chinese populations. People accepted fliers from practitioners to learn about Falun Dafa and the CCP’s persecution. 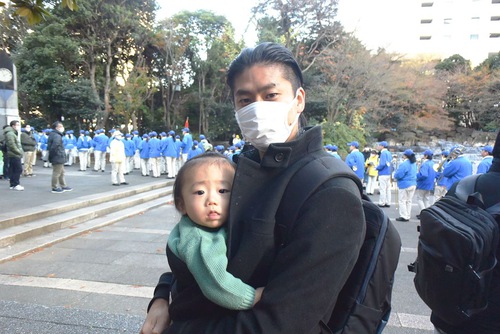 Mr. Ogawa, who lives in Bunkyo Ward, Tokyo, noticed the parade in Higashi-Ikebukuro Central Park. When a practitioner told him about the CCP’s organ harvesting, he was appalled and said, “I have never heard of it before.”

He praised the practitioner’s parade and said, “I think this is a meaningful event. I hope the message of this event can be spread and let more people understand. I support your efforts.” 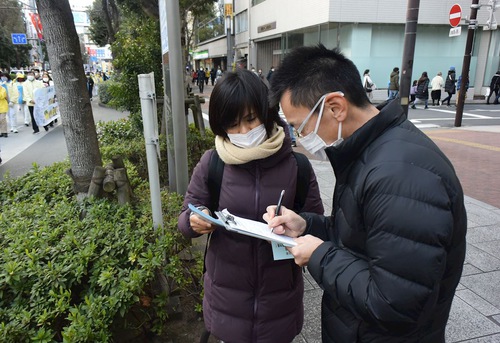 Mr. Suzuki happened to be sightseeing in Ikebukuro and saw the parade. He walked to the front to read the banners and see what the parade was about. When a practitioner told him about the CCP’s organ harvesting, Mr. Suzuki choked up and said, “I feel very sad. I wish to do something for you.” 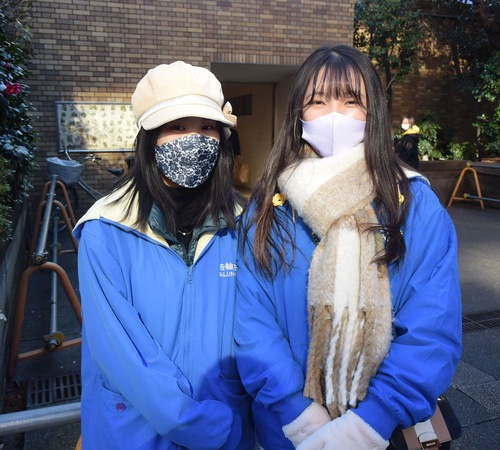 Ida (left) and Tianhui (right). Ida said, “I hope the persecution ends as soon as possible.” 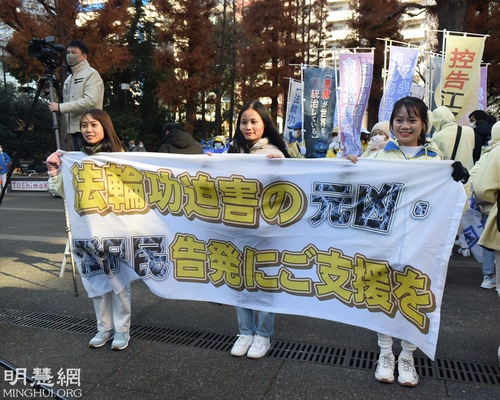 Vietnamese practitioner Ms. Truc (left) and the other two practitioners with the same name of Hue (center and right).

Ms. Truc, a Vietnamese practitioner, said, “It is very cold today, but I am happy to be able to participate in the parade. Falun Dafa is so good. I wish to tell everyone about Falun Dafa and how wonderful it is.” 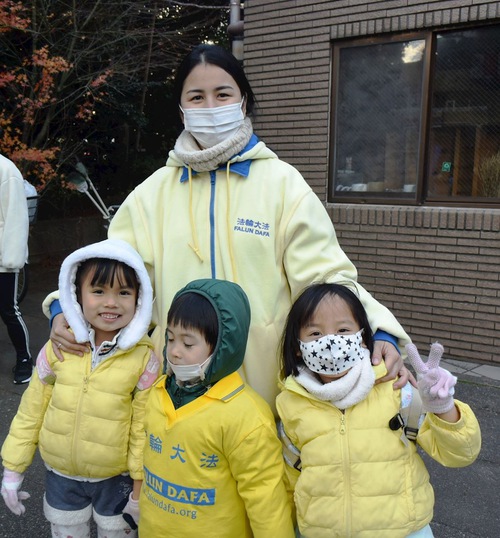 Ms. Nguyen Thao Vi, a Vietnamese practitioner, said, “This is the second parade I’ve participated in. I am very grateful to Master. Thank you Master.”

“Making the Right Choice and Taking the Fa as the Master”

“A Reminder to Overseas Practitioners Calling China to Clarify the Truth”