(Minghui.org) The third Falun Dafa Experience Sharing Conference was held in Schüpfheim, Switzerland, on December 5, 2021. Seventeen practitioners shared their cultivation experiences, describing how they began practicing Falun Dafa and how they followed the principles of Truthfulness, Compassion, and Forbearance in their daily lives. They talked about how they improved themselves when conflicts occurred and how they eliminated attachments. They also shared how they clarified the truth to people about the ongoing persecution of their fellow practitioners in China. 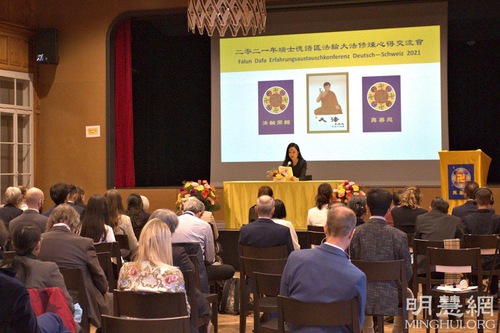 The third Falun Dafa Experience Sharing Conference was held in Schüpfheim on December 5, 2021.

The practitioners who attended the conference came from Switzerland, Germany, and Austria. One practitioner who is over 80 years old calls people in China every day to raise awareness about the persecution. The youngest attendee was just over 10 years old. Some have practiced for more than 20 years while others have just started. One person had stopped practicing for 15 years and then resumed practicing. 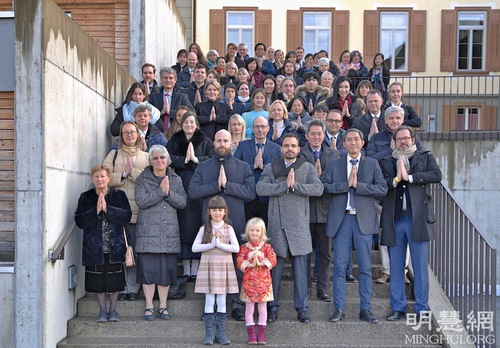 The practitioners who attended the experience sharing conference thank Master for offering them salvation.

Letting Go of Self and Spreading Compassion

Ursula, in her 70s, said that when she moved into a new apartment, she found that her neighbors observed what she did for others and asked her about it. She felt uncomfortable at first. Later, she realized that the awkward feeling came from her attachment to self. She let go of the attachment and took the initiative to get to know her neighbors and socialize with them. She eventually told them about Falun Dafa and how the Chinese regime persecutes practitioners in China. 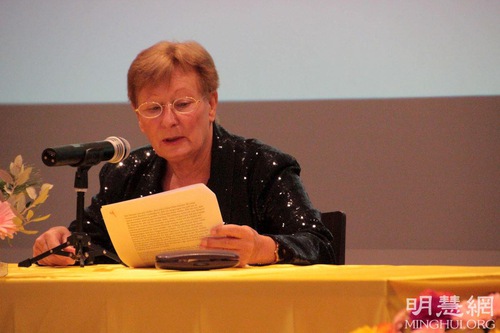 Ursula talks about how she let go of her attachment to self and spread the seeds of kindness.

After the neighbors got to know more about Ursula and Falun Dafa, they began to help others as she did. Some helped Ursula carry heavy boxes of Falun Dafa fliers upstairs or loaded her car with things needed for Falun Dafa activities. The Covid-19 pandemic generally kept people away from one another, but in Ursula’s building, residents in the 12 apartments actually became closer.

Ursula shared that one time she joined a gathering of over a thousand people but she had no idea how to talk to them about the persecution. Then she remembered that practitioners in China often asked for Master Li’s (Falun Dafa’s founder) help when faced with difficult situations. She did so, and felt wisdom streaming into her brain. She started by talking to people at the edges of the gathering. Many people she talked to signed the petition to demand that the Chinese regime immediately end the persecution.

Finally Stepping Onto the Cultivation Path 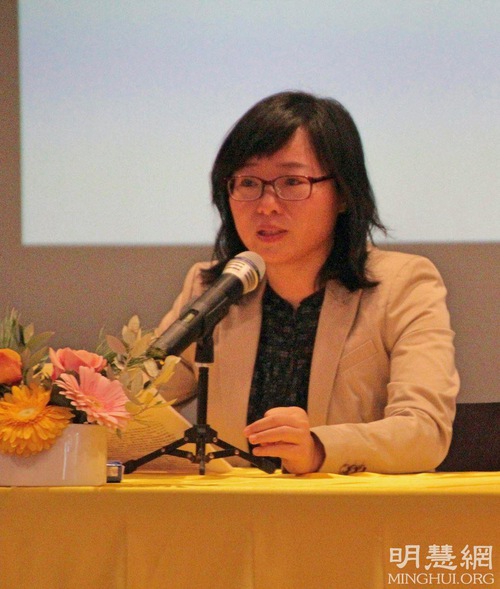 Yijun said she began to truly practice Falun Dafa 15 years after she first learned about it.

Yijun from Taiwan attended a Falun Dafa Nine-day Lecture workshop in 2005 and learned the exercises. At the time, she didn’t consider taking up the practice because what she’d learned in school did not agree with Falun Dafa’s principles. Two years ago she had some difficulty at work and started reading Zhuan Falun, the main book of Falun Dafa’s teachings. She learned that conflicts happen for a reason. So she followed the teachings in Zhuan Falun and reasoned with her coworkers with calmness and kindness. Meanwhile, she looked within to find out how she could improve.

New tests kept coming her way. One time Yijun’s supervisor scolded her. Feeling wronged, she remembered what Master said in “What is Forbearance (Ren)?” in Essentials for Further Advancement. She truly realized that, “The standard for cultivators is so high.” While Yijun had thought that she was practicing forbearance by not fighting back, accepting criticism, and embracing her fate, she actually wasn’t. She still held a grudge, felt wronged, and wept.

“Falun Dafa’s teachings helped me to calm down when I felt emotional, like an anchor steadying a boat in a storm,” Yijun said. She read the teachings every day and adjusted her mindset. She no longer criticized others and gradually could face her problems with an open mind instead of falling into negativity. She also started doing the exercises regularly and became a true practitioner.

Falun Dafa teaches practitioners to look within for shortcomings when conflicts occur. One practitioner shared her experience in this regard. Living in Zurich, the largest city in Switzerland, she thought that her surroundings were especially noisy. She planned to look for a quiet place by the seashore to do the exercises. However, contrary to what she expected, the environment became noisier, with loud music from nearby hotels and children playing. At that moment she noticed her husband, who wasn’t a practitioner, reading quietly, not at all bothered by the noise. She realized that she was looking for external interference instead of looking within like a practitioner should. She then understood the reason why her environment had become so noisy. 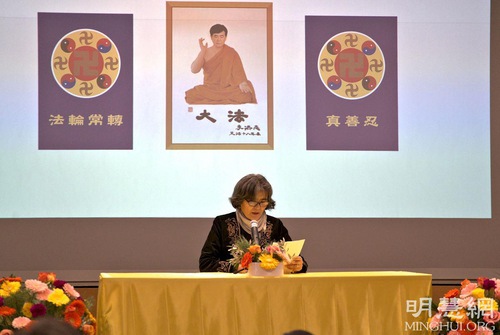 A practitioner speaks at the conference.

This practitioner shared, “This was Master’s arrangement for me to look within and eliminate my attachments so that I could improve. I must take this great opportunity to eradicate the attachment that prevented me from calming down.” She wore earphones when she did the exercises, and the environment no longer bothered her. Later, she realized that she had an attachment to fighting and wanting to take control. As a result, she came across another practitioner with similar attachments and they argued. Instead of eliminating her attachments, she avoided the practitioner.

From these experiences, she no longer felt that Zurich was noisy—she gained tranquility after eliminating attachments. 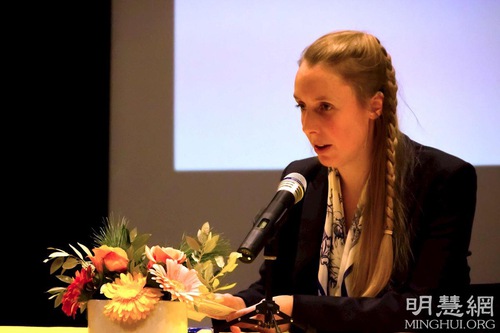 Anja, who once believed the CCP’s lies, changed her mind about Falun Dafa.

When the Chinese communist regime launched the persecution in 1999, Anja was 12 years old. She heard a classmate’s parents defame Falun Dafa and believed them. Around the same time, she went from being quiet and obedient to rebellious. She became involved in heavy drinking, smoking, and often skipped school. Eventually Anja became depressed.

Her family moved to Switzerland but it didn’t help her situation. When she turned 19, she heard about Falun Dafa from a Kung Fu teacher who also told her about the persecution. She realized, “Falun Dafa is good!” She read Zhuan Falun and said, “I had a feeling like I had finally come home. I understood why things that used to cause me tremendous pain happened.”

Anja quit drinking after she started practicing Falun Dafa and became a coach. She tells all her clients, including those from China, that she practices Falun Dafa and she talks to them about the severe persecution faced by practitioners in China.

“Put Ourselves in Dafa”

“Graphic Designer: Eliminating Ego and Realizing that Everything We Do to Save People Is Important”