(Minghui.org) The annual Perth Royal Show was held from September 25 to October 2, 2021, at the Claremont showgrounds, and Falun Dafa practitioners in Western Australia were invited to participate. Their peaceful exercise demonstrations, traditional Chinese cultural performances, and introduction of the principles of the teaching—Truthfulness, Compassion, and Forbearance—were praised by many who attended. 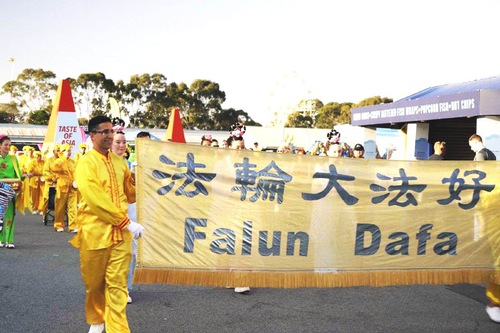 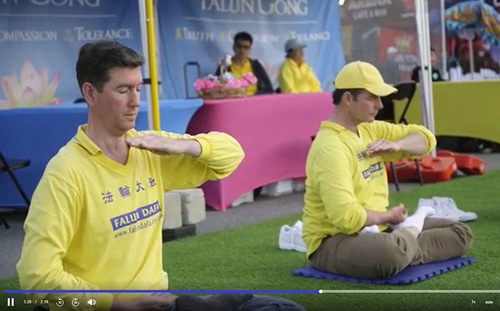 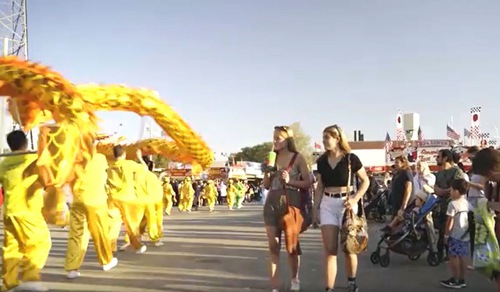 Practitioners at the 2021 annual Perth Royal Show performed a dragon dance, played the Chinese waist drums, and demonstrated the exercises.

People Drawn to the Information Booth

The Perth Royal Show, Western Australia’s largest agricultural event, is a very popular event. It is usually held during the spring school holidays and usually attracts an estimated 40-50,000 people. All tickets for the first day this year were sold out, and over 60,000 people attended.

Two dragons and a large, pink lotus flower adorned either side of the Falun Dafa information booth. During the eight-day event, countless people stopped to watch as practitioners demonstrated the gentle exercise movements, and many asked for information for local practice sites, intending to give the mind-body practice a try. Some even learned the exercises on the spot. A woman from Sorrento, a suburb in Northern Perth, said several residents in her area would love to learn the exercises and invited practitioners to start a class there.

In the evenings, practitioners put on traditional Chinese performances, including the waist drums and the dragon dance, with others dressed as celestial maidens.

According to practitioner Michele Webster, many people said they loved the performances and commented on the positive energy they sensed. They thanked practitioners for their participation in this year’s show. 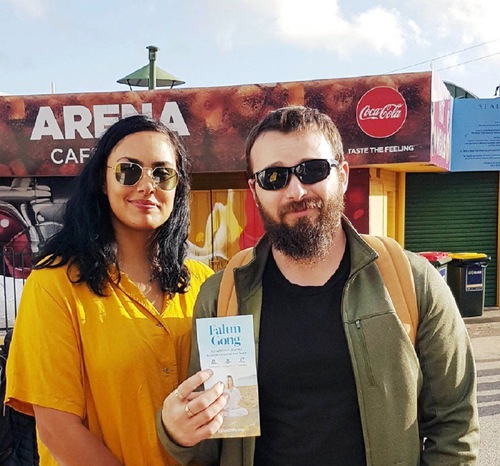 Mr. Billy Croston and his friend

Billy Croston, who is a sea transportation manager, and his friend noticed the Falun Dafa information booth and asked about the mind-body practice. He said, “I’ve been aware of the persecution in China for quite some time.” He and his friend found it hard to believe and seemed angry after learning how brutal the persecution was, including removing organs from detained practitioners without their consent. 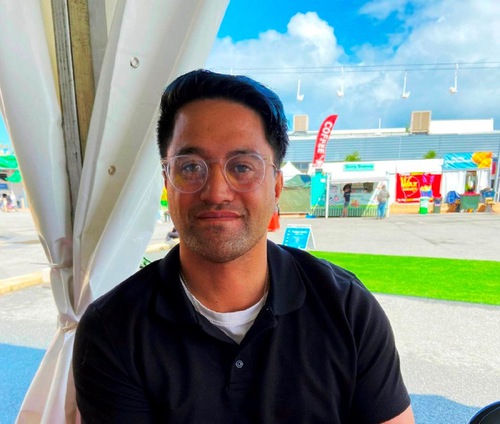 Andrew Morgan had a food stall at the show. He chatted with practitioners in the morning when it wasn’t busy and said, “I often see Falun Dafa on social media platforms and other events. I think the things you do, such as your waist drum dance, exercise demonstrations, and so on, bring great energy. It drew me over.”

A seven-year-old girl named Melody said, “Today, I learned that the lotus flower emerges from muddy waters yet it stays beautiful. I think Truthfulness, Compassion, Tolerance are wonderful values. Following these principles will bring good luck and make the world better.”

There is concrete evidence that the CCP sanctions the harvesting of organs from detained practitioners, who are killed to supply the organ transplant industry.

“Clarifying the Truth at a Class Reunion”