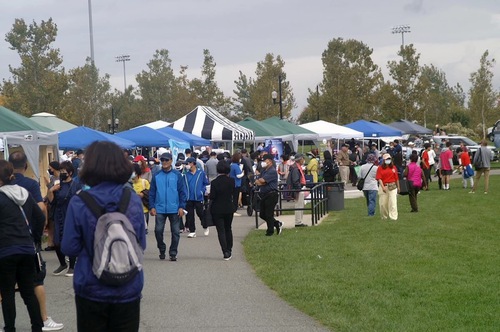 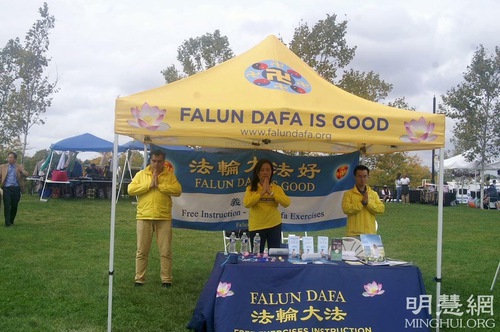 Practitioners set up a booth at the festival and demonstrated the Falun Dafa exercises.

Boasting scenic views, New Overpeck Park is Bergen County’s largest recreational venue and covers 805 acres. The festival’s many food vendors, cultural events, and music performances attracted people from various ethnic backgrounds. The practitioners’ colorful booth and melodious music as they demonstrated the exercises brought many people and members of the local government who wanted to learn the practice.

Candidates running for local offices attended the festival. Practitioners clarified to truth to them and they commended Falun Dafa’s principles of Truthfulness-Compassion-Forbearance. In addition, they supported practitioners in ending the ongoing persecution of practitioners in China and stated that the international community should take action to stop the CCP from persecuting practitioners. 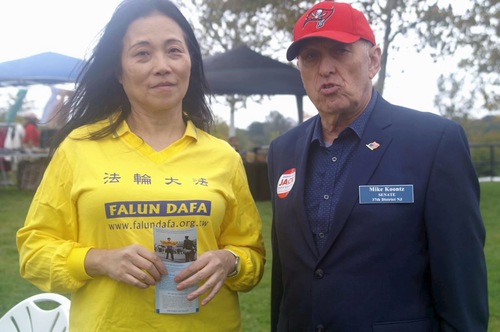 Mike Koontz is running for the New Jersey State Senate. After talking with practitioners about Falun Dafa, he commended the principles of Truthfulness-Compassion-Forbearance. He said these universal values are important for mankind, and people should live by them in their daily lives.

Mr. Koontz stated that the CCP is atheist and its form of totalitarianism suppresses people’s freedom. By practicing Falun Dafa, one can obtain true freedom and this form of cultivation is a form of divine cultivation which the CCP is most afraid of.

He said that he was interested in learning Falun Dafa. 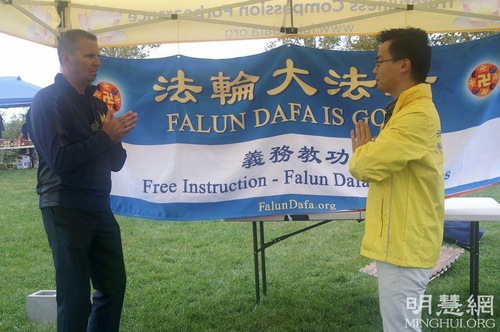 Police chief Robert Kugler is running for Bergen County sheriff. He said he knew about Falun Dafa and that the practice benefits one’s health.

International Community Should Take Action to Stop the CCP 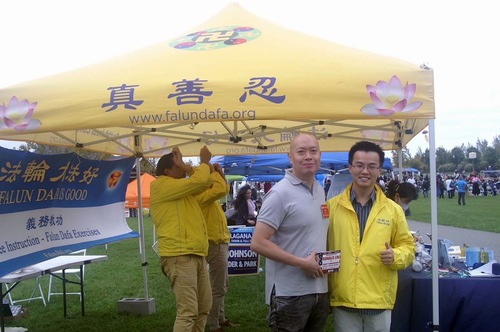 Ronald Lin is a university professor and taught American and international law at many universities in China. He is now running for the Bergen County commissioner. He is aware of CCP’s crimes in persecuting Falun Dafa and said, “The United Staes is the land of the free. The CCP is a one-party dictatorship and it does not allow people freedom of belief. Therefore, it does not allow people to believe in Falun Dafa.

Mr. Lin stated that a persecution against any group of people shouldn’t exist, let alone persecuting Falun Dafa practitioners. The international community should do something to stop the CCP. 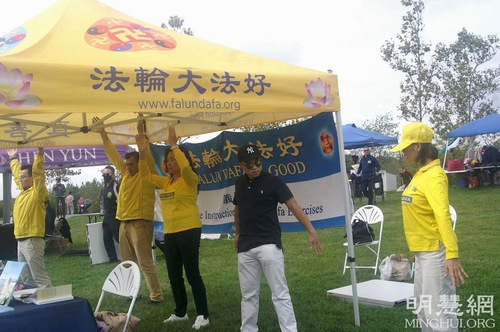 Lucas Hahn is an online retailer and many of his customers are from South America or Central America. He said he felt good and relaxed after he did the exercises with practitioners. He said that this was what he needs and Falun Dafa is what he has been looking for: a way to upgrade his spiritual and physical health.

Society Will Become Better if Everyone Follows Truthfulness-Compassion-Forbearance 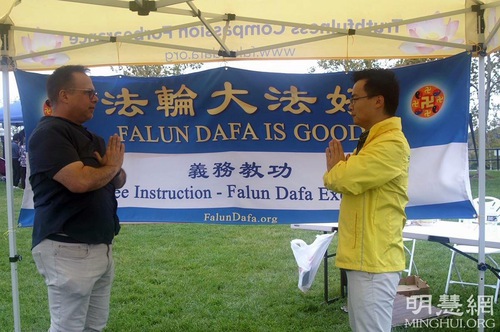 Scott Erikson is an optometrist and began learning the exercises at the event. He felt that it was important for one to attain something on a spiritual level. He is interested in his spiritual growth such as doing meditation. He met Falun Dafa practitioners two years ago and felt that the principles of Falun Dafa are important to everyone. He said that society will become better if everyone follows the principles of Truthfulness-Compassion-Forbearance.

“Deal with Problems from the Perspective of a Cultivator”