(Minghui.org) Practitioners in northern California took part in the annual San Francisco Italian Heritage Festival & Parade on October 10 and introduced the practice to the public. Both the hosts and spectators were impressed by their performance, and praised the values that Falun Dafa represents. 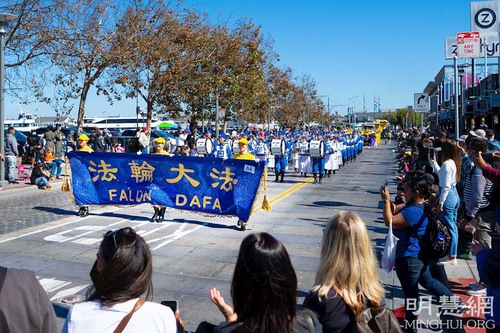 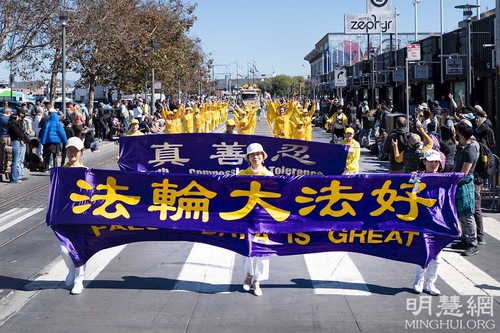 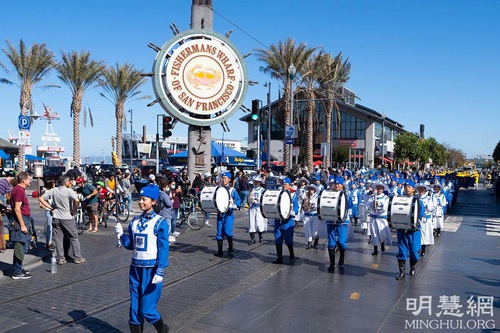 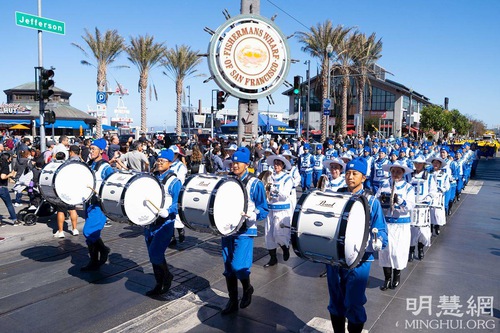 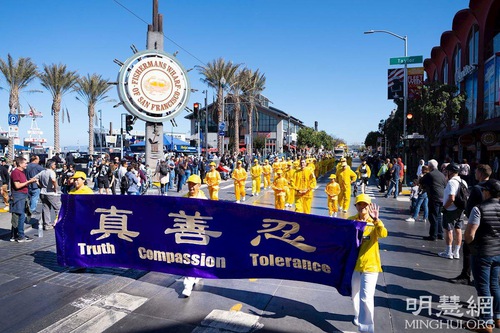 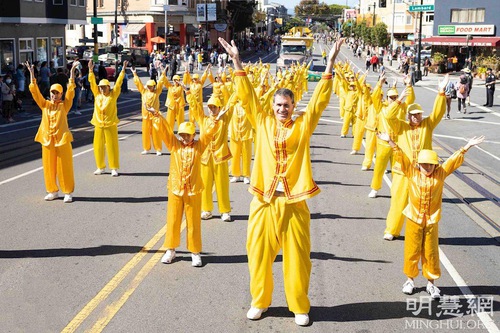 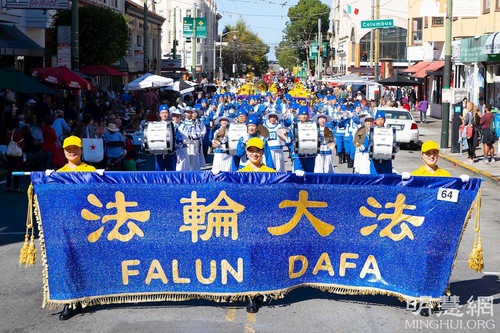 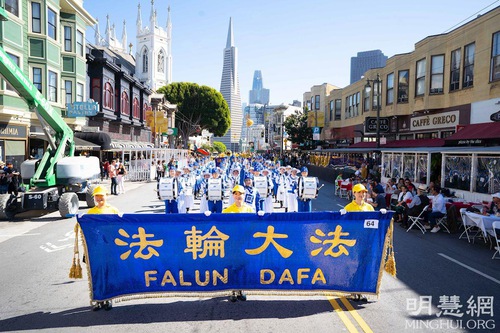 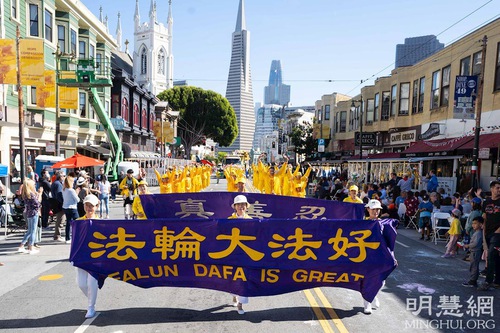 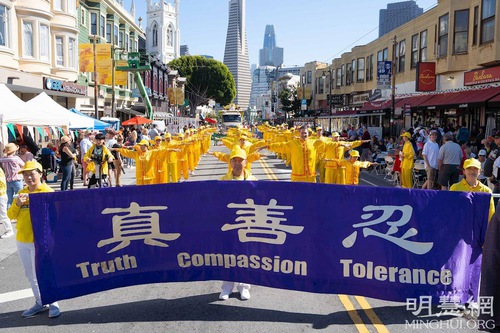 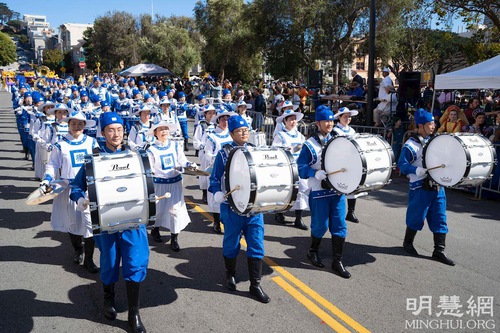 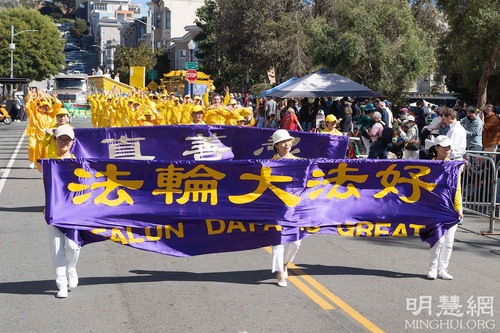 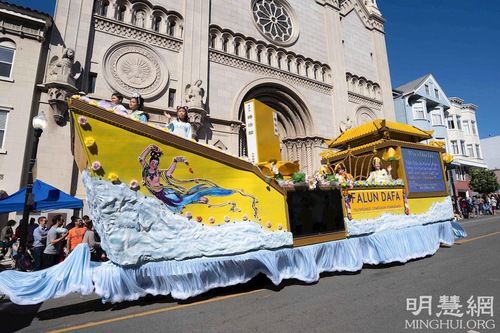 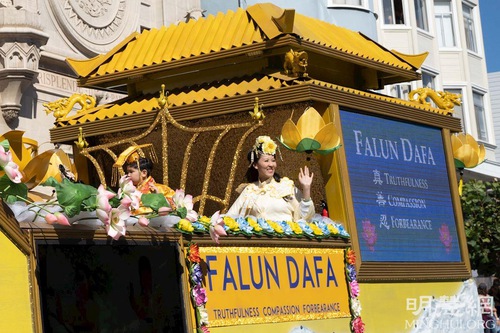 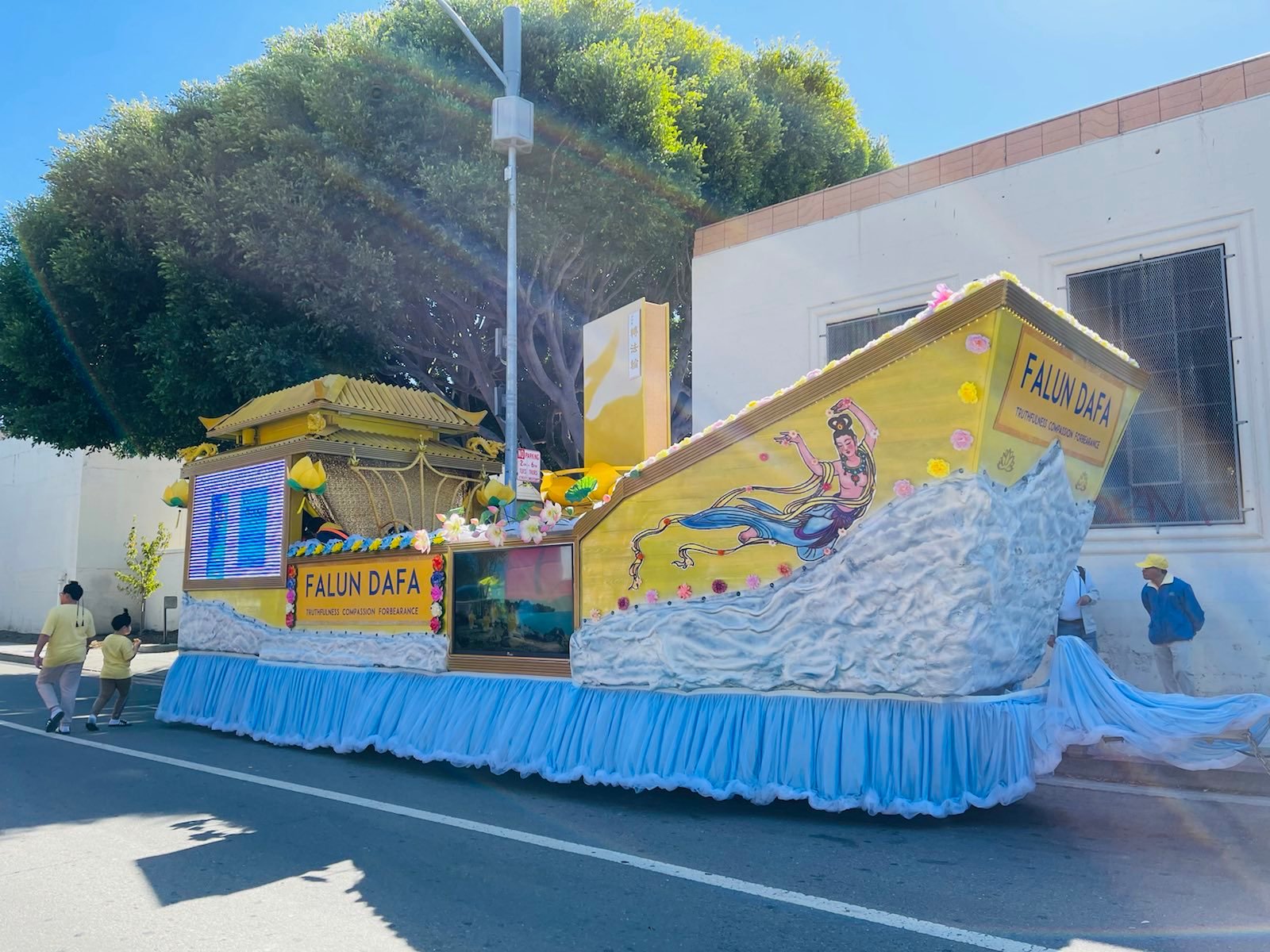 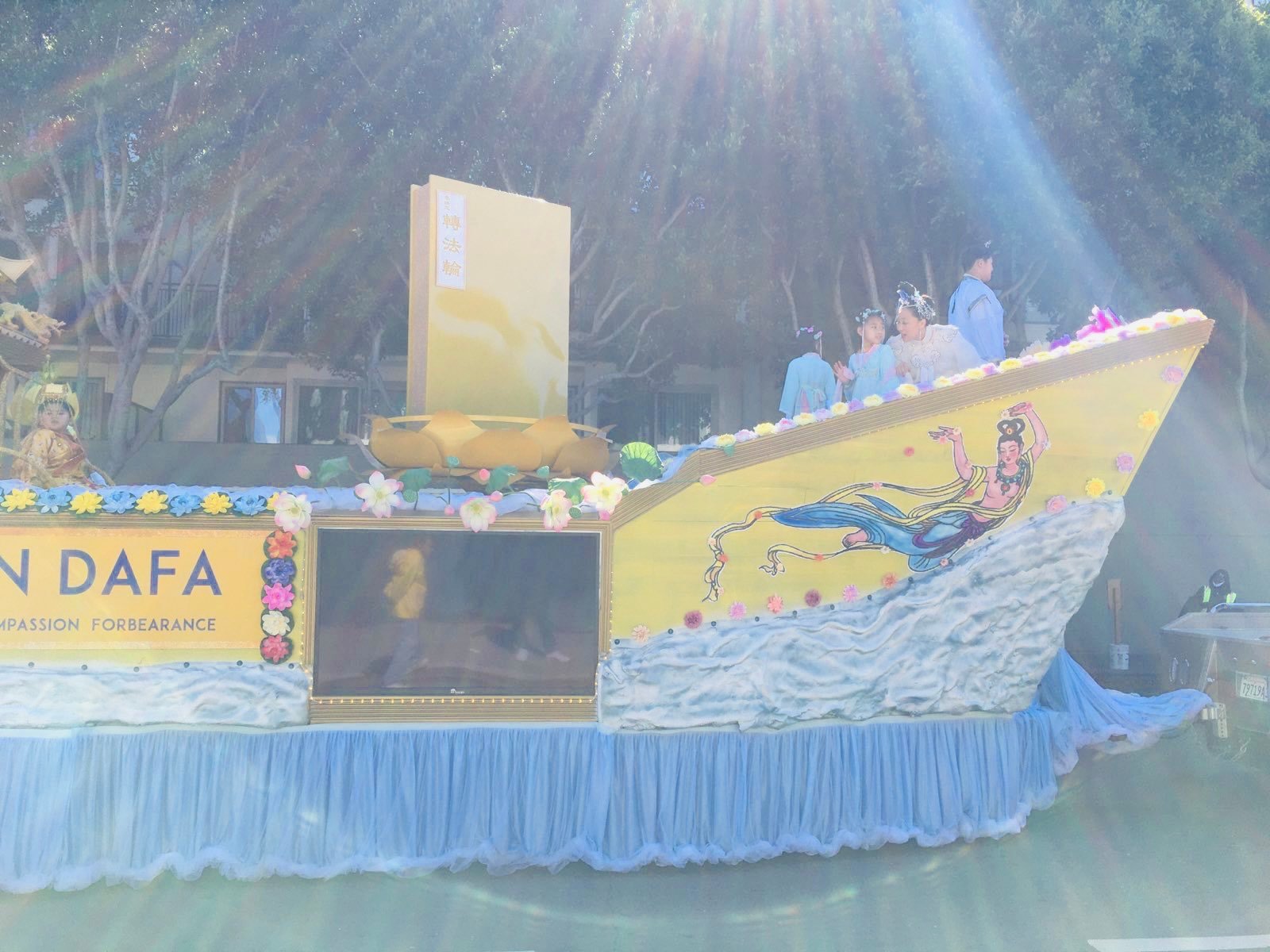 This tradition started in 1869 to celebrate contributions made by Italian people to the community. It was not held in 2020 due to the pandemic.

The parade began at noon at Fisherman's Wharf, one of San Francisco’s most popular tourist attractions. After going through Columbus Avenue and major streets between Chinatown and the Italian district (known as “Little Italy”), it ended at Washington Square.

Practitioners’ entry consisted of the Tian Guo Marching Band, exercise demonstration, and a newly designed float. They met with warm applause from spectators, and many people called out greetings, took photos or made video recordings. Some people followed practitioners’ movements as they did the exercises while others danced in time to the band’s music. 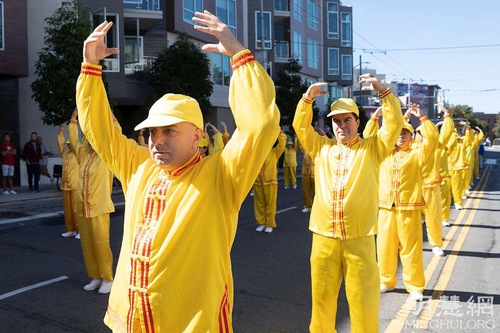 Jason Blair is one of the practitioners who demonstrated the exercises. After practicing for years he said Falun Dafa helped him become a better person and improved his health. Due to leg problems, he used to be very weak and unable to run.

“Falun Dafa brought me many positive changes,” he explained. “The principles of Truthfulness-Compassion-Forbearance helped me to become a better person – in fact, I feel like I’m improving every day.” 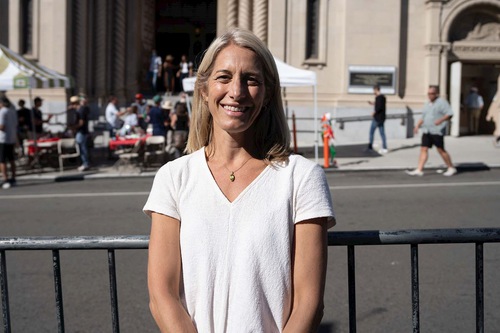 Host Tracy Meekman thanks Falun Dafa practitioners for participating in the event.

As practitioners passed the stage, host Tracy Meekman introduced Falun Dafa and said that it is a meditation system that improves both mind and body. It consists of the exercises and the principles of Truthfulness-Compassion-Forbearance.

After the parade, she thanked practitioners for participating. She said their costumes were beautiful and praised the group for informing people about what is going on in China. She said the Tian Guo Marching Band’s music was inspiring.

Another host, Joe Leveroni, said the float was amazing. He praised practitioners and wished them well.

Values We All Cherish

One man said he often saw practitioners participating in other events and he really liked Falun Dafa. 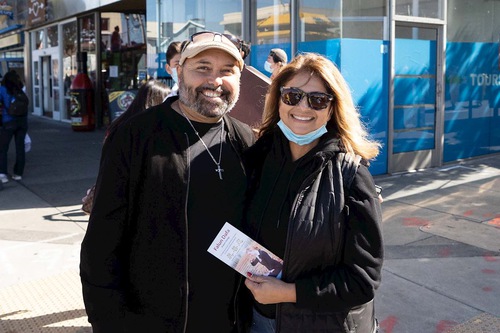 As soon as they saw practitioners’ entry Koncha and her husband Octabio Herez kept applauding and greeting them. Pointing to the banners with the words, “Truthfulness, Compassion, Forbearance,” Koncha said, “We need these values.” She and Octabio thanked practitioners for their participation. 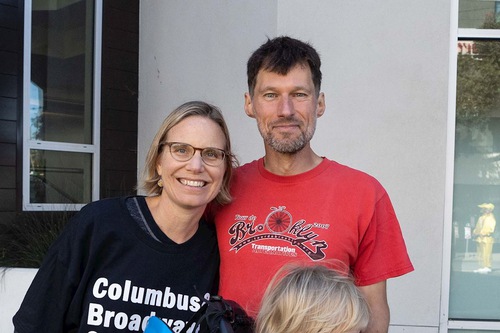 Another San Francisco resident Malinda Sullivan said she was drawn to the music of the Tian Guo Marching Band. She felt sad for the ongoing persecution in China and hopes practitioners can regain their freedom of belief in China.

A spectator named Ray said Falun Dafa is great and its principles are excellent. He could not understand why the CCP (Chinese Communist Party) would suppress a peaceful group like this. “I think more people should pay attention to this so that the persecution will stop,” he said.