(Minghui.org) Prior to Shen Yun’s performances in Missouri and Kentucky on October 9–10, 2021, local officials issued remarks to welcome the performing arts company to their cities and states.

Letters and Proclamations from Officials in Missouri

Prior to Shen Yun’s three performances in Kansas City, Missouri, on October 9–10, elected officials including the governor, Members of Congress, U.S. Senator, and mayors issued remarks to the local presenter, welcoming the dance and music company to their state. 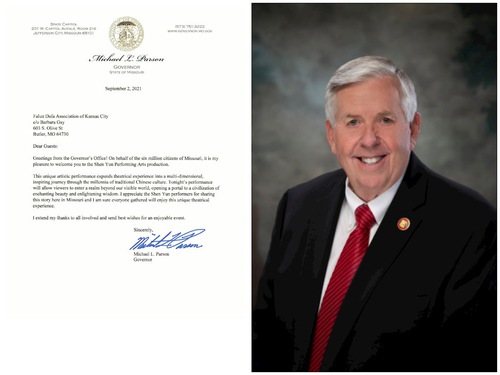 “This unique artistic performance expands theatrical experience into a multi-dimensional, inspiring journey through the millennia of traditional Chinese culture. Tonight’s performance will allow viewers to enter a realm beyond our visible world, opening a portal to a civilization of enchanting beauty and enlightening wisdom,” Governor Parson wrote. 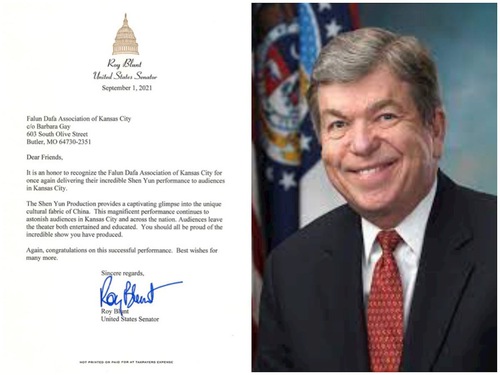 In his letter Senator Blunt stated, “The Shen Yun Production provides a captivating glimpse into the unique cultural fabric of China. This magnificent performance continues to astonish audiences in Kansas City and across the nation. Audiences leave the theater both entertained and educated. You should all be proud of the incredible show you have produced.” 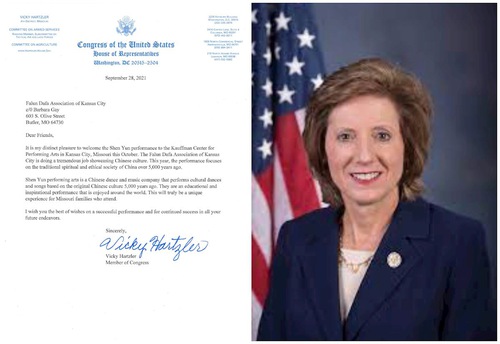 Congresswoman Vicky Hartzler wrote, “I wish you the best of wishes on a successful performance and for continued success in all your future endeavors.” 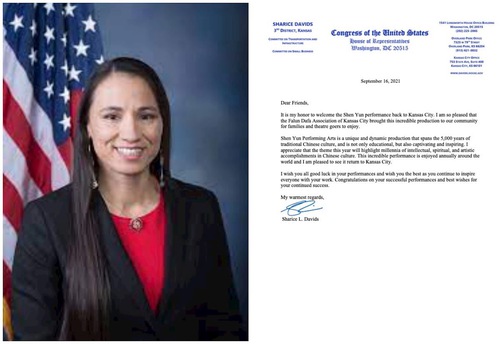 in her letter, Congresswoman Sharice Davids stated, “It is my honor to welcome the Shen Yun performance back to Kansas City. I am so pleased that the Falun Dafa Association of Kansas City brought this incredible production to our community for families and theatre goers to enjoy.” 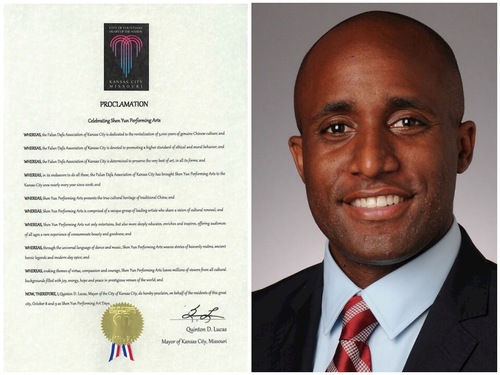 The proclamation stated, “Now, Therefore, I, Quinton D. Lucas, Mayor of the City of Kansas City, do hereby proclaim, on behalf of the residents of this great city, October 8 and 9 as Shen Yun Performing Arts Days.” 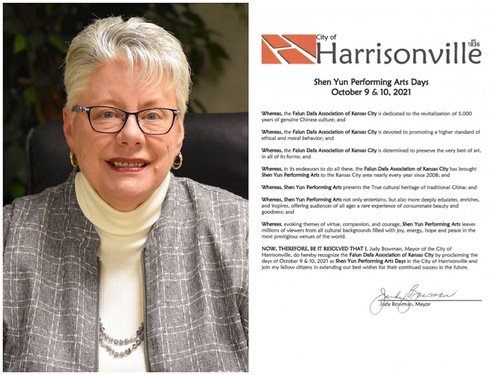 Proclamation from Judy Bowman, Mayor of the City of Harrisonville.

The proclamation stated, “Whereas, evoking themes of virtue, compassion, and courage, Shen Yun Performing Arts leaves millions of viewers from all cultural backgrounds filled with joy, energy, hope and peace in the most prestigious venues of the world.” The proclamation went on to proclaim October 9 and 10 of 2021 as “Shen Yun Performing Arts Days” in the City of Harrisonville. 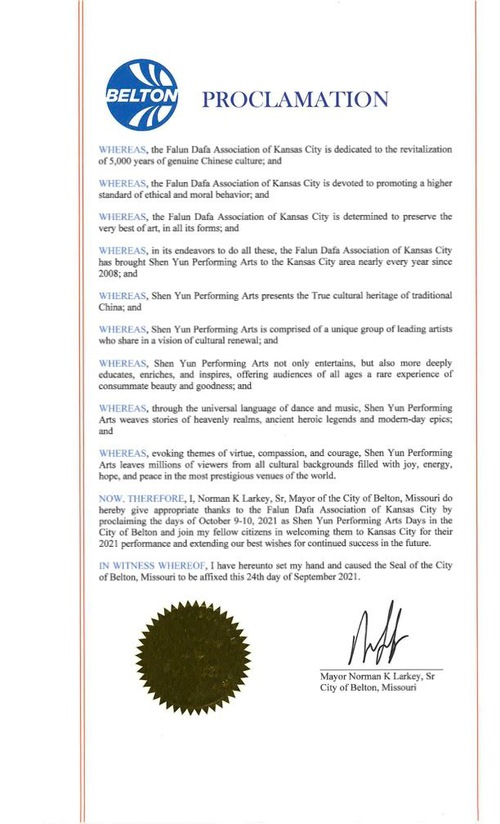 Proclamation from Norman K. Larkey, Sr., Mayor of the City of Belton.

In his proclamation Mayor Larkey stated, “Whereas, Shen Yun Performing Arts not only entertains, but also more deeply educates, enriches, and inspires, offering audiences of all ages a rare experience of consummate beauty and goodness.” 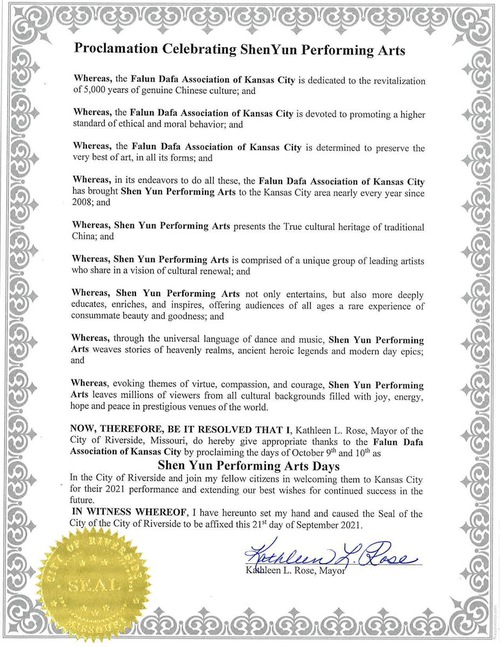 Proclamation from Kathleen L. Rose, Mayor of the City of Riverside. 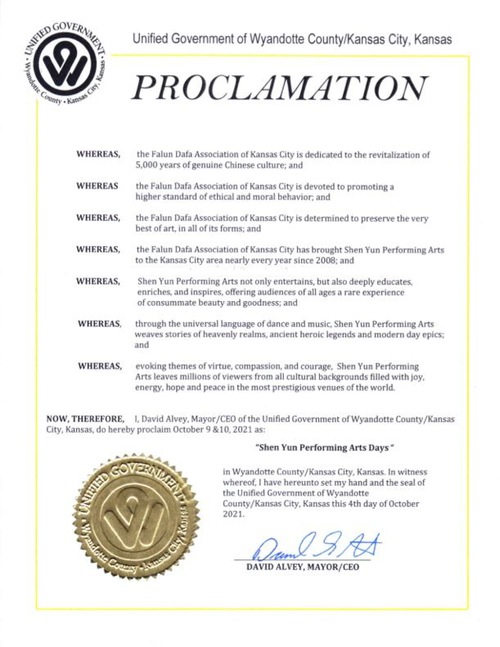 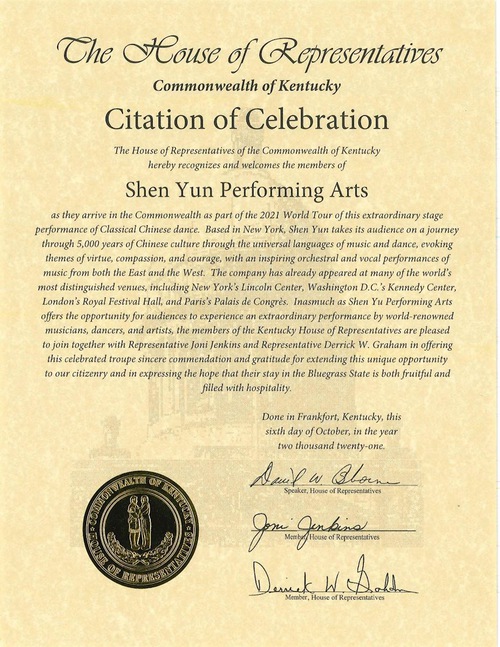 Citation of Celebration from the House of Representatives of the Commonwealth of Kentucky.

The citation read, “Inasmuch as Shen Yun Performing Arts offers the opportunity for audiences to experience an extraordinary performance by world-renowned musicians, dancers, and artists, the members of the Kentucky House of Representatives are pleased to join together with Representative Joni Jenkins and Representative Derrick W. Graham in offering this celebrated troupe sincere commendation and gratitude for extending this unique opportunity to our citizenry and in expressing the hope that their stay in the Bluegrass State is both fruitful and filled with hospitality.” 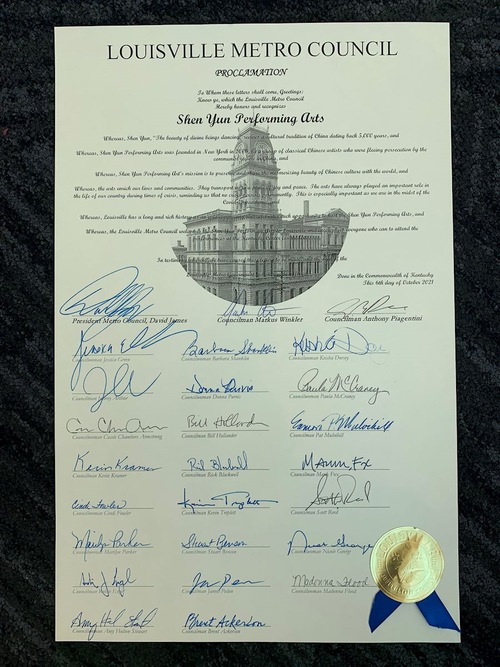 Proclamation from the Louisville Metro Council.

The proclamation stated, “Whereas, the Louisville Metro Council welcomes the Shen Yun Performing Arts to Louisville and encourages everyone who can to attend the performances at the Kentucky Center for the Arts.” 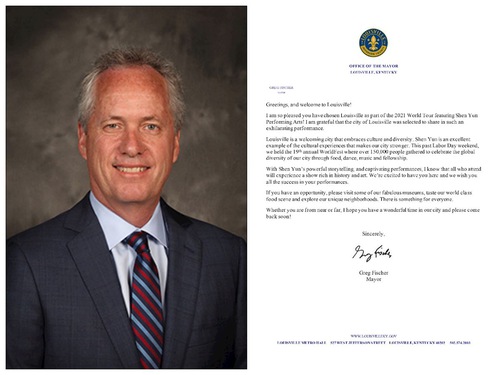 Greg Fischer, mayor of Louisville wrote, “With Shen Yun’s powerful storytelling, and captivating performances, I know that all who attend will experience a show rich in history and art. We’re excited to have you here and we wish you all the success in your performances.” 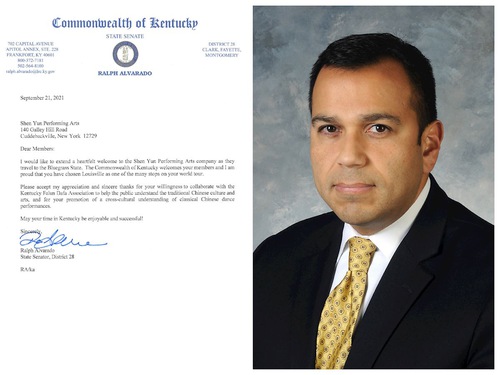 In his letter, State Senator Ralph Alvarado stated, “The Commonwealth of Kentucky welcomes your members and I am proud that you have chosen Louisville as one of the many stops on your world tour.” 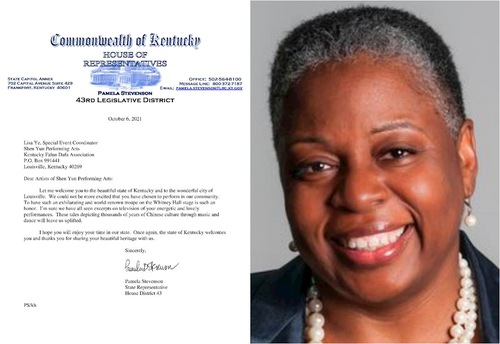 In her letter, State Representative Pamela Stevenson stated, “We could not be more excited that you have chosen to perform in our community. To have such an exhilarating and world-renown troupe on the Whitney Hall stage is such an honor.”