Henan Man Given Second Prison Term for His Faith

(Minghui.org) Mr. Li Jie was arrested on May 29, 2020, with three other Falun Gong practitioners for distributing informational materials about their faith, a spiritual and meditation discipline that has been persecuted by the Chinese communist regime since 1999.

It was confirmed by Minghui.org that Mr. Li, in his 50s, was recently sentenced to five years. The situation of the other three practitioners remain unclear at the time of writing.

This is the second time that Mr. Li, a former elementary school teacher, has been sentenced to prison for his faith.

Mr. Li was previously arrested on October 19, 2011, for distributing Falun Gong informational materials. It was reported that the police had been monitoring him for two months before arresting him.

During the interrogation of Mr. Li, the police demanded to know the names of practitioners who had contact with him. When he refused to answer the questions, the police beat him so hard that he vomited blood and suffered a concussion. His weight quickly dropped due to the torture.

Meanwhile, the police also harassed his family members, neighbors and friends in attempts to get information from them. They once said to Mr. Li’s family that their beating of him was considered light and that if Mr. Li insisted on not providing other practitioners’ names, they would take him to a labor camp and beat him to death.

Several months later, Mr. Li was sentenced to three years to the Zhengzhou Prison. There, he was beaten until he lost consciousness, shocked with electric batons, and had his hands and feet chained together. 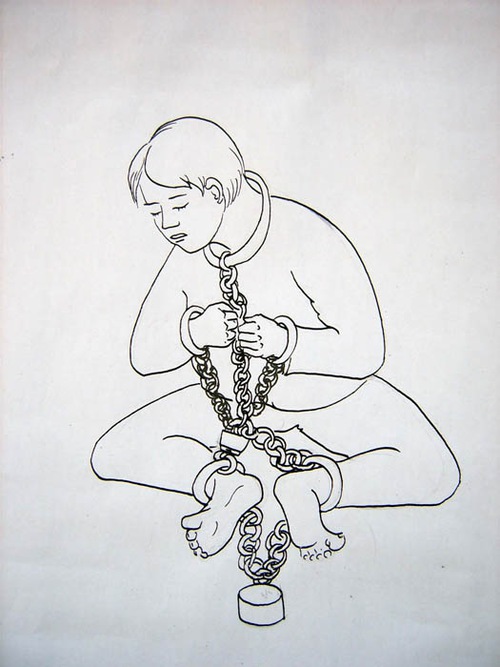 After he was released, the police continued to harass him. He was forced to live away from home to avoid further persecution.

“Japan: Practitioners Collect Signatures on New Year’s Day to Call for an End to Persecution in China”

“25-Year-Old Sentenced to 5.5 Years for Telling Others How Falun Gong Cured His Depression”