(Minghui.org) Falun Dafa practitioners in Dallas, Texas, gathered to do the exercises together at Russell Creek Garden in Plano and J.W. Dunlop Sports Center in Arlington on the morning of December 27, 2020. They wished Master Li a Happy New Year.

As the warm rays of the winter sun shone on the winter ground in Russell Creek Garden, practitioners in yellow and white attire spaced themselves out evenly to do the exercises, as the melodious exercise music echoed through the air, bringing a tinge of warmth to the cold winter garden. 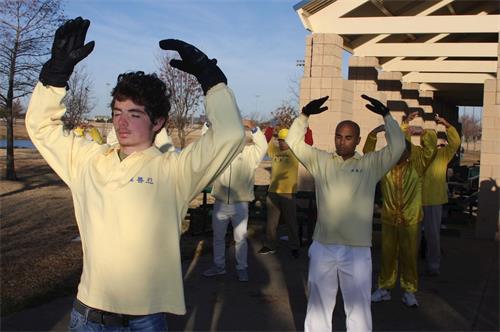 Practitioners do the second exercise in Russell Creek Garden. 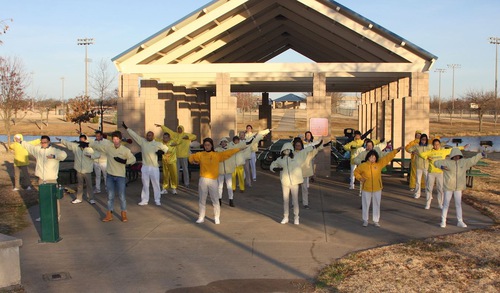 The participants were of all ages, from over 80 to as young as 10. Some have cultivated Falun Dafa for more than 20 years, and some just started this year. They have all benefited from the practice. By disciplining themselves to abide by the principles of Truthfulness-Compassion-Forbearance, their lives have improved and their levels have elevated.

Cooper, a 20-year-old university student, started practicing Falun Dafa when he was 17. Cooper was in high school at the time and dealing with typical adolescent problems. Conflicts with his parents made him feel lonely and that he was being forsaken. At the same time, he developed a sudden interest in ancient Chinese culture and meditation. When he came across Falun Dafa practitioners doing the exercises in a park near his home, he started to practice Falun Dafa.

Now, having cultivated for three years, Cooper has found that cultivating Dafa has helped him get rid of some of his attachments and shortcomings. He used to be arrogant and condescending. His problems went away after he read Zhuan Falun and understood the reasons behind the problems he faced. He also understood that he could not seek personal benefits from his cultivation. Instead, he should cherish the time and opportunities to do well with his responsibilities as a Dafa practitioner during this period of Fa-rectification.

When he went to another city to go to university, there were no practitioners nearby. However, not only did he keep up with his own cultivation, he also did the exercises on campus and promoted Dafa and the truth about Falun Dafa to the people around him. 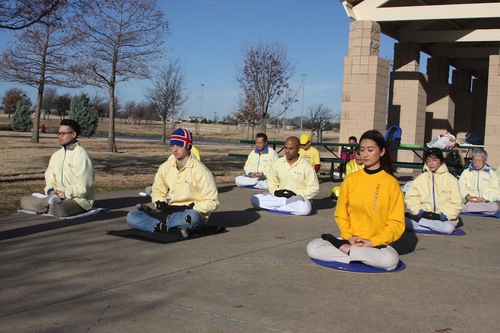 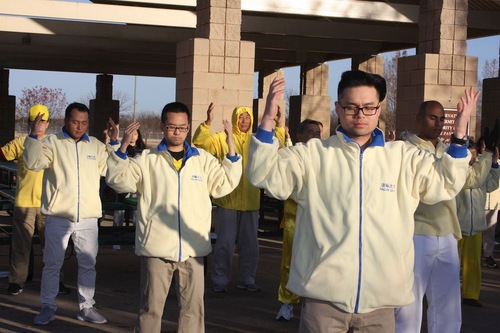 2020 was not a quiet year. The outbreak of the CCP virus brought great changes to the world and also made people reflect on their lives and wake up from their dreams. Katie was one of them. She started to practice Falun Dafa in March 2020.

Katie said, “I have known about Falun Dafa for some time, as my mom, sister, and roommate have been practicing the exercises. They were always encouraging me to cultivate, too, but I just could not get it into my head. Every day after I finished work and went home, I would either go online to surf the internet or check my Facebook account. At the start of the pandemic, I felt very scared and started to a feel lot of pressure. My mom patiently told me some everyday things about Falun Dafa. After I started reading the book and practicing the exercises, I realized that this was what I have been wanting all my life! One day, I cried I was so sad—I regretted not listening to my family earlier and wasting so much time.

“Now I think that, since I have no power to change the past, instead of dwelling in painful regret, I should do well in the future and have put my whole body and mind into my cultivation in Dafa,” Katie said. “Since I started cultivating in Falun Dafa, my life totally changed. As my study of the Fa deepened, I understood more principles that I could not learn anywhere else. I became more patient and sincere, and I learned to understand and care for others, too. I became more active and optimistic and courageous. In all, learning Dafa has made me become a better person.”

Katie said, “Master, thank you very much! Thank you, Master, for saving me! I know that there are many things that I will need to improve on and I will try my best to do the three things that Master tells us to do. I will try hard every day to become a better me.”

Ms. Liang, who works in early childhood education, participated in the group exercises with her two sons, John and Jimmy. They wished Master a Happy New Year.

“I started cultivating Falun Dafa in 1996,” Ms. Liang said. “When I teach, I incorporate the principles of Truthfulness, Compassion, and Forbearance.”

Ms. Liang has touched many people's lives through her early childhood work, while she holds herself to Dafa's principles. One parent told the principal and teachers that Ms. Liang did not give up on her child, even though he had autism. She said Ms. Liang gave her child acknowledgment that he was important and gave him affirmation, and many years later, this child, who used to be autistic, is now a graduate of a well-known Christian school in Dallas.

Ms. Liang's two sons, John and Jimmy, are young Dafa practitioners. They are able to follow the standards of a practitioner in their daily lives and they understand the true purpose of life. They do not smoke, drink, or touch drugs and have not taken up any bad habits. They are not contaminated by the bad things in society. They have practiced Dafa for many years, and both of them are now accomplished in their respective fields of study.

“Someone asked me how I educated them,” Ms. Liang said. “I told them that we educated them based on the Fa principles of Truthfulness, Compassion, and Forbearance, which we learned from Master Li. Master's benevolence is everywhere, quietly enhancing every detail. We thank Master!” 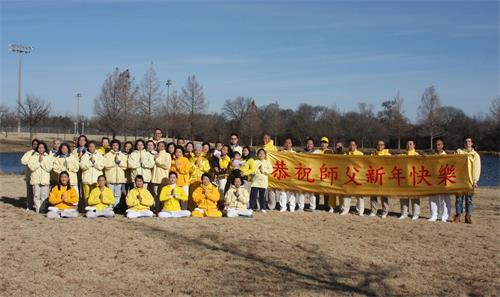 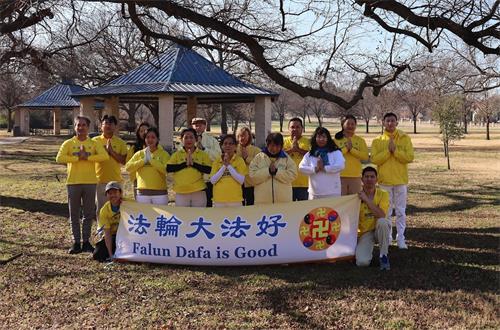 “Guangdong Man Sentenced to Prison for His Faith”

“A Practitioner from Bavaria, Germany, Thanks Master Li: “Dafa Gave Me Hope!””