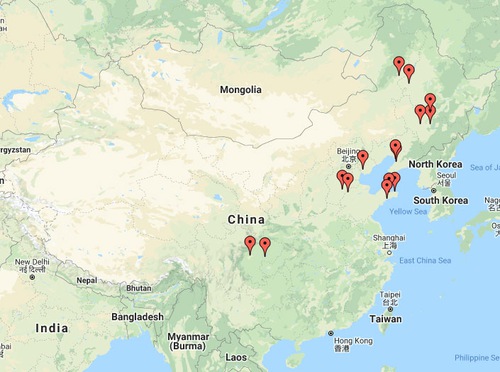 When Ms. Li Chunhuan went to the Changyi Court on the morning of December 28, 2020, she learned that she had been sentenced to five years in prison. She was taken directly into custody. It was reported that she was also forced to pay a 2,000-yuan medical exam fee.

Ms. Wen Yufei from the Ang’angxi District was arrested in August 2020. She was tried at the Jianhua District Court on December 11. She was sentenced to two years in prison at the end of December. She has appealed the sentencing.

Mr. Zhang Jun was arrested by officers from the Xicheng Police Station on November 30, 2019. He has been held in the Huafeng Detention Center for over a year.

On September 7, 2020, the Shunqing District Court convicted him on the grounds of “undermining the implementation of the law,” sentenced him to two and a half years in prison, and exacted a fine of 5,000 yuan. His family appealed to the Nanchong City Intermediate Court, which upheld the original verdict in the second trial on November 14 without notifying his family, which still has not received the verdict. They have no idea where Mr. Zhang is being held.

Staff members from the Yukang Residential Community and two officers from the Lubei Police Station knocked on Ms. Liu Shujun’s door on the afternoon of January 6, 2021. They pressured her to sign statements renouncing Falun Gong. When she refused, they acted rudely.

Ms. Qu Fengrong was sentenced to one year and nine months in prison.

According to witnesses, police officers arrived at Ms. Sun Jing’s factory with guns to arrest her at 8 a.m. on January 6, 2021. Her home was ransacked.

The officers rushed into the workshop with guns in their hands and ordered the employees to take out their phones, place them on the chopping boards, and squat down with their hands behind their heads. Over 30 workers in the factory were frightened.

Yangmulin Village accountant and officers Wang Guoxing and Li Xiujun jumped over the wall of Ms. Wang Zhonghua’s courtyard and forced their way into her home after 7 p.m. on December 28.

Ms. Wang was not at home, so they pressured her husband to sign paperwork renouncing Falun Gong. They took pictures of the Dafa paintings on the wall, which they said would be forwarded to the police station.

Mr. Zhang Junfeng, Mr. Zhang Jiguo, and Mr. Wang were arrested by Domestic Security officers on the afternoon of January 9, 2021. The officers ransacked their homes and confiscated computers, cell phones, and anything to do with Falun Gong.

Ms. Wang Xieqiong was arrested by Nanfeng Township Police Station officers on the morning of November 18, 2020. Her home was ransacked and Falun Dafa books were confiscated. She was released after being taken to the police station.

Office Gao Dacheng of the No. 9 Farm 610 Office, Party secretary Liu Haisheng of Yanhai Village, and two police officers in the Caofeidian District went to Ms. Ma Shulian’s home in the No. 5 Team to harass her on the afternoon of December 31, 2020.

Mr. Wang Chenggang was arrested at home on January 9, 2021. His home was ransacked. Eight printers were confiscated, among other personal items, and seven other practitioners were arrested at the same time.

Five or six people from the Yongji County 610 Office of the Political and Legal Affairs Committee broke into Ms. Li Shuwen’s home in Yilaxi Town, Yongji Township, on January 8, 2021. Ms. Li was not at home. They ransacked her home and confiscated Falun Dafa books and photos of the founder of Falun Gong.

Mr. Han Yuntai, 82, was arrested at home by members of the Gaizhou City 610 Office and officers from the Domestic Security Division and local police station at 9 p.m. on October 31, 2020. He was held in the Gaizhou City Detention Center.

Ms. Yu Zhihong, 57, was arrested at home by officers from the Bayuquan District Domestic Security Division on September 18, 2019. She was held in the Yingkou City Detention Center. She was sentenced to a year and a half in prison on July 29, 2020.

Ms. Yu was previously arrested by officers from the Yingkou City Police Department and the Bayuquan Domestic Security Division on the evening of September 23, 2009. Her husband Mr. Wang Shenlun and their son Mr. Wang Zhiyuan (a 19-year-old student) were also arrested.

The Bayuquan District Court tried seven practitioners on March 23, 2010. Ms. Yu was sentenced to three and a half years in prison, her husband to five years, and their son to a year and a half.