(Minghui.org) Falun Dafa practitioners in Auckland, New Zealand, collected signatures on a petition and held a car parade in Long Bay, Browns Bay, Mairangi Bay, and Albany Bay on Saturday, January 16, 2021. Their activities exposed the 21 years of persecution of Falun Dafa by the Chinese Communist Party (CCP). Many people signed the petition, which called for the persecution to end. 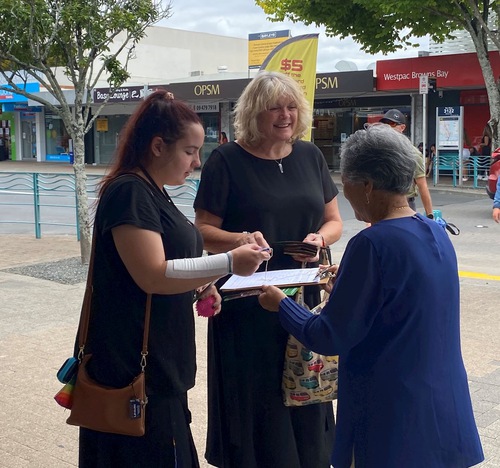 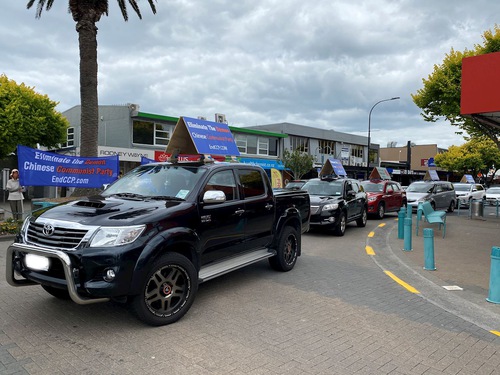 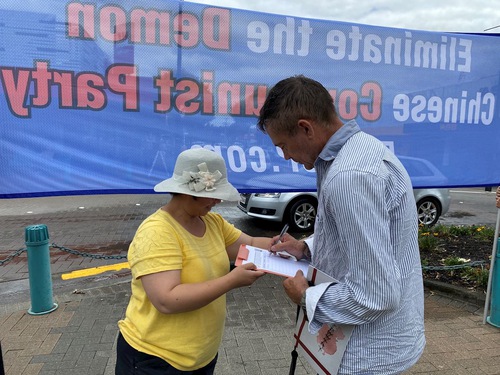 Dr. Bruce Hubbard, who said he worked at the University of Auckland, knew a lot about the CCP’s forced organ harvesting. He knew that convincing evidence had been found about the crime and it was by no means a “conspiracy theory.” In fact, his Ph.D. dissertation was about organ tourism. He said that Falun Dafa practitioners were peaceful and non-political, but the CCP was carrying out a genocidal crime against them. He took two copies of the reports on investigations into the CCP’s organ harvesting for his colleagues. 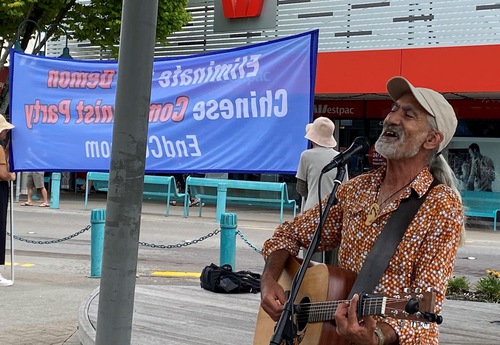 Pat Urlich, a musician, sympathized with practitioners’ experiences in China. He gave practitioners a thumb-up and sang them a song titled “Welcome Home.”

The CCP Does Not Represent the Chinese People 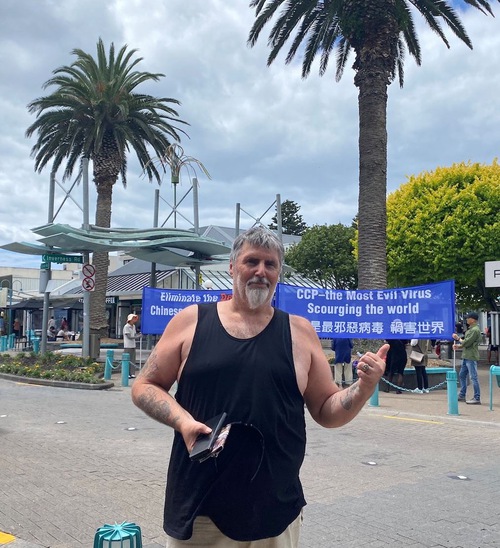 Gavin said that the CCP does not represent the Chinese people.

Using the CCP virus pandemic as an example, Gavin said, “When over two million people died from the virus, shouldn't we look for the origin? But when Australia called for an investigation into the origin, the CCP resorted to a trade war to retaliate against Australia.” Gavin said it was the CCP, not the Chinese people, who did it.

Gavin asked if there was hope for humanity when such a peaceful group like Falun Dafa could be so terribly persecuted. He said that everything he knew about Falun Dafa was positive, but everything he knew about the CCP was 100% negative. He encouraged practitioners and said he hopes their voices get louder and clearer so that more people can hear their positive message.

“Two Guangdong Women Sentenced to Prison for Their Faith”

“Don’t Back Away Whenever We Encounter Problems”