48-year-old Man Passes Away After Decades of Displacement

(Minghui.org) A 48-year-old former engineer spent most of the past 21 years – which should have been the best years of his life – either behind bars or on the run for upholding his faith in Falun Gong.

Mr. Wang Fengqiang endured constant harassment, arrests, detention, home-ransacking and torture. He was deprived of all his rights, including his right to work, raise a family and care for his daughter. His wife divorced him due to the pressure from the persecution. After decades of persecution and living under tremendous mental distress, he passed away on October 31, 2020. 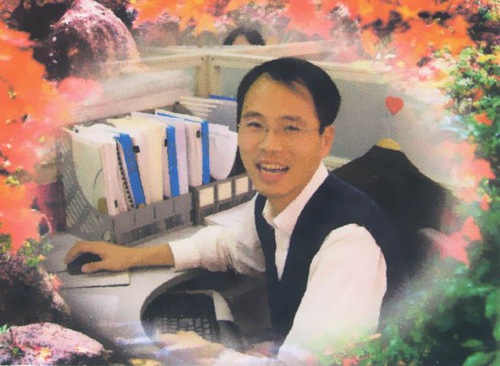 A Rising Career Before the Persecution

Mr. Wang was born on October 8, 1973 in a village in Jinling Town, Zhaoyuan City, Shandong Province. He was the youngest child of his parents, who also had two other sons and two daughters.

In 1993, Mr. Wang was admitted to Shandong Industry University, majoring in electrical engineering. He was given the “Three-excellent” Student Award, a top award for students excelling in academics, physical education, and moral conduct, every year.

Due to his hard study, he suffered migraine, liver and heart problems. In March 1996, he was introduced to Falun Gong, an ancient mind-body discipline also known as Falun Dafa. Shortly after, his conditions disappeared and he was full of energy again. In 1997, he graduated as one of the top students in his class.

Being one of the very few people from his hometown in the countryside to attend college and finish with topnotch academic performance, his parents were very proud of him.

Upon graduation, he passed the exam to become a civil servant – a position considered an “iron rice bowl” in China or “job for life” in the west. He landed a job in the Shandong Province First Prison located in Jinan City. He was given an administrative role to help manage the prison and also work at a power plant in charge of designing the generators for the prison.

In his spare time, he helped translate the technical specifics and manuals of imported technologies and generators. Many of his colleagues described him as a hardworking, humble, easy-going and selfless young man.

Mr. Wang’s life took an abrupt turn when the Chinese Communist Party suddenly ordered the persecution of Falun Gong in 1999, when he was 26.

His supervisor constantly talked to him about renouncing his belief. As he refused to renounce Falun Gong, the authorities kept Mr. Wang in custody, sent him to a brainwashing center and imposed a huge fine on him. When he still stayed firm in his faith, his supervisor fired him.

In 2001, he was arrested and held in a brainwashing center. After he was released on December 2001, he stayed with a practitioner as he didn’t have any housing in Jinan at that time. The police soon found him and arrested him again. While arresting him, one officer beat him with a bag and pressed him against the ground. Another one stomped on his back, causing him to have back pain and difficulty urinating for a long time.

The police didn’t inform his family of his arrest. A few days later, he was given 37 days of detention and transferred to the Jinan City Detention Center. After losing contact with him, his elderly mother and second brother-in-law traveled over 200 miles from Zhaoyuan to Jinan to look for him.

In the detention center, the inmates often beat Mr. Wang. The living condition was very poor. He was under tremendous mental and physical distress.

On February 5, 2002, Mr. Wang was given three years at Liuchangshan Forced Labor Camp, where he was subjected to brainwashing as well as being forced to make chopsticks, fold printouts, and make crafts.

While he was still in the labor camp, his mother-in-law, Ms. Jia Xiufen, was arrested in October 2002, also for practicing Falun Gong. Although she later escaped and went into hiding, she was put on the wanted list by the police.

After he was released, he was hired back by the Shandong Province First Prison as a contractor in TV production and sales, with a strong recommendation from his former colleague.

The police arrested his wife, Ms. Jia Yun, and his mother-in-law, on February 22, 2005. While Ms. Jia Yun was soon released as she was still breastfeeding their newborn daughter, the elderly Ms. Jia Xiufen was sent to a local brainwashing center for further persecution. After her husband was not allowed to visit her at the brainwashing center, he was deeply distressed and passed away soon after.

Mr. Wang was arrested again on August 23, 2006 after being found by a security personnel for distributing Falun Gong informational materials in a plaza. He was taken to a brainwashing center in the evening, where he soon contracted tuberculosis.

Although the police sent him to the hospital for medical treatment, they also ordered officers to watch him around the clock.

When Mr. Wang held a hunger strike to protest the persecution in the hospital, Zhang Wenyuan, the head of local 610 Office, an extralegal agency created specifically to persecute Falun Gong, slapped him in the face three times, causing his mouth to bleed and his glasses to fall into pieces on the ground. Zhang almost hit him with a small stool, but stopped as he was watched by other patients and their families. Zhang threatened him, “I don’t care if you are on a hunger strike now. Let’s see how I straighten you out when you lose all of your strength later on.”

During a physical examination on August 30, 2006, Mr. Wang escaped and went into hiding. His daughter was only two years old at that time.

A Decade of Displacement

Unable to receive medical treatment, Mr. Wang kept coughing, sometimes coughing up blood. His weak physical condition and the persecution prevented him from finding a job to support himself and his family.

Unable to bear the persecution, his wife divorced him.

Mr. Wang later returned to Zhaoyuan and hid in a place near his parents. His tuberculosis and cough kept worsening and he began to cough up blood every day. Breathing became more and more difficult for him. He was emaciated and his life was hanging on a thread.

On October 8, 2012, a group of police officers went to Mr. Wang’s parents’ home in Zhaoyuan and deceived his father into revealing his whereabouts. The police found Mr. Wang and arrested him. They also raided his residence and confiscated many of his personal items, including his laptops, printers, and many other office supplies he used to produce Falun Gong informational materials. His mother, who happened to be with him when the police came, suffered a heart attack and fainted.

The police took him to the Jinling Town Police Station. He escaped around noon and went into hiding again.

The police ransacked his parents' home in the spring of 2015 to look for him. Unable to find him, they searched their neighbors’ homes to look for clues.

In late 2019 and early 2020, both of his parents passed away. In their final years, his father suffered a stroke and was bedridden and his mother developed Alzheimer's disease.

A few months later, Mr. Wang also succumbed to the physical exhaustion and passed away in late October 2020.

Some of his friends said that they couldn’t imagine how much suffering he had gone through in those years. The place he stayed didn’t have any heat in the winter. He always had very simple meals and suffered from severe malnutrition.

“Middle School Teacher Tortured in Prison for Upholding Her Faith”