(Minghui.org) The 18th Austria Falun Dafa Experience Sharing Conference was held in Vienna on September 19, 2020. Fourteen practitioners talked about their cultivation journeys and encouraged each other to do the three things well.

Many attendees said they felt extremely fortunate to have been there, because two days later, due to an increase in coronavirus cases, other large events were canceled. 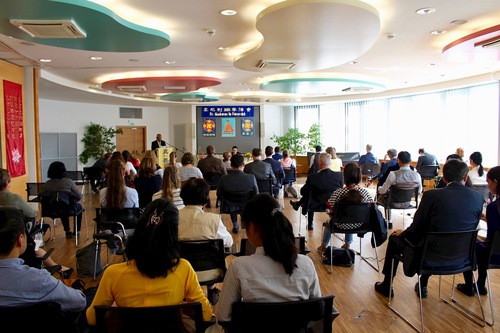 Improving in Cultivation While Making Phones Calls to China 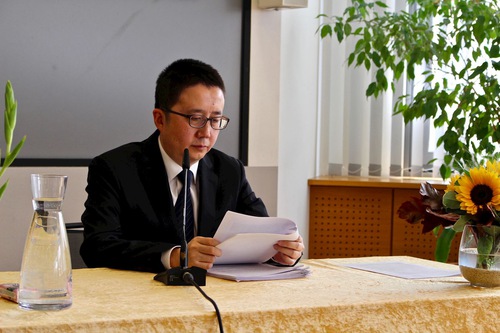 Mr. Yang spoke about how he helped make phone calls to China.

Soon after he arrived in Austria, Mr. Yang joined the RTC platform that makes phone calls to China. He was very nervous at first. He stammered and thought it was too difficult. When he regarded his negative thoughts as obstacles that were keeping him from saving people, he gradually overcame them.

He also improved his character while making phone calls. “I was upset when people cursed me. I even argued with them and thought they were not worth saving. Very quickly I realized I needed to eliminate these bad thoughts. Now when I run into situations like that, I remain calm. If the other party cannot accept what I say or swears at me, I don’t have any bad feelings about them. As I continue to make phone calls, I can feel my compassion increasing. I treat them like my friends, so I am calm and humble when I speak. I try to see things from their perspective, figure out what led them to have the wrong impression of Dafa, and clarify the facts as effectively as I can.”

Having Faith in Master and Dafa 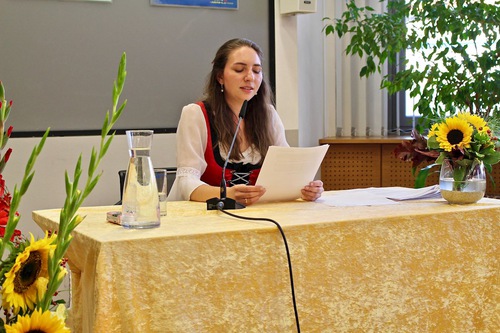 Christina told how she strengthened her faith in Dafa through resolving problems at work.

Christina found a job after graduating from university. However, she soon faced the possibility that she might lose the job. She thought she could control the course of her life through smart planning, but after studying the Fa teachings, she realized that nothing is more important than having faith in Dafa and that Master has arranged everything. Things changed when she changed her mindset: Her company started a new project and extended her contract.

Even though she was involved in several such projects, one day she was told she was being fired. By then she could handle the situation calmly.

She told her supervisor she would complete her work before she left even if she wasn’t paid. Several days later, everything changed. Instead of being fired, she was offered a permanent contract.

Raising Awareness of the Persecution Despite Difficulties 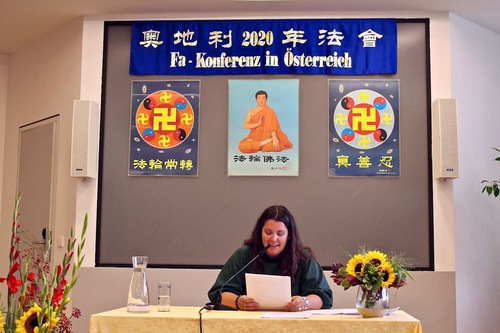 Roswitha realized how urgent it is to clarify the truth to people when Austria went into lockdown due to the coronavirus. Practitioners planned to hold activities in Innsbruck this summer. No practitioners live in Innsbruck, and due to the pandemic, the activity might have had to be canceled at the last minute. It poured the day before the scheduled event, and according to the weather forecast, there was 100 percent chance of rain for the day of the event.

“I was very confident. I kept sending righteous thoughts to eliminate any interference. We hadn’t been to Innsbruck for a long time, and people there were waiting to be saved. I asked Master for help so that more people could have the opportunity to learn about Dafa,” she said.

In the end, the sun came out and the streets were crowded. Many people came to the practitioners’ information booth. Roswitha said, “Everything was arranged perfectly. All we had to do was have righteous thoughts and be at the right place at the right time.”

Learning to Take Things as They Come 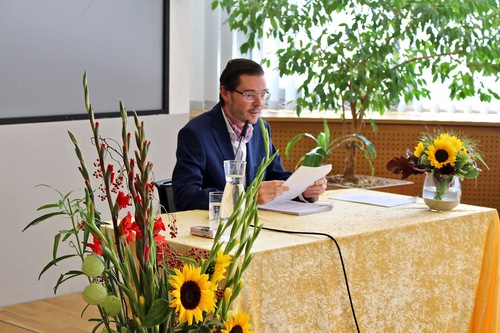 Igor talked about taking part in truth-clarification activities in England.

Igor attended the 2019 European Fa Experience Sharing Conference held in London last year and participated in the parade. He did not have any plans beforehand and just wanted to be in the parade and save sentient beings. He saw a woman holding a tag when he went to Trafalgar Square. He spoke with her and learned she was a Falun Dafa practitioner organizing practitioners to do the exercises in the parade. That was how he ended up in that section of the parade. He said, “If I’d had a specific idea, for example that I wanted to hold a banner or that I had to stand next to a practitioner I knew, perhaps I would have lost that opportunity to improve in cultivation.”