Finland: Nurse Asks What She Can Do to Help

(Minghui.org) Falun Gong practitioners held truth clarification activities outside the Kamppi Centre in Helsinki, Finland, on August 1, 2010. They introduced Falun Gong to people and exposed the Chinese Communist Party’s (CCP) 21-year-long persecution. Many passersby signed a petition calling for an end to the persecution. 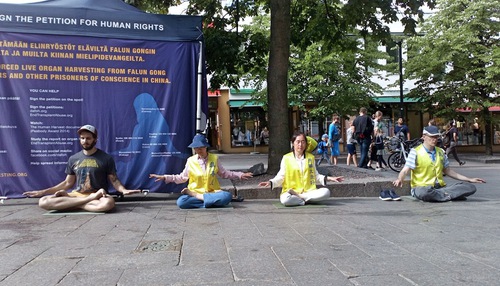 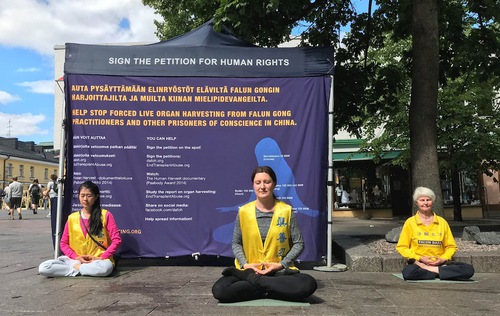 “I know Falun Gong is persecuted in China,” said a man on a bike. “I also know the CCP suppresses freedom in Hong Kong and has implemented the National Security Law for Hong Kong.”

When the man mentioned the huge floods in China, a practitioner was surprised, noting that local media had not been reporting on it. The man said he saw the news on social media and recommended a channel called “China in Focus,” produced by NTD Television.

The man later returned and asked for more informational materials so he could learn more about Falun Gong.

“I am from Iran and understand what the communist party is really like,” said Peita, a passerby. “I sign petitions to protest human rights violations.”

A practitioner suggested that Peita try Falun Gong if she was interested in meditation and showed her the Falun Gong website in Persian. Peita said that she knew the practice was good for health and appreciated the information. She said she would look into it more when she got home.

Mirja was passing by the Kamppi Centre with her friend. They saw the information about the CCP’s state-sanctioned live organ harvesting and stopped to read about it. Mirja said, “I am a nurse,” and then asked, “Is there anything can I do to help you all?” 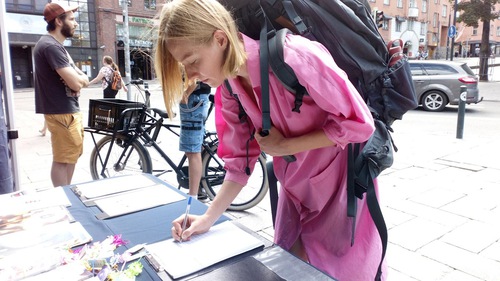 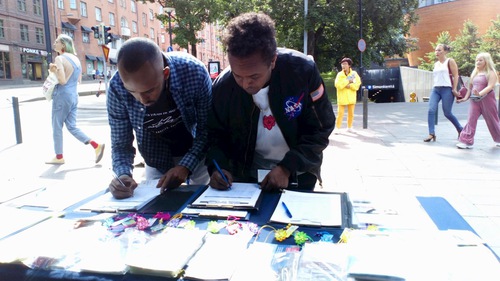 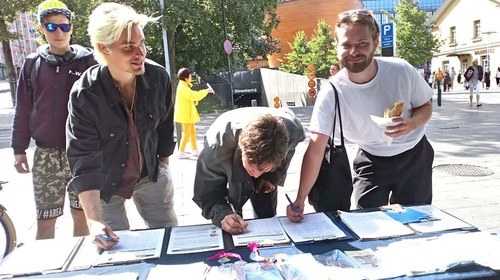 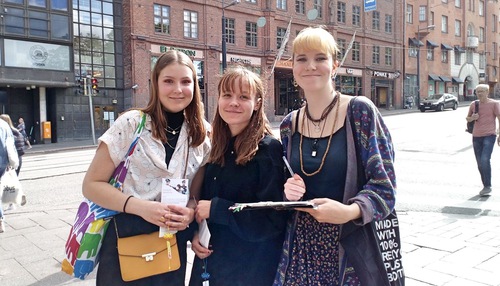 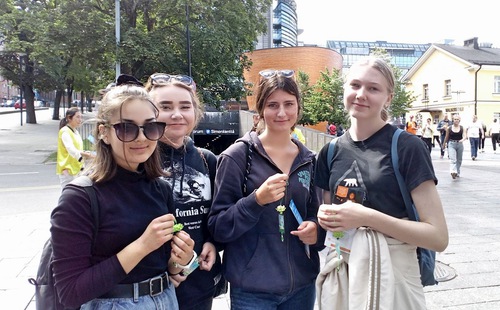 Mats is from Norway and his girlfriend is from Finland. They were passing by with their luggage but turned around when they caught sight of the practitioners’ event. A practitioner told them, “Falun Gong is a peaceful practice of the Buddha school. It was widespread in China, but the CCP started to persecute it and even sanctions the forced harvesting of organs for profit.”

“Shandong Man Fired Two Days after Being Detained for His Faith”