Once Incarcerated and Tortured for 15 Years, Guangdong Man Faces Prosecution for His Faith Again

(Minghui.org) After having been incarcerated for 15 years for upholding his faith in Falun Gong, a Guangzhou City, Guangdong Province, resident is now facing prosecution again after the police submitted his case to the Haizhu District Procuratorate on August 11, 2020. More details about Mr. Li Qiaosong’s case remain to be investigated.

Since the Chinese communist regime ordered the persecution of Falun Gong, an ancient spiritual and meditation discipline, on July 20, 1999, Mr. Li has been repeatedly persecuted for his faith.

Two Years in the Labor Camp

Mr. Li was given two years at Tuanhe Forced Labor Camp in Beijing between 2001 and 2003, after he was arrested at Tiananmen Square for appealing for his right to practice Falun Gong.

The labor camp guards forced him to sit facing the wall for long hours each day. He was ordered to have his knees placed against the wall and not allowed to move, close his eyes, or look around. Several inmates watched him and would verbally abuse and beat him if he moved.

Between July and September 2003, Mr. Li was held at the Huangpu Brainwashing Center in Guangzhou. The brainwashing center was established in 2001 by the Guangzhou City 610 Office, an extralegal agency created specifically to persecute Falun Gong. It’s located in an addiction treatment center. Hundreds of practitioners in the region have been held and persecuted here.

It’s known that most practitioners detained here were deprived of sleep, force-fed with spicy and sewer water, stabbed with needles, or had bamboo sticks inserted under their nails. Other corporal punishment methods included forced squats, standing, and legs tied up in the double-crossed position.

Ms. Peng Yinfeng, in her 60s then, lost vision in both eyes and had an eyeball falling out because of the beating. Ms. Li Xiaojin, a 41-year-old math professor, was beaten to death only one day after she was sent there on June 27, 2002.

The persecution that Mr. Li suffered at the brainwashing center remains to be investigated.

Mr. Li was arrested again in February 2006 and detained at the Maoming City No.1 Detention Center. He was sentenced to 13 years and transferred to the Yangjiang Prison in January 2007.

During the lengthy term, Mr. Li was subjected to constant torture, including long hours of squatting on one leg, hanging up by the wrists, and beatings. The guards often twisted his fingers and wrists. His finger joints, shoulders, back, and legs became deformed and swelled up as a result. 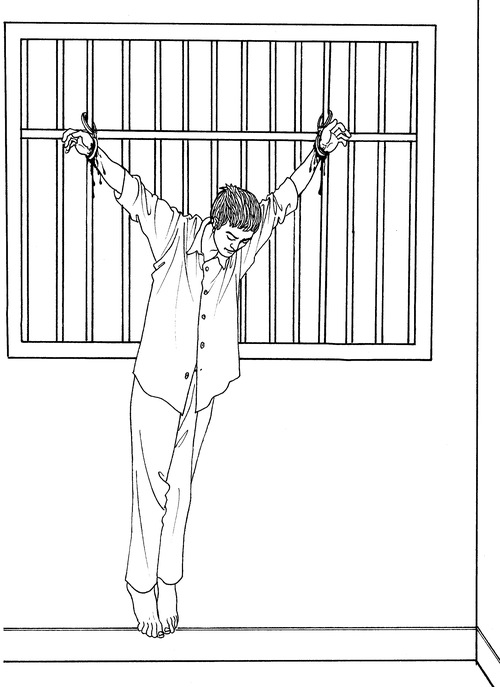 In addition, the guards also force fed him, restricted his restroom use and deprived him of sleep for more than ten days in attempts to force him to renounce Falun Gong. When he refused to comply, the guards held criticism sessions of him in front of hundreds of inmates.

“Liaoning Woman Faces Prosecution for Distributing Materials about Her Faith”