(Minghui.org) Falun Gong practitioners assembled a caravan of cars to promote the practice in Fremont, California on Sunday, August 23. The cars, with banners affixed, made stops at shopping centers including Chinese supermarkets in Fremont, Newark, and Union City. The practitioners also did the exercises together at a nearby park. 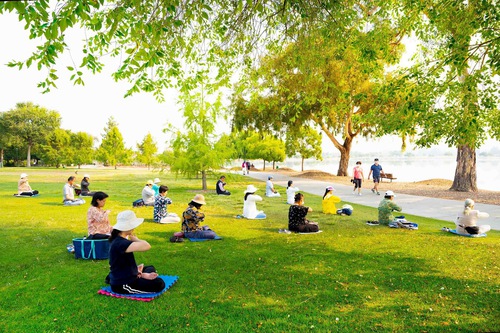 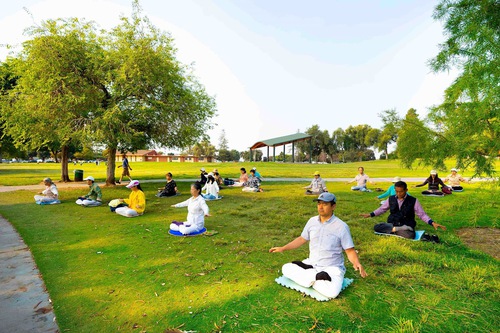 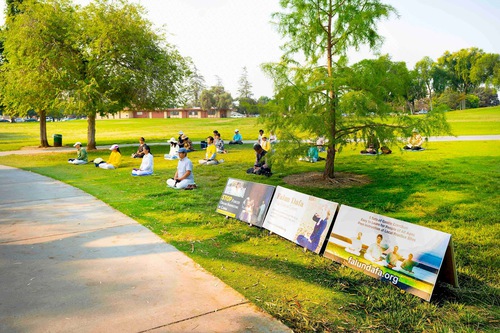 Falun Gong practitioners did the exercises together beside Lake Elizabeth in Fremont’s Central Park in the morning before the caravan took off. Passers-by in the park were drawn to learn more about the practice.

“Do you charge a fee for learning the exercises?” a woman named Irene asked while watching. A practitioner told her that Falun Gong is always free and benefits both the mind and body. “I need to learn this practice, especially during the coronavirus pandemic,” Irene said. “They appear to be relaxed and peaceful. I am interested in Falun Gong.”

“This practice is great,” a woman named Harjat exclaimed, saying this was the first time she has encountered the practice. “I wish to learn it. I will look at the Internet to learn more.” And it didn’t end there, “I will join your group practice. I will then be healthy like you.” 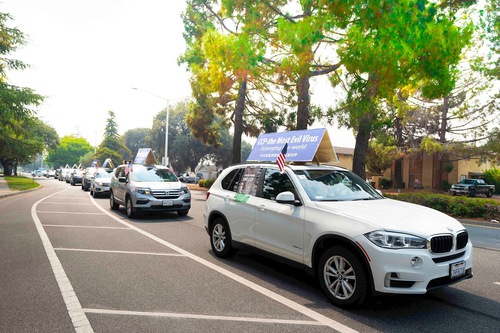 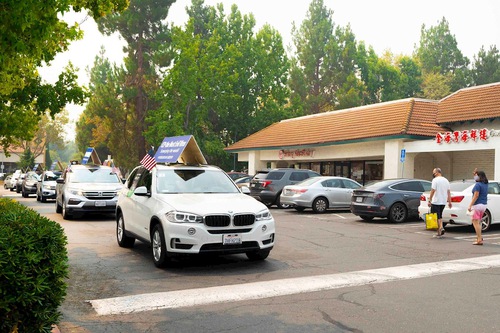 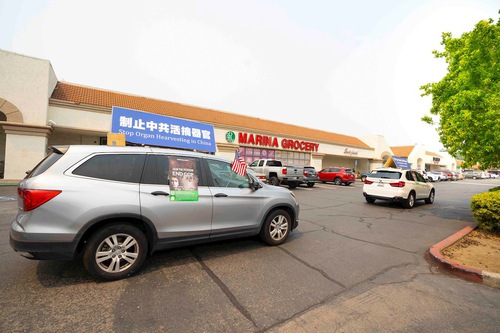 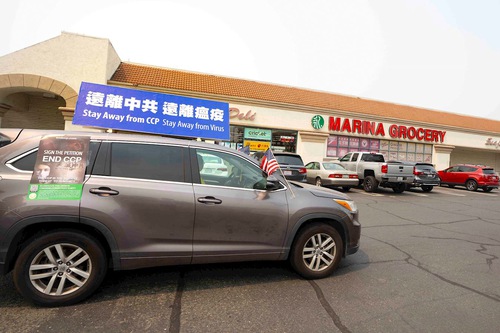 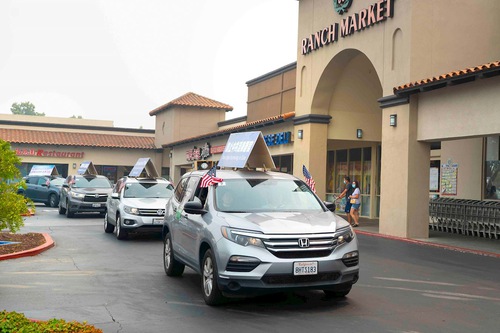 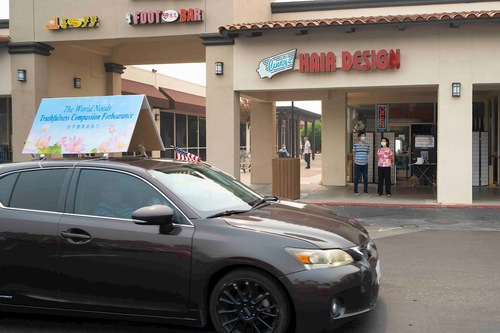 The caravan passed a Chinese supermarket. 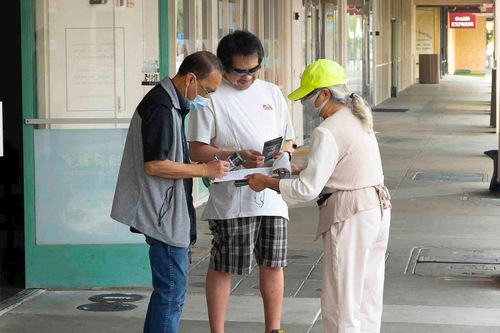 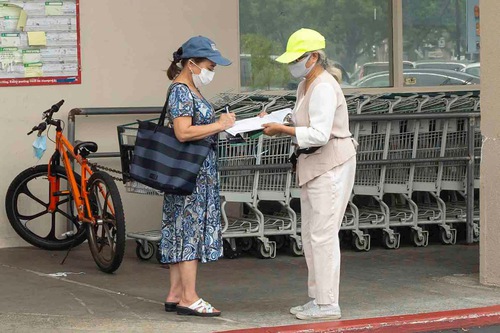 A man named Zhao and his wife are Chinese tourists who left Wuhan before the lockdown in late January. They haven’t been able to return due to the pandemic and inability to book a flight.

“I think that the CCP intentionally spread the Wuhan coronavirus to other countries,” said Zhao. “We know that the CCP does not care about the lives of common people,” he went on to say. “The CCP already knew about the outbreak on January 19, but there were many people eating in restaurants. We had dinner in a restaurant with many people, as we did not know about the outbreak. The government did not inform us about anything.”

Physical Therapist: The CCP’s Cover-up Led to Many Deaths

A physical therapist named Didi took photos beside the practitioners’ caravan. “I am pleased to see the car tour,” she said. “The CCP is too selfish. Their initial cover-up of the coronavirus pandemic has led to many deaths around the world.”

She said she saw the words “Stop the CCP’s live organ harvesting” written on the banners and posters affixed to the practitioners’ cars and that she knew about the CCP’s crimes. She hopes that a similar caravan makes its way to Sacramento, California to help more people know about the persecution.

The CCP Should Stop the Persecution

Michael, a passerby, commended the caravan and encouraged the practitioners to continue with their efforts to end the persecution.

“Falun Gong is great,” he said. “People in each corner of the world should learn about Falun Gong. Unfortunately, Falun Gong is being persecuted in China. I am happy that you are raising awareness of the persecution. You are doing great.”

A man named Sai was walking in the park and read the Falun Gong display carefully when he saw it. “The CCP should stop the persecution,” he said. He and his friends signed the petition condemning the CCP.