(Minghui.org) Falun Gong practitioners in Austria held Information Day activities at St. Anne's Column in Innsbruck's bustling city center on August 14, 2020. Many local residents and tourists learned about the Chinese Communist Party’s (CCP) crimes of harvesting organs from living practitioners and signed a petition calling for an end to the persecution of Falun Gong. 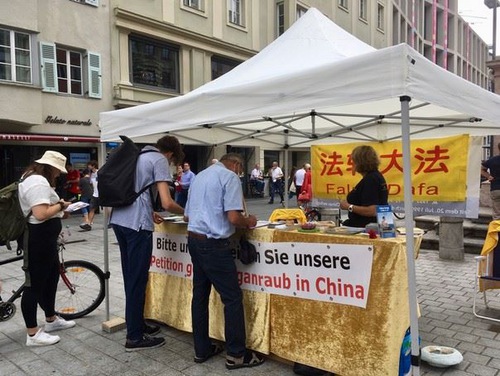 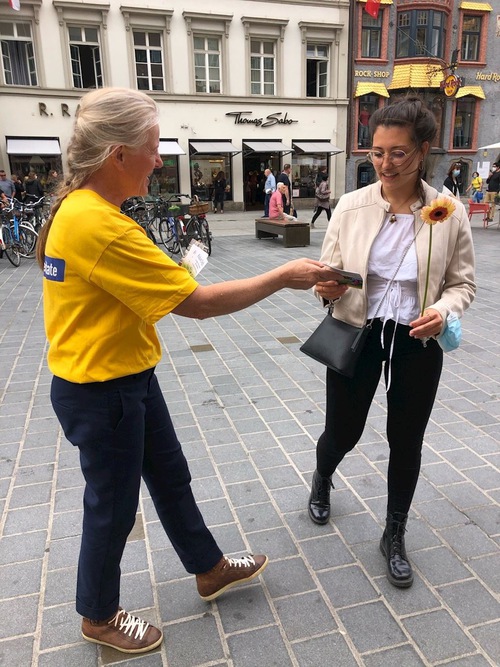 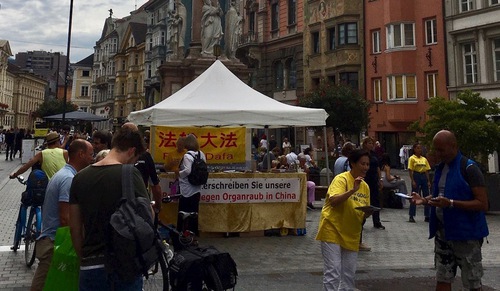 A woman and her two children stopped to learn about the persecution. The seven-year-old asked many questions. The mother signed the petition to express their support for Falun Gong.

After a family of tourists from France signed the petition, they later returned to thank the practitioners and learn more about Falun Gong.

A tourist from Korea spent a long time watching practitioners demonstrate the exercises. He told a practitioner that he heard about Falun Gong in Korea, and the Tian Guo Marching Band performance in Vienna deeply impressed him. He signed the petition and expressed his support.

“Hanover, Germany: “What You Have Done is Extraordinary””