(Minghui.org) Falun Gong practitioners in Sweden held truth clarification activities on Mynttorget, the busiest plaza in Stockholm, on August 1 and 4, 2020.

They have collected signatures on a petition twice a week since the beginning of summer. Their efforts in calling for an end to the Chinese Communist Party’s (CCP) persecution have received great public support. The police department recently approved a one-hour extension for each activity. 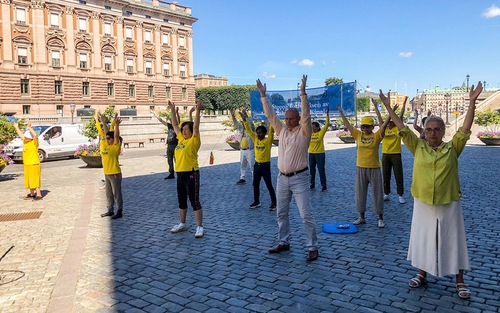 Practitioners on Mynttorget in Stockholm inform passersby about the CCP’s persecution of Falun Gong in China. 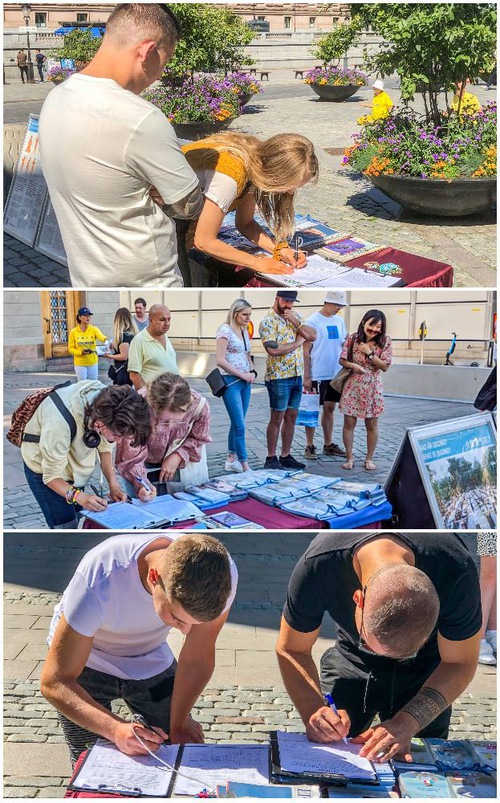 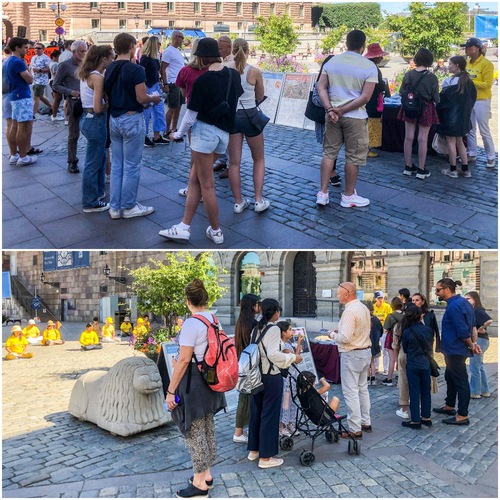 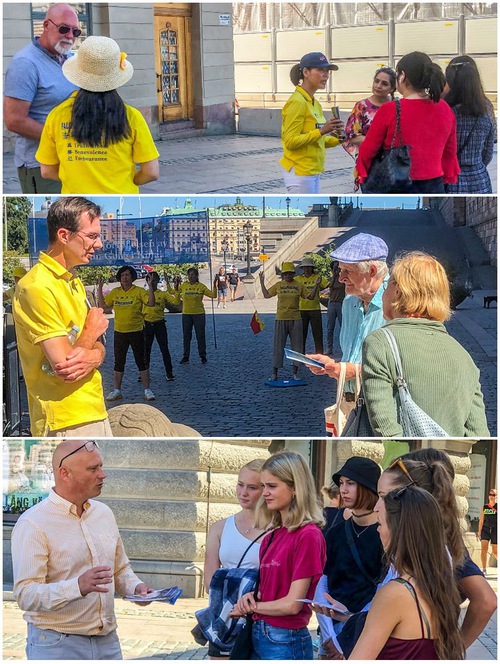 Passersby find out about Falun Gong.

Fascinated by practitioners' graceful exercise movements, a steady stream of people stopped by to learn more. Some learned the Falun Gong exercises on the spot. Others recorded videos with their cell phones.

A couple in their 70s stopped to watch the exercise demonstration and signed the petition. The man said that he had visited China and Hong Kong many times and was saddened by the recent infringement on freedom in Hong Kong. He said, “It’s hard to believe what terrible things the Chinese government has done. After I heard about the persecution today, I completely understand your sacrifice and hard work all these years. I feel for you and support you.”

Cerina, a human rights worker from Spain, said she had met Falun Gong practitioners in June. She was happy to see them again and recorded videos of their activities.

Three young people from Vietnam were interested in Falun Gong. One of them said, “I know about the Communist Party, that it is a brutal dictatorship. We are concerned about China. We know the Party isn’t the same as the Chinese people. Chinese people are kind and hard-working, but the CCP is wicked. What you are doing is great! We wish you great success!”

A woman who signed the petition said, “I know Falun Gong has been terribly persecuted. We can’t keep silent. We must speak out. Night will pass. Dawn is coming!”