New York: Raising Awareness of the 21 Year-Long Persecution of Falun Dafa and Commemorating Practitioners Killed for Their Belief

Falun Dafa (also known as Falun Gong) was first introduced to the public in 1992. Within a few years, nearly 100 million people began practicing and experienced improvements in their health and moral character. 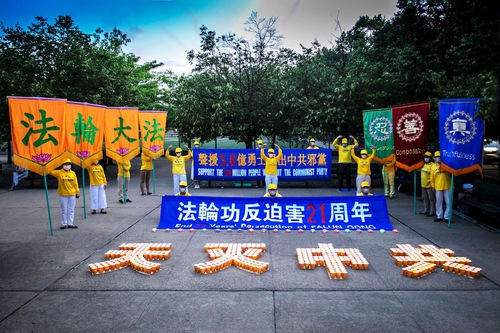 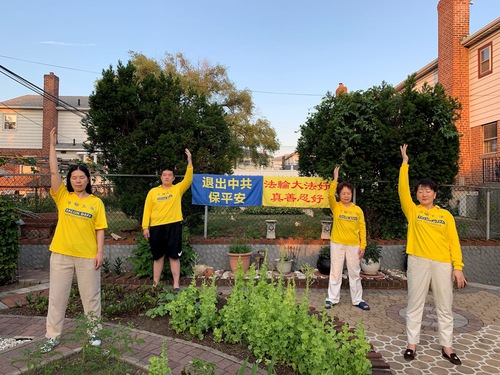 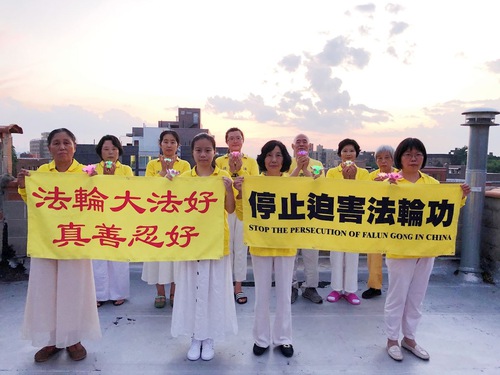 Falun Dafa practitioners held a candlelight vigil and group practice in New York on July 16 and 17 to mark the 21st anniversary of peacefully protesting the persecution.

In his speech, spokesperson Erping Zhang said that many countries are against the persecution. The United States Congress and the European Parliament passed several resolutions condemning the CCP’s persecution and requesting that it end.

The CCP uses all means and controls all media to defame Falun Dafa. To raise awareness of the persecution, some practitioners in Changchun, Jilin Province intercepted the TV signal which was broadcasting slander against Falun Dafa 18 years ago, on March 5, 2002.

The TV interceptors successfully broadcasted video programs introducing Falun Dafa, and exposed the persecution for about 50 minutes. Nearly one million viewers of 32 channels watched the programs.

The practitioners involved were arrested and sentenced to prison. Xuezhe Kim was sentenced to ten years in prison. He is the only survivor of those participants and now lives in New York.

Many Chinese people are still being misled by the CCP’s propaganda. He hopes that the US and other countries will work together to eliminate the CCP’s information censorship and accelerate the demise of the Party.

Chair of Friends of Falun Gong: Eliminate Communism from the Planet

Alan Adler, Chair of Friends of Falun Gong, said that the CCP is intentionally expanding its tyranny to the whole world. He feels these human rights violations in China will extend to other countries.

“The Party takes every disaster as an opportunity to promote its agenda of new world order,” Adler said. He pointed out that western countries' appeasement policy has failed. People living under the CCP’s suppression have suffered too much.

He called on nations to take courageous and quick action to eliminate communism from the planet and avoid the CCP's tyranny. He said that all kindhearted people should unite to condemn and resist the CCP’s persecution of Falun Dafa.

Director of Global Service Center for Quitting the CCP: The Party Will Soon Collapse

Rong Yi, Director of the Global Service Center for Quitting the CCP, said that the Party is ruining China and the entire world by its corrupt nature. More and more people who love freedom and peace are resisting the Party, and an increasing number of democratic countries are working together to protest the CCP's tyranny.

“Over 360 million Chinese people have quit their memberships in the CCP and its affiliated organizations,” Yi said. “Famous former soccer player Haidong Ho publicly issued a statement when he quit the Party.”

“It was reported that the US government is considering banning entry of all members of the CCP and their family members and invalidate the visas of those who are already in the States.”

She said that the CCP would soon collapse. She advised Chinese people to renounce the CCP in the remaining time left. She also called on the international community to stay away from the Party and help disintegrate it for a bright future.

The CCP perceived Falun Dafa's growing popularity as a threat to its atheistic ideology and launched the nationwide persecution in 1999.

The actual number could be much higher due to the CCP’s intentional cover-up and information censorship. Falun Dafa practitioners have continued to raise awareness of this persecution and introduce the spiritual practice despite the tremendous pressure.

“A Friend Told Me, “Falun Dafa Saved Me””