(Minghui.org) Falun Gong practitioners in Vancouver gathered at Vancouver Art Gallery Plaza on July 12 to do the exercises together and raise awareness of the 21-year-long suppression of Falun Gong in China. 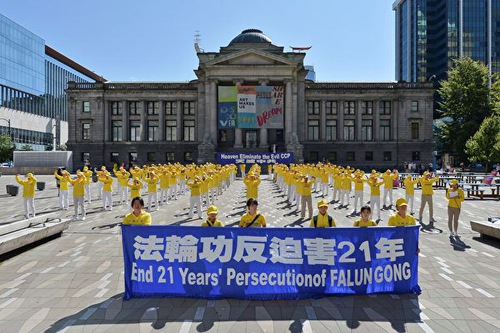 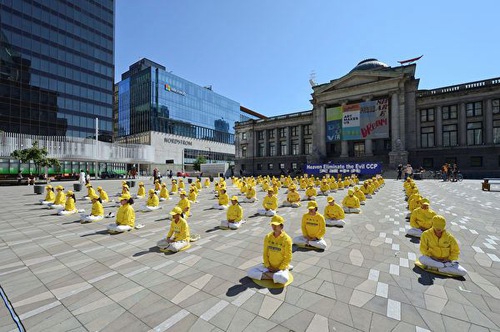 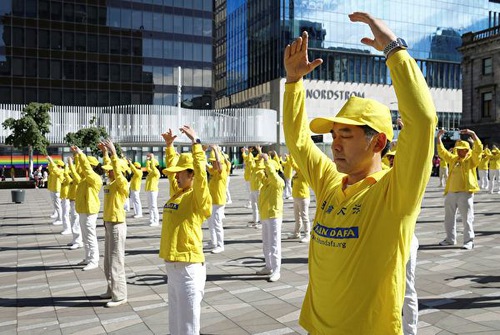 Also known as Falun Dafa, Falun Gong is a meditation system based on the principles of Truthfulness-Compassion-Forbearance. Since the Chinese Communist Party (CCP) began to suppress the group in July 1999, a large number of practitioners have been detained, imprisoned, and tortured.

In addition to providing exercise demonstrations, posters, and banners, practitioners also distributed materials calling to end the brutality. Sun Qian, a Canadian citizen, was arrested in 2017 and has been detained in China since then. After a trial on June 30, 2020, she was sentenced to eight years in prison. Her family had hired several lawyers for her, but they were forced to stop representing her under pressure from the CCP government.

A passerby named Tony said that Falun Gong practitioners are very peaceful and he could not understand why the CCP would target such a group. “Truthfulness-Compassion-Forbearance are important for society and I like such events,” he remarked. He considered freedom of belief very important and it should be protected.

Another pedestrian, Peter, agreed. “One banner says the CCP is doomed for the bad deeds it has committed—I cannot agree more with that,” he explained, “The CCP even made profits by selling organs harvested from living people. Such a regime must be stopped.” 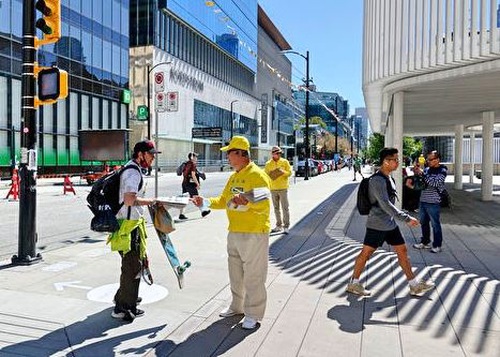 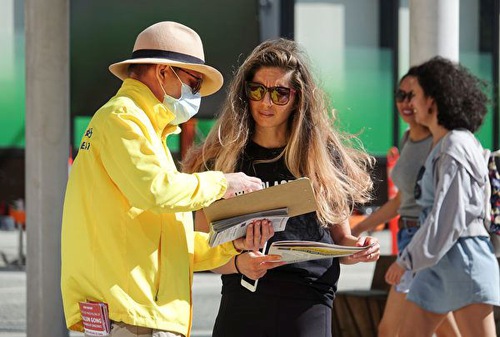 Practitioners distribute information to passersby about the persecution in China.

“I Admire Them for Their Courage”

Shalina, a Uyghur, was shocked to hear how mistreated practitioners have been for refusing to give up their faith. She said, “I had read about it and seen some documentaries. It is hard to imagine that these innocent people were sent to jails and even lost their lives during this suppression."

Local resident Liang, originally from China, she had heard about Sun Qian. “It is absurd [for the CCP] to send someone to jail just because of their belief,” she said, “In fact, I admire them [practitioners] for their courage,” she continued.

Having read a book in the past about the suppression of practitioners in China including forced organ harvesting, Liang said that the crime was outrageous. “And now the CCP wants to do the same in Hong Kong and we cannot allow that to happen,” she added.

“The CCP will surely face consequences for the harm it has brought to China and Chinese people,” she said. While wishing practitioners well, she encouraged them to continue and “witness the day when the CCP collapses.”