(Minghui.org) Today's news from China includes incidents of persecution that took place in five cities or counties in four provinces, where at least five practitioners were recently persecuted for their belief. 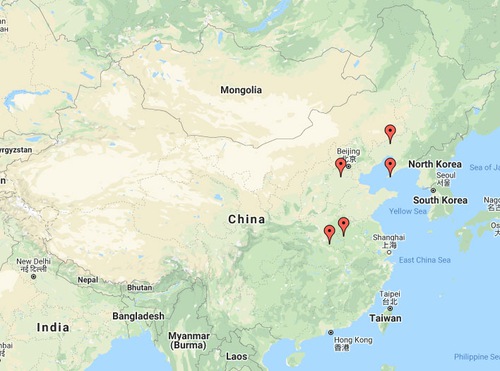 Ms. Chen Yan, 50, from Huangchuan County, was arrested by several police officers at her rented home in the family quarters of Huangchuan Cotton Mill after 10:00 p.m. on June 22, 2020.

Mr. Wang Jindong from the Pulandian District was arrested on the evening of May 9, 2020.

The director of Jiacun Township Police Station, Wangdu County, and other officers broke into Ms. Liu Qiaozhen’s home in Xijia Village and ransacked it on June 24, 2020. They confiscated a computer, printer, ink, and two boxes of printer paper. Ms. Liu managed to escape.

A Xinqiu District Domestic Security officer called the 110 Response Unit on the evening of June 19, 2020, and reported Ms. Zhao Wenli, 56, for hanging up Falun Gong banners. She was arrested and handcuffed by officers from the Huadong Town Police Station. Her Falun Dafa books, printed materials, and a cell phone were confiscated.

She was taken to the police station, interrogated, had her finger prints taken, and held overnight.

Ms. Zhao will be released on bail after 15 days of detention. Her case was turned over to the Xihe Procuratorate and court. She is facing trial.

“Head of Domestic Security Office: “We Didn’t Want to Arrest You””

“The Remedy That Saved My Brother-in-law’s Life”